Time for Deep Breaths and for Planning, Upgrading, etc. 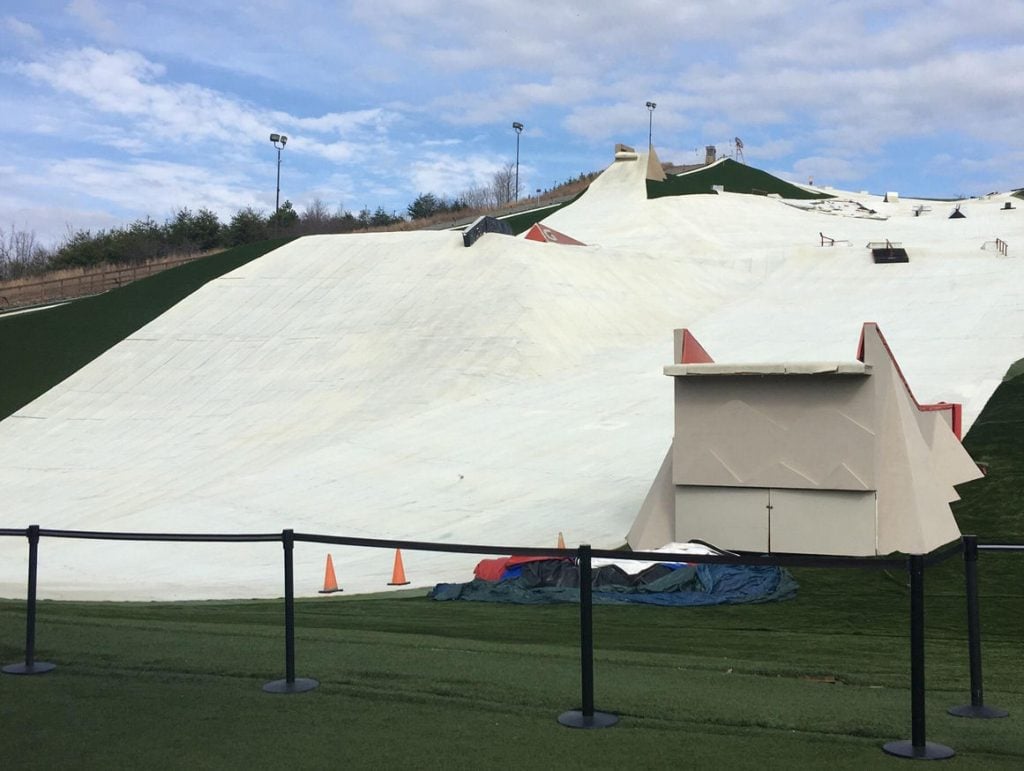 With Appalachian Ski Mountain pulling the plug on their season after Wednesday’s sessions they also officially put an end to a rather tough 2015-2016 ski and snowboarding season for all of the ski areas from Maryland to West Virginia, Virginia, Tennessee and North Carolina. The only skiing or snowboarding happening in the southeast or mid-Atlantic until maybe sometime in the Fall will be at Liberty University’s year-round Snowflex Centre. For those unaware, the “ski area” is located atop Liberty University’s serene 5,000-acre mountain. Liberty Mountain Snowflex Centre is the country’s premier point for year-round skiing and interestingly it has higher review ratings via TripAdvisor and Google reviews than most of our traditional ski areas.

Several months ago I posted some online reviews of the ski areas located in our coverage area and that prompted requests for more. I am always a little reluctant to post those kinds of things because we only HAVE (17) ski areas in our region and someone is always ranked the lowest…and that never sits all that well. The other reason is because most often there is very little difference in ratings from NUMBER ONE to NUMBER SEVENTEEN. However you guys asked so here are the ratings at season’s end.

I will say that all of the resorts graded favorably by visitors with slightly above average ratings for even those at the bottom of the list. 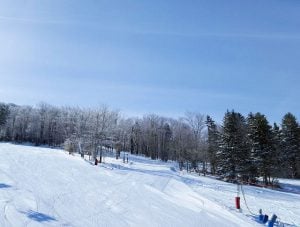 First, congrats to Canaan Valley Resort for pulling the highest overall review ratings. Canaan is a four-season resort offering year-round fun for all ages. Ditto Snowshoe Mountain. They pulled about three times the number of reviews (than Canaan) which is a sign of their popularity.

The highest number of reviews came from Ober Gatlinburg in the Smokies. Most of the those reviews are probably from the year-round amusement park, zip lining, ice skating (year round) and the mountain coaster, shops, etc. Downtown Gatlinburg attracts more than eleven million visitors a year and can grow to a population of 40,000-plus on any given night. That is pretty amazing considering the fact that Gatlinburg is home to only 3,944 residents.

Per “approval ratings” Ober was the lowest overall rated resort in the region.

Appalachian Ski Mountain – which is a WINTER ONLY ski area was the highest rated ski area in North Carolina and the 3rd highest rated ski area of all of our traditional resort. Cataloochee was a close second. Sugar and Beech were ranked in the bottom three overall. I KNOW that stings a bit, but those two ski areas arew ALSO the most visited ski areas in the state as well. Both resorts are heavily weighted for Winter activities, but Beech has really upped their game over the last few summers offering mountain bike terrain and more.

My skiMail INBOX would provide a strong debate against those TripAdvisor and Google review ratings as Beech and Sugar certainly get a lot of rave reviews and comments from our readers and conversely I have to say that I receive more complaint emails about Wolf Ridge than any ski area in the region.

ALL of the Virginia and Maryland ski resorts are ranked right in the middle of the pack and they ALL rank right at 4.0 ratings which is pretty impressive. Interestingly all of the resorts are four-season resorts offering as much or more to do in the Summer as they do in the winter. In fact, Wisp Resort in Garrett County, Maryland attracts more visitors in the summer than they do each winter. Having a location just three hours from Baltimore and the Washington D.C. area and two hours from Pittsburgh will do that for you.

Although the ratings are pretty close from top to bottom – they ARE what they are and our readers might rate things slightly different. Overall, even the lowest rated ski areas scored a “slightly above average” score. Most rated “VERY GOOD” and of course, anything from a 4.0 or above is VERY GOOD to EXCELLENT.

Perhaps WE should setup a RATINGS tabulator on SkiSoutheast.com and invite our readers to chime in with their opinions. If I were a betting man I’d say that with only an exception or two…we’d probably see much the same results. Hmmm…maybe we’ll do that.

The mountain ops crews for ALL of our ski resorts will no doubt take a day or so (really not long at all) to catch their breath and assess this past season. Those resorts like Canaan, Snowshoe, Homestead, Wintergreen, Wisp, and Ober are already transitioning from ski to golf, hiking, biking, whitewater, horseback riding, etc. However they and the rest are certainly taking a moment to review the numbers and make note of things that need tweaking to be ready for NEXT SEASON.

I’m certain that this past season’s numbers will have SOME effect on how much monies they will be able to spend on upgrades and anything new. Those plans were all mapped out weeks and months ago (and in some cases years ago) and now they’ve got about 6-7 months to bring those plans to fruition.

We too will take some time to chill (and devote to our real jobs) and then we’ll try to put our resources to work a little earlier than in previous years to bring you news of anything and everything that is NEW at each of our ski resorts for NEXT SEASON. We’ll update you on that kind of news as we get it all Summer long. We will also be doing something that we haven’t done in years and that is – we will attempt to get you some histories of each of the ski areas; how they got started and how the ‘trip has been over the years.

With that in mind, the BEST WAY TO KEEP UP WITH NEWS DURING THE SUMMER so that you don’t miss anything is to SIGN UP FOR OUR NEWSLETTER. We don’t post frequently in the off-season but when we do we will email you so that you’ll know to stop in for an update.

We hope that we’ve brought even a little of added flavor to this past season. I’ll say it one last time – it was the pits. Hopefully the 2016-2017 season will be one to remember for lots of cold and snow.