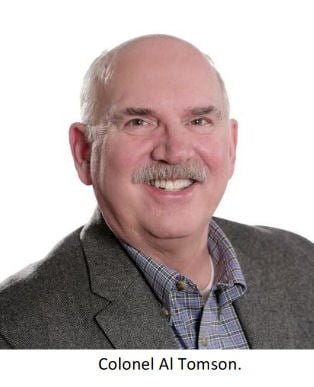 (Editor’s Note: This information was release in late November but not reported to us therefore this news is a bit dated. However, for fans of the mountain, we have provided it._
FOR IMMEDIATE RELEASE:
Davis, WV – Fred Herz, managing partner of Timberline Four Seasons Resort, is pleased to announce the immediate appointment of Mr. Alan “Al” Tomson to the leadership team in the positions of Chief Operating Officer and Chief Financial Officer. Tomson brings operational, financial, and business transformation knowledge and experience to Timberline. In his new role, Tomson will work alongside Herz overseeing, developing, and setting the strategic direction for the day-to-day operations and finances of the resort.
“We’re very excited to have Al Toms on on board,” said Herz, CEO and managing partner of Timberline. “This is a very solid step in the right direction to move forward with our plans to grow the business and make improvements to enhance our skiing and four season experience.”
Prior to his appointment, Tomson had a 32 year military career beginning as an Infantry officer and paratrooper. Among other assignments, he spent 15 years in special ops, including an assignment with the famous Delta Force.
He has commanded both Battalions and an Airborne Brigade. He spent eight years in the Pentagon and finished his career with the Army’s military intelligence community where he was responsible for a budget of $6 Billion.
After retiring from uniformed service, Tomson continued to work for the Army as a civilian Senior Executive with general officer equivalent rank. He was tasked with redesigning the Army’s security clearance process, where clearance processing took over two years, and had a thirty percent error rate. His three-year effort eventually reduced processing time to forty days with a less than one percent error. His new program created 150 jobs while saving the Army over $18,000,000 a year. The program was selected as a finalist for a Presidential quality award.
“Timberline has always revered our service members and veterans,”.said Herz. “We appreciate Col. Tomson’s military service and believe that his extensive experience will make him a very strong management team member.”
Tomson earned a Bachelor of Science in engineering from the US Military Academy at West Point and a Master of Business Administration in management from Georgia State University at Atlanta.
Tomson lives in Davis, WV with his wife Mary Anne.
Al Tomson’s connection to skiing began years prior to his birth, with his parents who skied 80 miles to Sweden in order to escape the Soviet occupation of Estonia before immigrating to America, where Tomson was born. In recent years, Tomson has served as a children’s ski instructor at Timberline.
For additional information about Timberline Four Season Resort please visit: www.timberlineresort.com
###
Previous Post
Snowshoe Mountain is the ONLY Ski Resort Open for Skiing & Snowboarding in the Region…today.
Next Post
Here Comes the Cold! Here Comes the Cold! Snowmaking Begins…again.