Thoughts of One Who Knows 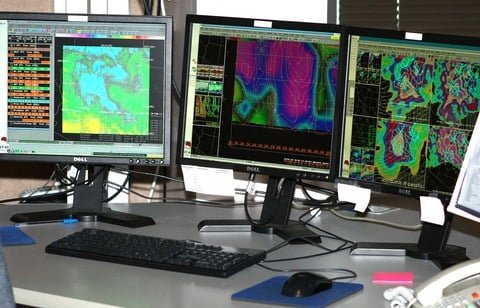 If you are a follower of this column you have read on many occasions what I think of the world of weather forecasting and how it has changed during my tenure in the ski industry in some cases for the good, but in a lot of cases for the bad.  This subject has torn at me for some time as the science of studying, reporting and forecasting what is going on outside one’s window is I think the most critical marketing tool for playing outdoors in the winter.

I decided to take a look back to what I remember how it was way back when and how I see the task of forecasting the weather is being handled these days, so I reached out for assistance from one of my most trusted weather prognosticators Herb Stevens, known to many for over two-decades as The Skiing Weatherman. Before I get into the subject matter of this week’s column, sharing Herb’s thoughts I thought you would like to know that Herb graduated in 1975 from Penn State University with degree in Meteorological Study, working after that for Accu-Weather, northeast TV stations and was a member of the original on-air crew at The Weather Channel. So when he talks about weather, I have always been all ears.

Herb remembers the day (as well as I do) when TV weather folks had to draw their own graphics and maps, using grease pens over a map of the United States and their specific region they were forecasting for, maybe not the prettiest thing to look at but effective in delivery the weather word for the consumer. Now that part of the business is more attractive as he says, with graphic packages that are provided by marketing companies that the stations buy to make it easier on the eye of the viewer.  Herb told me the new and improved way of disseminating the weather word probably helps the viewer understand the current weather situation in a clearer way, but he believes (as I do) that it also just puts a bit more sizzle into the forecasting product and in the long run makes current forecasters more reliant on the graphics or computers than their own common sense forecasting, which has grown by leaps and bounds in the last 15 to 20 years.

Now don’t get me wrong, I truly believe and have seen weather forecasters these days take those graphics and basically toss them out the window and say I just don’t think it’s going to happen that way and go back to what they learned in school and provide a firsthand account of the weather on how they think it’s really going to happen.  To those weather folks I say, bravo.

You hear these days, weather folks state that this model is indicating this and this model is indicating that and Herb says there was a day when there was only one or two computer models weather forecasters would use, now there are too many to count.  With that thought in-mind, Herb is of the opinion this has caused a number of forecasters in the industry to forget about the basics, which includes sometimes just opening up the door and seeing first-hand what the weather is like outside their studio. Unfortunately he thinks many are of the mindset that if the computer says it is going to happen, well who are they to challenge that information. Herb says the dependence on the information the computers are putting out has stopped the majority of today’s weather forecasters from doing it as he calls it “the old fashion way” by studying maps and data and providing their own forecast and not being afraid to say, “Right now I am not for sure exactly what is going to happen,” when in reality that would be the correct forecast at that moment in time.  I believe and so does Herb, that the normal viewer can’t handle the real truth and just wants to hear something they can hang their hat on, so to speak and then just blame the forecaster if what they thought doesn’t happen just the way they wanted it to.

Due to the dependence of the computer models, Herb feels that many of today’s weather forecasters are looking at weather in the world of virtual reality, not in the world of reality, which can make it very confusing for John Q. Public, who relies on that local forecaster to plan their activities.  I remember a time when I was a Snowshoe and on a Thursday or Friday or phones began to ring with cancellations for a summer weekend event.  I was asked to investigate and found out that a local weatherman had mentioned a slight chance of rain on Saturday and just that mention caused people to worry and change their plans.  The day by the way, ended up in the 70’s and mostly sunny.  Many folks missed out on a great day and frankly the resort missed out on the revenue due to a weatherman saying slight chance of rain.  Needless to say I had a chat with that weatherman to enlighten him on how he could affect one’s lively hood so easily.

Herb says the world of weather forecasting the way we basically know it these days probably started to move in this direction in 1982 when The Weather Channel began broadcasting, 24-hour weather. That’s when people began to get a bigger dose of weather and when that snowball started down the hill – it has yet to stop. Instead of grease pencils, the graphics got more sophisticated and, as they say, the beast had to be fed; along came the live reports from active weather locations.  That in itself is a topic of another column, another day. He believes no matter how good the underlying information is, people are attracted to that stuff and now we have what we have.

The moral to all this, the day of looking out the window is long gone and if your life is dependent upon what is going on outside, take a look for yourself, what you see is what you get, just knowing that it may change at any moment. 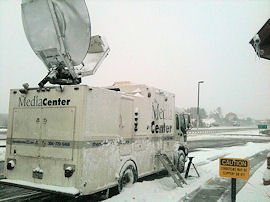