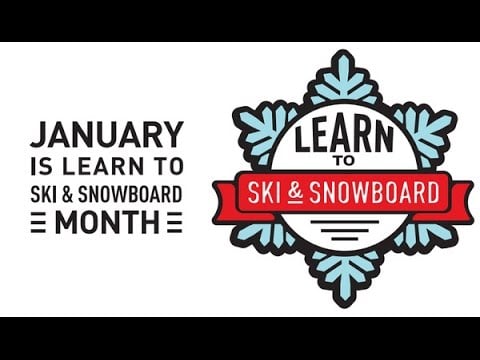 As KC & The Sunshine Band sang in 1975 (okay, don’t laugh, you already knew I was old) “That’s way, uhh, uh, I like it, uhh, uh”, as I take a tour on the various resort cams around the southeast these days.

Two weeks ago, I was scribing this column at my son’s grandfather’s house in Pittsboro, North Carolina, the temperature outside was in the mid-60’s and I, along with every winter lover was wondering if Mother Nature had gotten her lines crossed and forgotten about us. Then it happened, winter arrived in the southeast and the sound of snowguns humming could be heard throughout the Allegheny Mountains. Music to every skier, snowboarder and snowtuber’s ears.

In just over a week’s time, ever ski resort in the southeast is now providing skiing, snowboarding and some have opened their popular tubing hills. I can’t go any further in this week’s column without giving another shout out to the region’s snowmakers. For the most part there really hasn’t been any natural snow to speak of, but if you take a look at the snow coverage on the slopes at every resort right now on the resort cams page on this website, you will see with your eyes just how much work has been accomplished. See I told you when the temperatures are favorable, the snowmakers in the southeast can and do get the job done.

Now with that said, I can also not leave out the work of the groomers at this point of the season. You see, the snowmakers are really good at making piles and piles of snow on the slopes. It’s then the job of the groomers to spread all that manmade snow on the slopes for skiers and snowboarders to enjoy. Look at it this way, it’s like when you make a peanut butter and jelly sandwich. You pile the peanut butter and jelly on the bread, but it’s really not a sandwich until everything is spread out evenly for you to munch down on. The same thing applies to when a slope is ready for skiing and snowboarding.

There is natural snow in the near forecast for most of the region and that is all well and good, but the great news is that the temperatures throughout the southeast look like they are going to hold for the snowmakers to add terrain to the snow reports just about every day. So as you make plans to head to your favorite sliding place, you should feel confident that the amount of terrain open, though a bit down for this time of the season, and the conditions are very nice and good times are waiting to be had. I say again though, don’t forget those goggles because there will be snowmaking taking place, because it is all about #skiseasonreboot right now.

January is Learn to Ski and Snowboard Month and that leads us into this week’s column title, Those First Turns. It is a delight to watch young and old learn how to ski and snowboard and make those first turns in their early career of letting gravity be their friend. During this month, just about every resort in the southeast region is running promotions to get new people into the winter time sport. Not only are the promotions geared to getting new people into the sport, but they are designed to keeping the newbies energized to stay in the sport. None of that one and done stuff here.

My son has joined his middle school’s ski club and their first outing is set for later this month at Winterplace Ski Resort. This will be his first time on skis (I know, how long have you been in the industry Joe and your son is just learning to ski, what’s up with that) and I really appreciate the fact before he or any of his ski club members can advance out on the slopes on their own (even if they already know how to ski or snowboard), they have to take a 90-minute lesson. This not only helps them learn the sport the correct way as they progress in the learning process, but hopefully by not picking up on the bad habits of their friends or even their relatives, they will have more fun.

Even before Learn to Ski and Snowboard Month, www.skiandsnowboardmonth.org took root a few years ago I was always a proponent of taking a lesson from a ski professional. Even if someone knows how to ski or snowboard, to advance in the sport it’s best to have a pro watch what you are doing to help correct any bad habits you might have acquired skiing and snowboarding with friends. Many times I’ve watched friends try to convince other friends to try slopes that were above their ability saying, “Don’t worry, I can show you how to get down the slope.” That just sent shivers up and down my spine. Unfortunately, on many an occasion that lead to the new skier or snowboarder getting injured and never returning to the sport that most of love to participate in.

Do yourself and that newbie you have been trying so hard to get into the sport a favor and make sure they take a lesson before making those first turns on their own. Yes, this month is set aside to make a promotional push to get new folks into the sport, all of the resorts in the southeast go out of their way every month of the season to offer inexpensive ski and snowboard lessons because they know if someone is having fun on the slopes, they will come back and probably bring another friend with them, so they can show them how much fun it can be sliding on snow and then they can make Those First Turns.

Previous Post
Sunday Looks a Little “Rain Affected” but Snow and Cold Hits Today!
Next Post
More Snow and A Lot of Cold!