THIS TOO SHALL PASS; SKI RESORTS SHUFFLE SCHEDULES 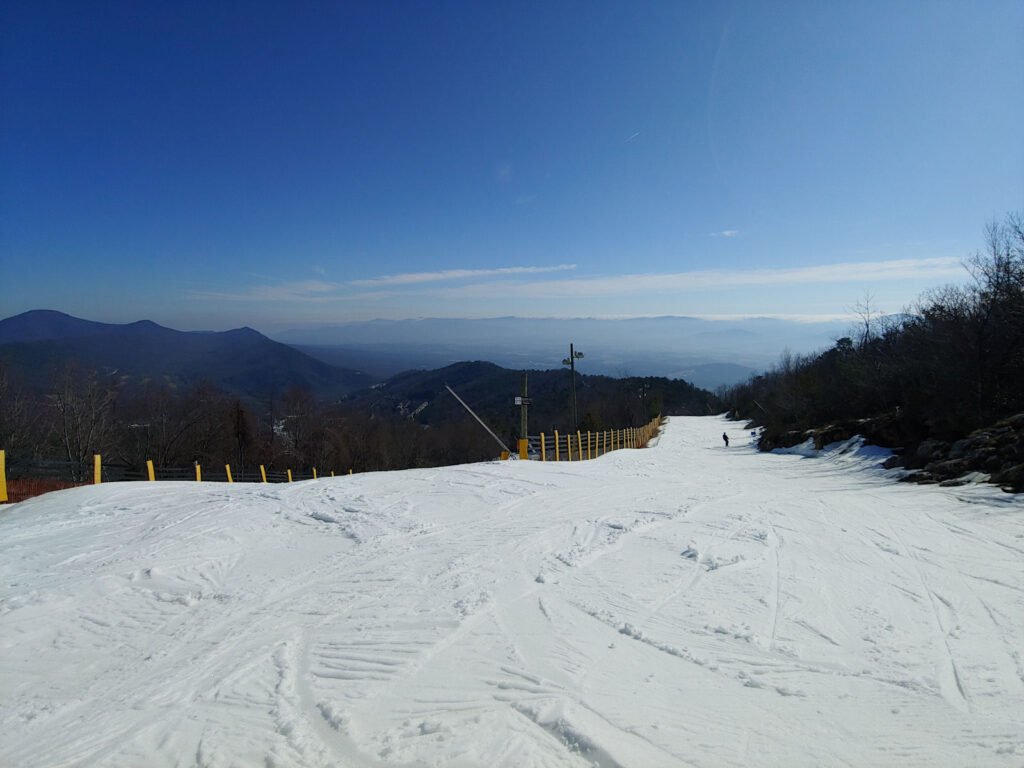 Check the SNOW REPORT for all the deets today. We’re talking other news and commentaries today.

The photo of the day was sent in by Bill Nabers while skiing at Massanutten Resort on Thursday. Thanks Bill.

Be sure to check the SNOW REPORT as some ski areas are already no longer offering tubing, ice skating or night sessions.

AS IF THIS SEASON COULDN’T HAVE GOTTEN CRAZIER

I think we are all a bit “overdosed” with news about the Covid-19 Coronavirus. However, it is affecting every facet of our lives right now, including ski area activities. What was already a challenging season due to the weather is now being affected by the threat of flu.

Snowshoe Mountain Resort cancelled their Ballhooter Festival for this weekend, while Bryce Resort decided to stick with their plans for Winterfest this weekend – UNTIL MOMENTS AGO when we received news from Bill Nabers at Bryce that Winterfest was cancelled at the last moment.

…and Canaan Valley and the WV resorts are looking at a forecast for 4-8″ of SNOW tonight!

To be perfectly honest, with all of the cancellations of sporting events all over the United States – including but not limited to the NBA, all Winter and Spring College Sports, the PGA tour (including The Masters) – I was kind of shocked not to see ALL of the ski resorts close for the season.

I will say that I AGREE with them to remain open for as long as it is safe to do so, as there have been less than 2200 cases of Covid-19 confirmed nationwide. The vast majority of deaths have been due to the unfortunate circumstances with the nursing homes and senior-living facilities in Washington state.

I’m sure you’ve all read or heard the rational that more than 29 million people have gotten the “regular” flu this winter. As of February 21st, the flu had taken 16,000 lives and hospitalized more than 280,000. Of those deaths, 105 were children. I think a lot of us are questioning why all of the federal, state, county and local governments are being so panicked over this Covid-19 strain that has affected 2200 or so confirmed cases and taken 41 or so lives nationwide.

Some are questioning, “Is it what we don’t know or what they’re not telling us?”

Regardless, I think most of us feel that if the biggest complaint that comes from all of this action/over-reaction is that very few people get sick from it…then we’ll be thankful for that. Some will certainly argue that this has been a huge, politically charged over-reaction and others will claim that the reason that the virus didn’t spread horrifically was due to these nationwide, focused precautions.

The hope is that in a few weeks we can all talk about this in the past tense and without the loss of a lot of lives.

That all said, all of the ski resorts in the region have been holding internal and consultative meetings regarding whether to remain open. Many have emailed intended guests of additional safeguards that they can take to minimize risks of catching the virus. 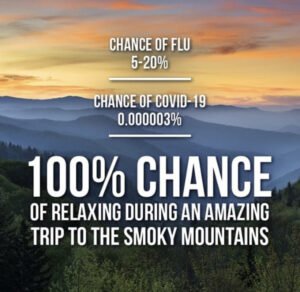 I can’t speak for ANY of the ski resort management peeps, however, I think the general consensus has been akin to something I saw yesterday, advertised by a cabin rental company in Gatlinburg.

I will say that one look around the region’s LIVE webcams right now is showing very sparsely populated slopes. I saw the same thing at one of my favorite restaurants last night with only 5 tables occupied by guests.

Wisp Resort in Maryland closed down abruptly on Friday afternoon and posted this message:

Thank You For A Great Season, We Look Forward To Seeing You At The Resort In The Future.

Normally we would be talking about 2-3 resort closures and then posting the standard closing dates such as next weekend or perhaps as far out as March 29th or even into early April with the qualifier of “Weather Dependent”. Unfortunately with the way this Covid-19 news has changed DAILY lately, we kind of have to believe that those resorts that would normally stay open until March 22nd or 29th – MAY be announcing earlier closing dates OR the idea of “Remaining open until March 29th, weather AND Covid-19 dependent”.

That is the world we are living in right now.

That said, HERE is what we know as of right now, Saturday, March 14th:

All resorts are taking necessary precautions…disinfecting surfaces, etc… and advising guests to be cautious and stay away if they suspect they are sick in any way. There ARE (11) ski areas open for business today in the Southeast and mid-Atlantic.

NO ANNOUNCEMENTS MADE YET, INCLUDE:

Some ski areas have always made it a goal to stay open as long as possible and more often than not – as long as their is enough “skier interest”.

Obviously, the current Covid-19 situation may and probably WILL effect those decisions.

SOME TBD (TO BE DETERMINED)

Winterplace Resort – we have them listed here as well, as we do think they may close prior to March 28th.

Bryce Resort – They are holding their Winterfest Festivities as planned today, but call any further days ahead “To Be Determined”.

THOSE ALREADY CLOSED FOR THE SEASON INCLUDE:

Here is another photo sent in by Bill Nabers on Friday: 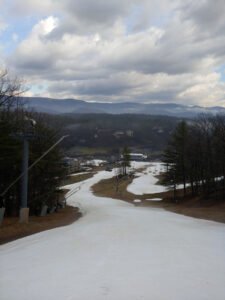 He also wrote,
With ski season winding down this weekend; I’ve been trying to get some skiing in before it’s gone. I went to Massanutten on Thursday and spent the morning yo-yo-ing on Lift #6 (Paradice and Diamond Jim). Enjoyed the soft snow till my legs were tired. Starting to get thin but still covered and fun. Congratulation to Kenny and crew for battling the crazy winter weather to provide winter fun. Officially they are suspending operations next week, but I can’t see the top of the mountain making it to the next weekend.

Today (Friday) I worked ski patrol at Bryce. Soft snow and warm weather were the theme at Bryce as well. (I never put my jacket on and instead patrolled in my vest.) Skiing was good in the morning but got slow in the afternoon. (Same as yesterday.) Thin and narrow but still enough snow for Winterfest on Saturday and closing day on Sunday. (THEY JUST ANNOUNCED CANCELLATION OF WINTERFEST)

I didn’t get to Wintergreen or the Homestead this winter but looking at the Web cams they, like all of Virginia, struggled this winter. None of us got as much cold air and almost no snow from the sky in this unusual winter. Solid bases were never allowed to set up like a normal winter and the ground was soft adding to the misery that the warm air and abundant rain brought. But despite that, there were many days of winter fun to be had by all. Hats off to all those who worked so hard to make that happen here in the Old Dominion. Hope WV can hang in there till we get a cold day or two. I’m not ready to hang up my skis, yet. Downhill Bike season will start early at Bryce this year. That should crank up by the third weekend in April. Stay safe and well.

In the case of Sugar –

Yes, Sugar Mountain Resort has over-reported natural snowfall this season by a whopping 20.7″!