Things are picking up at the Southeast and Mid-Atlantic resorts.

Appalachian Ski Mountain joins Sugar Mountain as open resorts today, and we received several emails and announcements overnight of updated opening days – including a few who are opening this weekend.

Over at App Ski Mountain, they are opening with a 30-40” base of manmade packed powder and frozen granular. Opening day will feature eight open slopes with three lifts running.

Sugar Mountain is skiing and riding on a 20-34” base with seven slopes and three lifts open.

Conditions are looking for great for this time of the year. 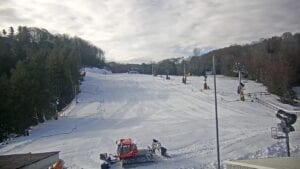 Cataloochee is looking primed and ready for their reopening on Saturday.

After a week of focusing on snowmaking, Cataloochee is set to reopen on Saturday with lifts spinning from 8:30a-4:30p. They will be updating us throughout the day on their reopening plans as far as what slopes they expect to open, etc.

Bryce Resort announced late on Thursday a unique twist for opening weekend as they will be open for both skiing and biking. They are offering a combo ticket for $25 with hours set for 10a-4p.

Massanutten also announced this morning about their earliest season-opening ever as they will open on Saturday, November 23.

They will also have special early access opening on Friday, November 22 for season pass holders and property owners only. The resort is also offering early bird pricing on or before November 30.

On top of it all – we are just one week away from seeing Snowshoe kick off the 2019-20 season and eight days away from Beech Mountain doing the same. I fully expect we will hear more updated openings throughout the weekend and early next week.

All of the resorts have been taking advantage of the cold cranking out piles of snow this week. One look around the cameras at Resortcams shows off the mountain ops crews’ hard work.

As always, be sure to #ThankASnowmaker because they have outdone themselves this week. 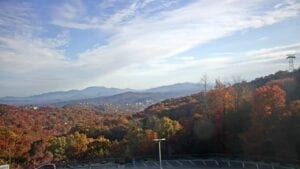 Check out this view from the Ober Gatlinburg tram camera.

It’s hard to believe that we had temperatures in the 70’s on Halloween (which was just two weeks ago) and now we are skiing and board all across the region. That is just incredible.

Weather-wise we are looking pretty good the next week or so – even though there is no real chance of natural snow (boo!). Temperatures and conditions should allow for snowmaking a few nights in the next seven days to refresh the slopes.

Feel free to email me at [email protected]
We would love it if you would LIKE/FOLLOW US on Facebook and Instagram.
https://www.facebook.com/SkiSoutheast
https://www.instagram.com/skisoutheast