The Woolly Worm Prediction is in 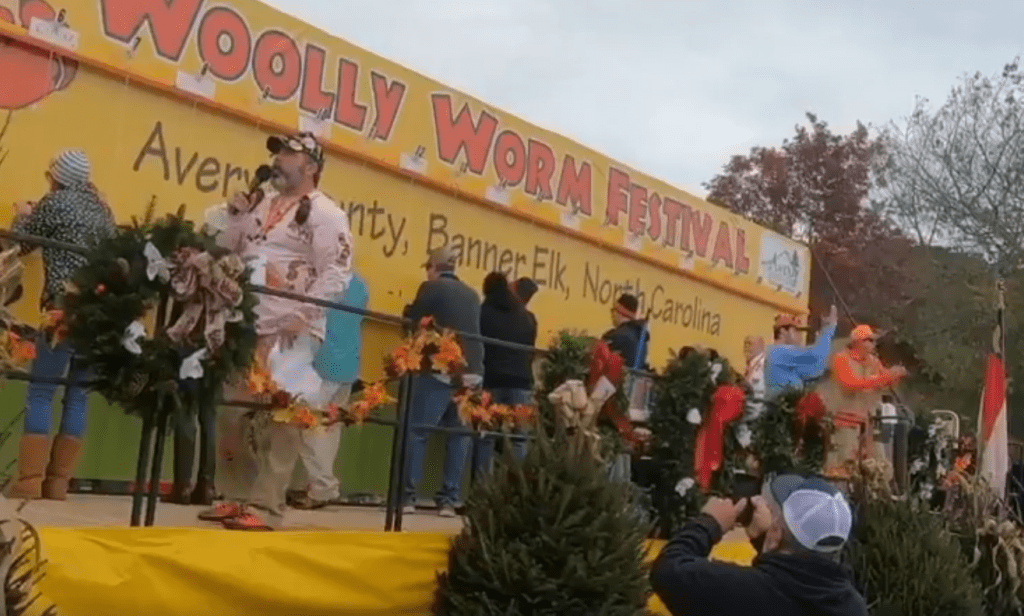 The official Woolly Worm prediction for winter is in.

“Wild Worm Will” won the honor of being the predicting worm for the 2019-20 winter season at the Woolly Worm Festival in Banner Elk over the weekend.

At the Woolly Worm Festival in Banner Elk, worms compete in races to see which worm is going to be the official predictor. This year’s winner was “Wild Worm Will” and is owned by Leslee Brown of Wilmington.

If you’re unfamiliar with using Woolly Worms to predict the weather, folklore says that you can look at the colors of the worm in its 14 segments to see what winter is going to bring our direction. The designations for the different colors are:

According to “Wild Worm Will,” the first week of winter will have cold weather with snow to start with chilly weather and wintry precipitation the next two weeks. Another week of cold and snow will be followed by two weeks of above-average temperatures, and then a cold period for four weeks.

A week of cold and wintry mix will be followed by two weeks of above-average temperatures to close out winter.

I see snow and cold behind quite prevalent in the worm’s prediction so I will take it.

Mike was at the Woolly Worm Festival on Saturday morning and did some really cool live video showing the sights and sounds over on Facebook. Check it out below.

As we tick closer to opening day (31 days – weather permitting), we will be sharing more winter predictions and the latest from the resorts.

Be sure to follow us on social media for all kinds of great content, contents and other random surprises.