The Winter Weather has Arrived 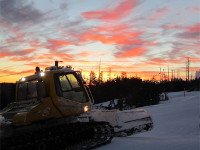 The saying that if you don’t like the weather just wait a minute is truer today than when first spoken.  When I first looked at Wintergreen this morning to update the snow report they were warning that they were expecting the ice to start around 12-noon and were more than likely going to close down midday.  Now I look at it again, 1 hour later, and they went ahead and shut down for the day due to the ice hitting sooner than expected.

I’ve mentioned it before, this is the catch-22 we face with trying to get this post out to you as soon as possible.  We want to let you know early what you can expect so you can plan accordingly.  However, we are typically up and running before the resorts have a chance to thoroughly assess their unique situation and update the public at large.  So, I guess the moral of this story is – take what we say with a grain of salt.  The First Trax post is a snapshot in time, and an early one at that.  Make sure to check the mountains often before heading out. 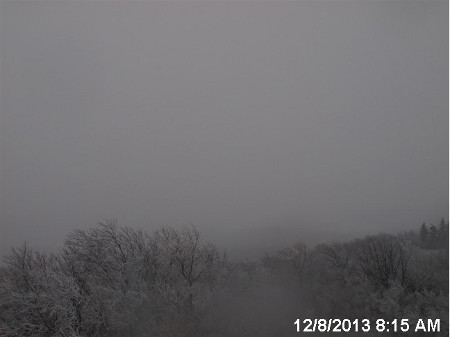 One, the ice has started to form on the trees, and two it is foggy out there this morning.  A look at some of the other cams in the area confirms that that the low clouds are not isolated to West Virginia alone. 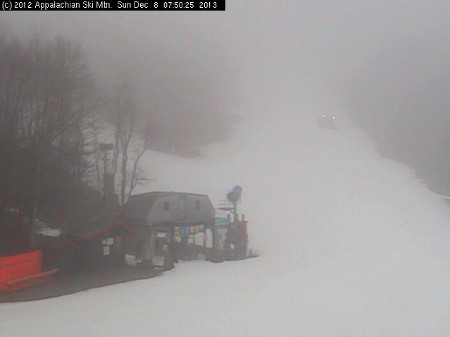 Just about the entire Southeast and Mid-Atlantic mountains are under a Winter Storm Warning or Winter Weather Advisory – with ice as the main threat.   The good news is that along with the ice, up to 3 inches of snow will fall in the Virginia and West Virginia mountains.  Closer to home here in the North Carolina High Country we’re looking at ice and freezing rain.

Taking a look at the happenings around the slopes.  Looks like Winterplace had a nice Saturday as coverage was good and the weather held out – looks like it was the best day to be out this weekend. 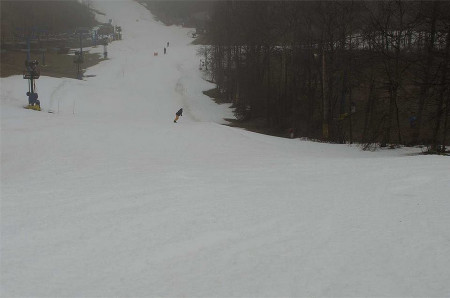 Ober Gatlinburg is having the final weekend performance of their annual Christmas on Ice show at 5PM today. 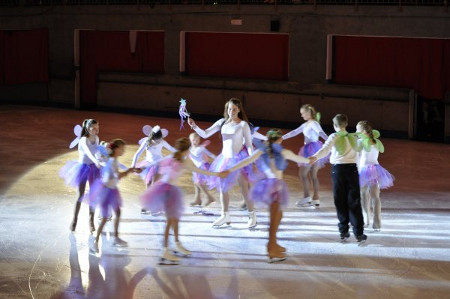 And finally, today is the last day to ski at Appalachian Ski Mountain for $5 as they celebrate their anniversary weekend.

You guys be careful out there today and don’t let the ice get to you.  Along with the ice come cold temps and the sweet sound of snow being made as the guns fire away.  We’ll have to wait for the humidity to drop a bit however…