The Weekend Looks to Have Been Very Good to the Resorts 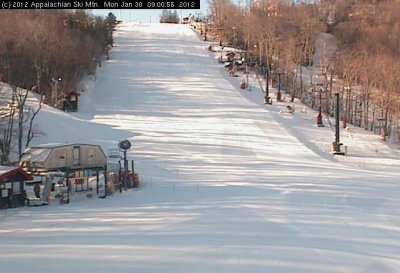 Welcome back to another week people! It’s hard to believe that January is almost over. Crazy. It looks like the weekend was very kind to all of the ski areas. This morning things look pretty good on the cams. Honestly, I didn’t really pay too much attention to things this weekend as I was down in Charlotte. It was really weird being up here in the mountains on Friday and then going into downtown Charlotte for a Checkers game that same night. It’s like a whole different world. Anyways, my friends were at Beech all weekend though and they said it was pretty good out there. Other than Tom (carvebeast) possibly breaking his tailbone, they seemed to have had a great time. I’d imagine fun was had at every resort this weekend.

We actually have some natural snow to talk about this morning as Canaan, Timberline, Wisp, and Snowshoe all are reporting new snow this morning. Timberline and Canaan have seen 1.8 inches in the past 24 hours. They’ve actually had 3 or so inches over the course of the weekend. Wisp is reporting 3 inches in just the past 24 hours. Finally, Snowshoe has only seen a trace of new snow but they still have the most terrain open for skiing and riding in the region…by a landslide. 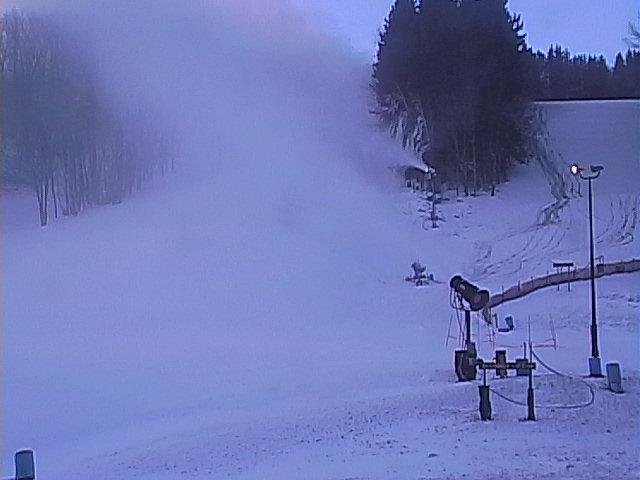 <<< Canaan Valley is looking nice this morning after 3 inches of snow has fallen over the weekend.  In addition, you can see that they are blasting the slopes right now.  It should be a fun day up there! 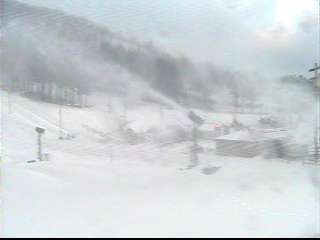 Wisp Resort is looking mighty fine as well.  They too have seen 3 inches of snow in the past 24 hours! >>>

Like I already said though, everywhere is looking good this morning. It looks like everyone made snow last night, so no matter where you’re riding today conditions should be good. Bluebird conditions are in effect as well and it’s also a hoody day at a lot of places. In fact, tomorrow looks to be much of the same and even a bit milder.

I’m stoked to get back out tonight and ride after work. I get off work at 4 o’clock, so as we get later in the season I can bolt to my house, grab all my gear, and get out to App by 4:45 and still have a good hour or two of riding with some daylight. I’m really interested to check out the Thingamajib feature they set up for the competition this weekend. It looks pretty awesome. Mainly I just want to hit some jumps. I don’t really do any tricks but I just like to go big and catch some huge air. 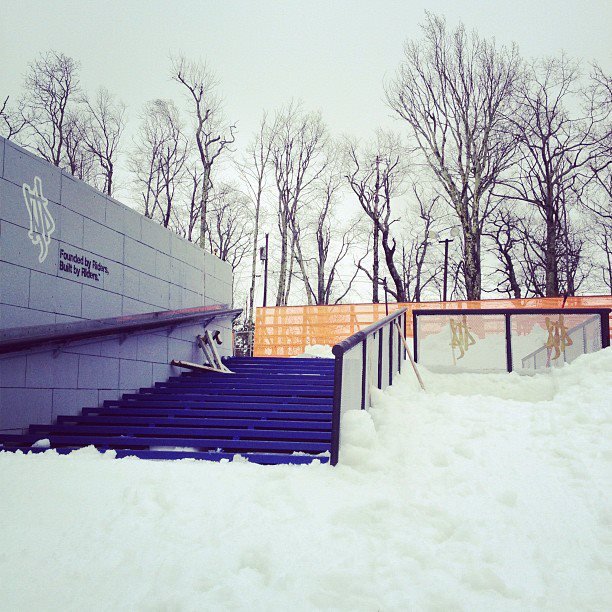 Get it while you can because the middle of the week looks a little iffy in terms of the weather. I’ll talk more about it tomorrow.

On a random note, it’s pretty interesting to talk to people outside of the skiing and snowboarding community about the current conditions. A lot of folks really have no idea about snowmaking here in the region. The weather in the flatlands has been pretty mild this winter and a lot of people just assume there is no snow to speak of. I was talking to my grandma this morning and when I told her that I was going to ride at App tonight, she asked me how because she didn’t think there was any snow. When I told her App has feet and feet of snow on the mountain, she was pretty shocked. It’s funny to hear people’s reactions when you tell them this stuff. 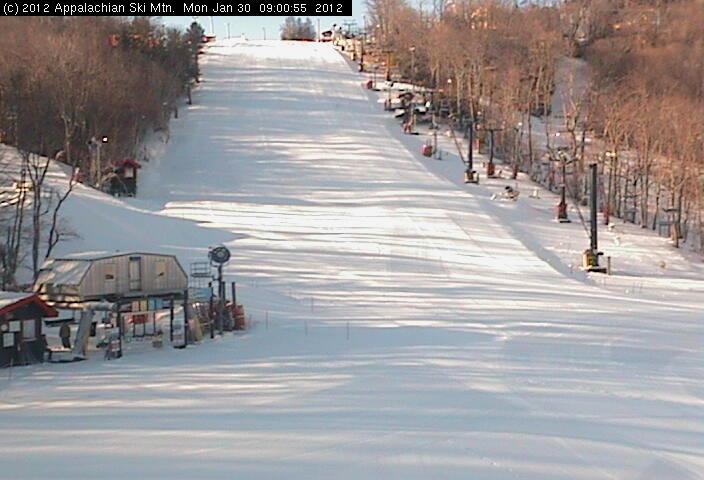 We’re pretty lucky to have snowmaking like we do nowadays. Can you imagine being a skier or snowboarder 30 or 40 years ago in a winter like this? You probably would have had 5 days of riding by now at best. I’m only at 13 right now and I feel lucky as can be to have had that. I’m shooting for 30. Hopefully the weather will cooperate.

THE SKI NORTH CAROLINA SUMMIT IS THIS WEEKEND!

Don’t forget, Saturday is the SkiNC Summit at Beech Mountain Resort. It’s going to be pretty informal this year (not that it is ever really formal in the first place) and a bunch of us will be out and about on the mountain having some fun. Look for a bunch of us to be grilling out lunch in the parking lot around noon and come join us if you want. You can’t miss us, trust me.

Beech is offering $20 off lift tickets for either a day or twilight session. The only stipulation is that you have to be a messageboard member and you have to present the coupon. Read more info about it HERE and sign up today if you already haven’t. It should be a good time!

I promise I will have some more info about the Ski Southeast Summit at Snowshoe sometime this week. It’s going to be a bigger event so it takes more planning! Look for more details in the coming days.

Not much has changed at the ski areas since Mike filled you guys in on things yesterday.  There are a few more open trails and base depths have risen several inches at a number of places.  Other than that, things look similar.  Head on over to the ski report page for all the details though.

Previous Post
Massanutten Resort was a hopping busy place on Saturday with great snow on the slopes and bands in the lodge!
Next Post
Bluebird Skies and Sweet Corduroy to Be Had at Sugar This Morning!