The Thaw After the Storm 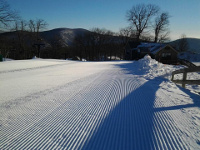 We’re in a bit of a warming trend, as you’ll notice while you peruse the snow reports this morning.  It is considerably warmer than this time yesterday and the 24/48/72 hour snowfalls are starting to rotate out to 0”.  We’re also seeing the bases at a few of the resorts fall a bit.  The natural snow is great and all, but it does not have the staying power of its manmade counterpart.  The word “powder” is also starting to disappear from the snow reports and is being replaced by "Groomed", "Loose Granular", and the dreaded "Wet Granular".  It was a good run, right?! 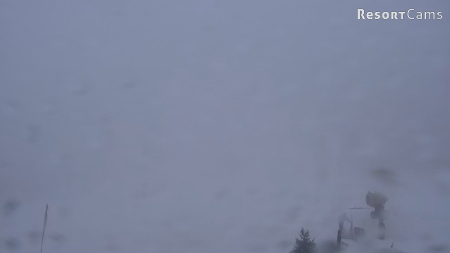 Snowshoe is somewhere in there.

As many of you already know, as we’ve been promoting it pretty heavily in this post, Snowshoe has started up their Ridiculous Pass again this year.  You can check out all the details here.

Appalachian Ski Mountain has also started to sell passes for next year.  You can buy next year’s App Pass and ski the remaining 5 weeks of this season for free.  Details are here.

I, personally, and not ready to talk about the end of the season yet, so we’ll leave it there.  BUT, I will mention this – Snowshoe announced yesterday that they are extending this season to the weekend of April 5 & 6th.  That’s going to be some party, for sure!

This next story has been around for a couple of days, but I didn’t want to share it while we were getting all of our glorious snow.  Porter Fox, an editor for Powder Magazine, recently released a book titled, “Deep: The Story of Skiing at the Future of Snow.”  I have not read the book yet, but I have ordered it, but apparently Porter Fox paints a not so grand picture for us.  The New York Times picked up the story and wrote an opinion piece called, “The End of Snow?”  You can read the New York Times story here.

Don’t forget about the a happenings at Beech Mountain this weekend.  First, it is the Totally 80’s RETRO Weekend and on top of that they are having a banked slalom race on Saturday.  Check out our announcements for more information.  I am very much looking forward to hitting Beech this weekend and hope to get the chance to meet and make some turns with as many of you as possible.  Please email me if you are planning on being at the festivities.

You might want to pack your wet weather gear for today – I’m just saying.