The Sun Doesn’t Always Shine, but the People Do…

The photo of the day is from Snowshoe Mountain this morning, where it is 2° at 8am. 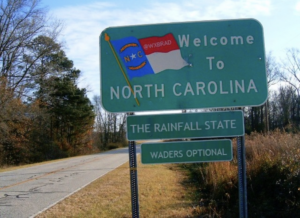 Funny photoshop photo that has made the social media circles this week! Click to Enlarge!

I read a fake news, social media post that actually inspired today’s FirsTrax title. Well part of it anyway. What also inspired it was the many emails and other social media posts that have poured in about all the wet weather we’ve had and the fact that the sun hasn’t shined a ton recently. In fact, up until Friday (yesterday) we’ve had very little sunshine and as much as 2″ of rainfall (in Western North Carolina) over the previous ten days – dating back to February 9th.

Of course, we had some natural snowfall and way too much in the way of ice, sleet and freezing rain during those same ten days, but those cloudy days prompted some emails and comments from people who were visiting the region’s ski areas during this wetter-than-desired period.

I should mention that while all of this under-developed stuff was falling from the skies here in WNC, there has been a bunch mounting snow falling into West Virginia and Maryland, where as much as 10″ has accumulated over the last 4 days!

Speaking of People Shining: One of the nicer emails I have received recently was:

“I am from up north but visiting friends in Georgia for my first trip ever to the south. They kept telling me how surprised I’d be that there was snow skiing down here and coaxed me into going skiing with them to North Carolina. Most of my skiing has been at Gore Mountain (near Glen Falls in New York) but I decided to tag along on their trip to Beech Mountain. Unfortunately it was cloudy and it rained the entire time we were there, but I was surprised at how good the snow was, but what really impressed me was how freakin’ nice the people are. I’ve heard about southern hospitality for most of my life, but every one I met while there were just the nicest people I’ve ever ran into. I’ll be back, and hopefully when the sun is shining. – Anita Renfro, not long to be a New Yorker”

Hence – the inspiration for today’s title.

I mentioned that I had read a fake news post on Instagram the other day. That post read, “The sun doesn’t always shine in West Virginia, but the skiing is like, so sick man.” – John F. Kennedy, 1963.

Several people shared that post with me and more than a couple actually thought it was cool that Kennedy once said that. Well, the truth is he only said PART of the post attributed to him. 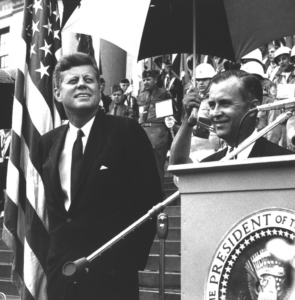 On June 20th, 1963, Kennedy was making a political stop in West Virginia. This was his second visit to West Virginia in as many years and it had rained hard on both of his trips. He had planned on speaking for twenty minutes, but had to cut it short due to the weather. However, he wanted to get his message across that during his term – unemployment in the state had been cut in half. According to the news of the day, President Kennedy spoke for only three minutes and twenty seconds on that drenching day, but a tanned and hatless President shared:

“There is still too much unemployment, but I believe that West Virginia and the United States have a bright future.”

He ended his speech by adding, “The sun doesn’t always shine in West Virginia, but the people always do and I’m delighted to be here.” – President John F. Kennedy

Boy we could use a bit more of that these days…

So – thank you Anita for sharing that email. You are correct, we have some really, really nice people manning their posts at the various ski resorts of the Southeast and mid-Atlantic and we hear way too much from the few who want to complain and not enough from the hundreds of thousands of people who have flocked to our ski mountains this season and had an awesome time.

As I was letting my dog out to “do her thing” before crashing to bed last night, I could not help but notice that the skies were clear and allowing seemingly every star in the sky to shine. We had not had a totally clear sky in more than a week. This morning, there are very few clouds in the sky and the sun is shining.

…but it is STILL COLD and it is STILL SNOWING in Portions of the Southeast and mid-Atlantic!

One glance at the following webcams will attest to the aforementioned SNOW!

This shot at Snowshoe Mountain is cool this morning as snow is blocking part of the view!

Take a FULL TOUR of all of the ski areas here: https://www.resortcams.com/ski-cams/

Despite the Underdeveloped Snow; The Rain; The Freezing Rain, and Wintry Mix…

the groomers at every resort in the region continue to crank out some amazing corduroy for us. The weather has been crazy lately dumping 10.2″ of snow (and some wintry mix) over the last four days across Canaan Valley and Timberline ski resorts. Snowshoe Mountain has picked up 8″ of natural snow in the last seven days – all while the mountains of North Carolina have received nothing but a TRACE of the white gold, and around 1.7″ of the underdeveloped stuff.

However, at least we have seen no “blow torch”, mild stretch. Snowmaking crews have been able to make snow every night lately (the last four nights at Sugar) and with those efforts AND the efforts of snow groomers everywhere – conditions will be corduroy-sweet for today and this weekend.

That has been a NEW THEME for this season and it remains a constant as the following resorts have shared that they are SOLD OUT for today. (If you are planning or wishing to ski elsewhere, you may want to call ahead.)

We have not shared a LIVE stream lately so I figured we’d do one. You are welcome to check it out below.

The Mountains are Calling, and I Must Go – John Muir

That quote has NEVER been more appropriate. I’ve heard from so many of our readers talking about sold out ski resorts this season. Vacation rental peeps are also ecstatic as many usual weekenders are taking to renting during the week in greater numbers than ever. …and I’m still seeing LOTS of social media posts from people looking for lift tickets, tubing passes and even equipment for sold out locations.

Every resort in the region is sharing tips for avoiding the crowds. Ober posted this, this morning:

We are expecting excellent conditions this weekend and for it to be busier than normal. We recommend arriving early and checking our Twitter (link below) for live parking updates, operational updates, and Aerial Tram wait times before you come up.

Despite the fact that Canaan Valley and the West Virginia ski areas are below normal this year for natural snow, it HAS snowed on 58 of the 82 days since December 1st and the 37″ of snow this month has made it such that I can’t tell you the last year that I saw Canaan Valley Resort keep more than 35 trails open for as long as they have this month. Their cross-country trails and terrain have been snow covered for weeks and right now, according to David Lesher’s Canaan Weather reporting, they have 21″ of natural snow depth. 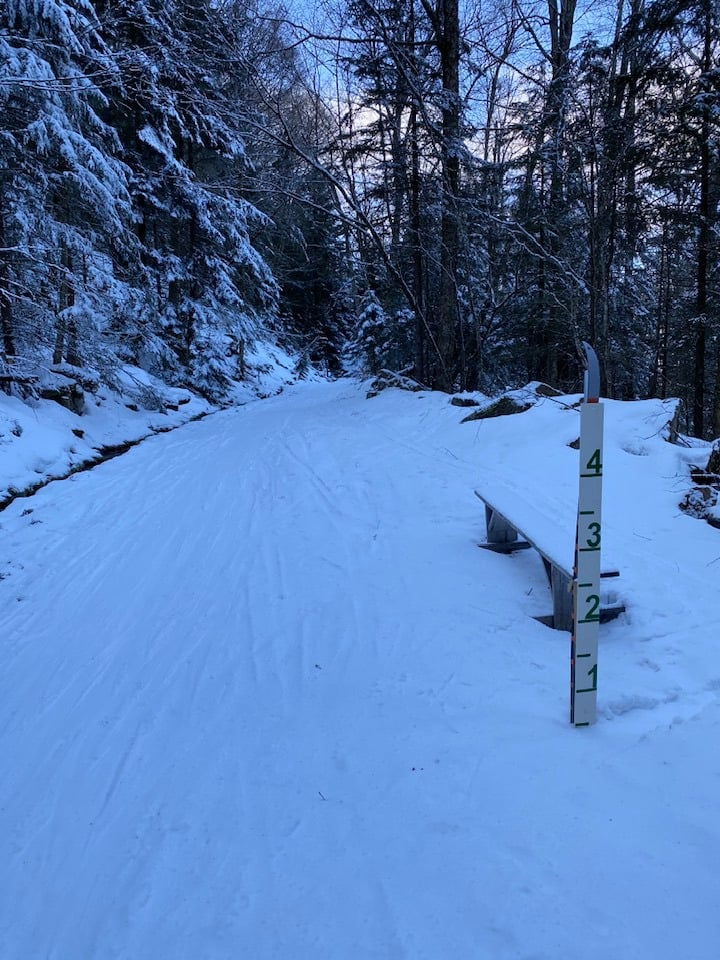 A nice photo from Chip Chase

I know a LOT of you have complained about not being able to get a lift pass to ski or ride at the ski resorts this season. Perhaps this is a good time to try cross-country!

Although we are small, we have everything necessary for a memorable Nordic skiing experience, including snow most of the time!

Trails are open around center for skiing, 5K groomed. Higher trails trails are open for skiing and snowshoeing.
Skiing is good on the Highland Scenic Highway, which is 7.5 miles south on US 219.

“We’ve been lucky to have a lot of skiing this winter,” said Chip Chase, owner of White Grass Ski Touring Center in Davis.

Sugar Mountain SOLD OUT. I don’t think I’ve seen that posted this season. I might have missed it, but Sugar HAS been taking any and all who would want to ski or ride this season. However, their website posted the following this morning:

The parking lot is full. Lift tickets sold out. Tickets for the night session will go on sale at 5 pm.
Ticket sales and parking are limited and are available on a first-come first-served basis.

Ditto the above for Cataloochee. 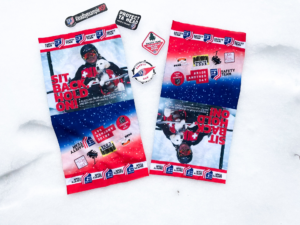 Look out for our ski patrol tomorrow on the Blue Ridge Terrace and at the tops and bottoms of our lifts. Patrollers will be quizzing/educating guests as a part of our #wintergreensafe initiative on slope safety and passing out safety schwag including neck gaiters and stickers. Follow our friends at @nspsafetyteam and @natlskipatrol for some great educational/safety content.
#NSPSafetyTeam @wintergreenskipatrol #rideanotherday #leadbyexample @nsaa_org

Here are some closing photo shares: 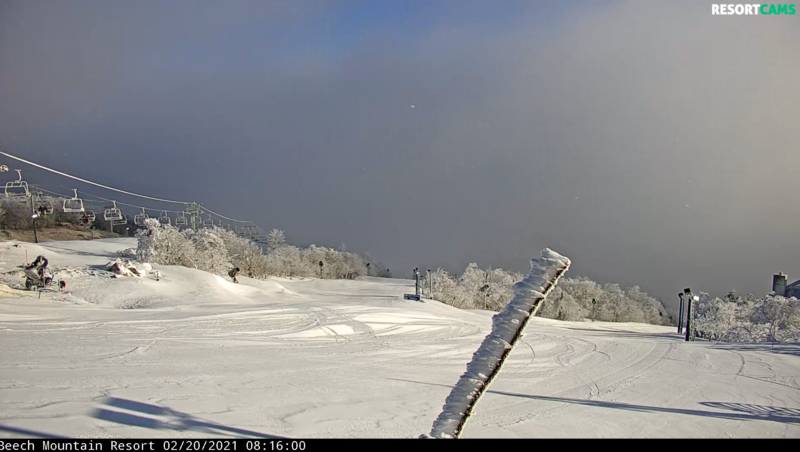 Sweet capture from atop Beech Mountain this morning. Click to Enlarge! 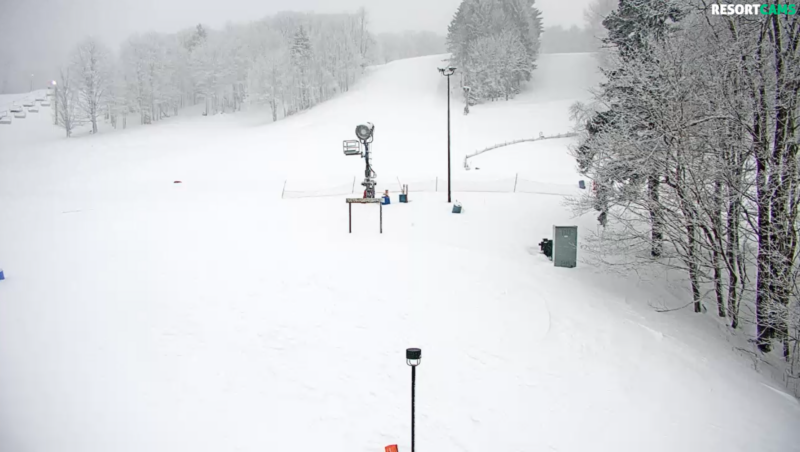 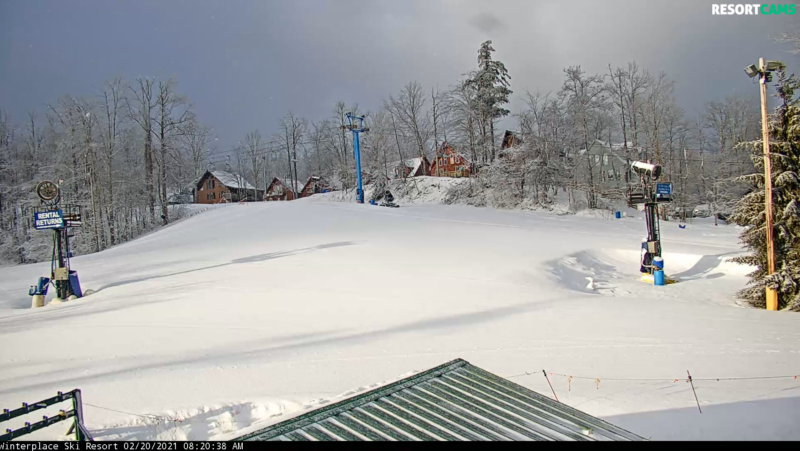 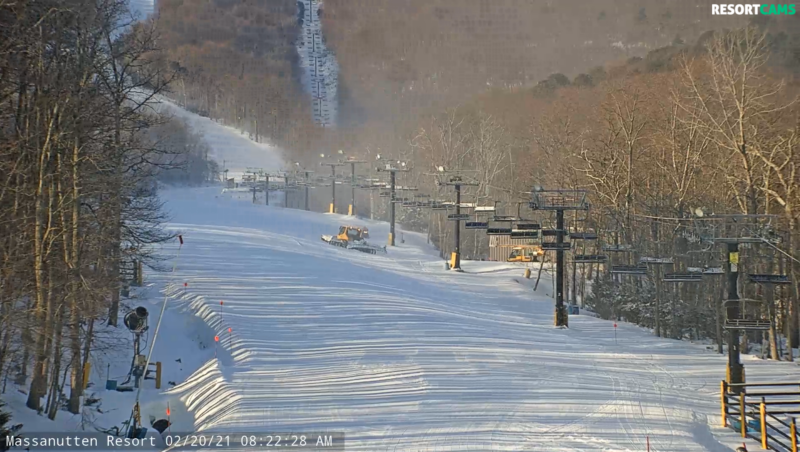 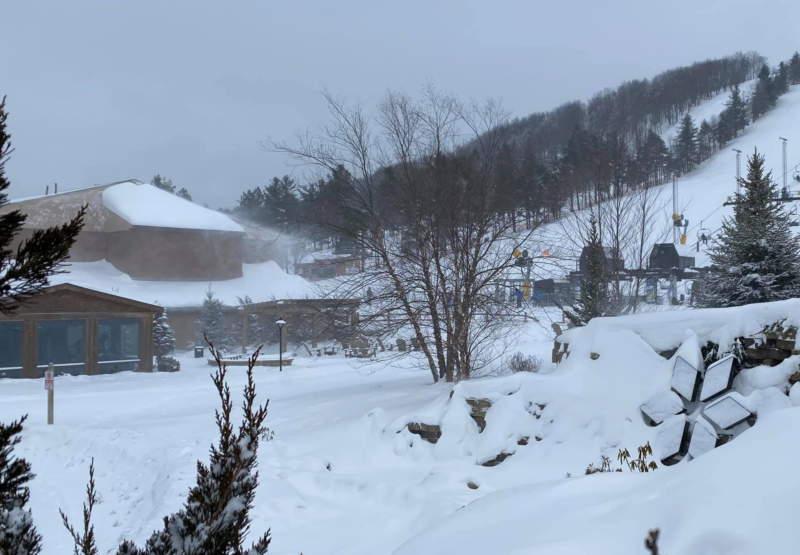 The snow is piling up at Wisp Resort! Click to Enlarge! 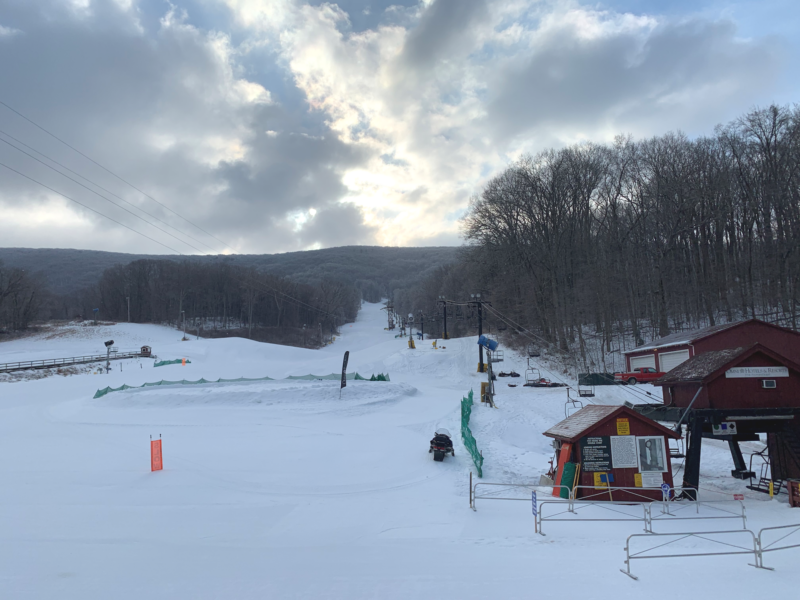