The Season lasted From Halloween Day until April 7th! 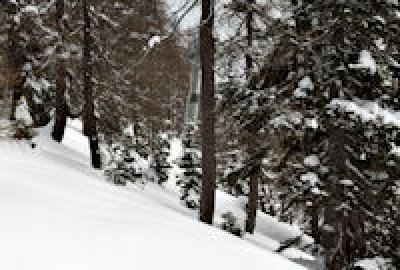 The season lasted 159 days with things starting with a HUGE dumping of snow from Superstorm Sandy. However, for the next month and a half – deep into December – things looked bleak with very little in the way of natural snow or consistently cold temps.  However the weather turned just in time for the all-important Christmas to New Year Holiday ski period and conditions were good for every important weekend of the season. The Southeast and Mid Atlantic's snow makers and snow maintenance crews had a great challenge keeping the slopes in great shape, but did so through January. February and March brought deep and consistent snows and cold temps and the last 6-9 weeks of the season were as strong as any finishing kick we've seen in the region.

Skier visits were great with some ski areas unquestionably having top ten seasons.

All in all it was a great one. We'll check back periodically throughout the summer to inform you about some off-season improvements at various ski areas, but until then we want to thank all of you who visited with us this past season. Help us spread the word that the best, one-stop-shop for all things skiing and snowboarding in the Southeast and Mid Atlantic is SkiSoutheast.com.

Drop us an email if you have suggestions on website improvements to: [email protected]