What a March we are having!  The snow that hit the Southeast and Mid-Atlantic mountains this week has breathed new life into the resorts.  For starters, Appalachian Ski Mountain has INCREASED their base by 4” since our last update thanks to some natural snow and good old fashioned manmade.  App is skiing and riding on a 36-70” groomed surface today. 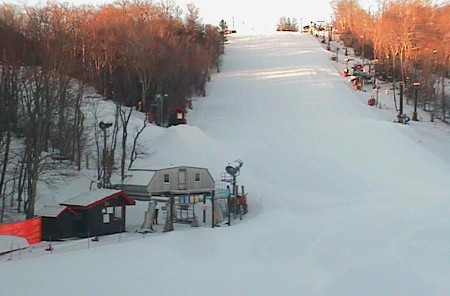 Appalachian is not the only one benefiting.  Ober Gatlinburg is having their longest season ever.  Ober has been opened for more than 100 days so far and is still going strong.  You might recall that earlier in the week we let you know that Ober decided to extend their season.  This weekend was going to be their last, but they decided to open up again next weekend, starting Friday and going through Sunday.  A fun fact: Ober typically spends about 350 hours creating snow and this year has spent around 500 hours with the guns on.  I hear ya Ober! 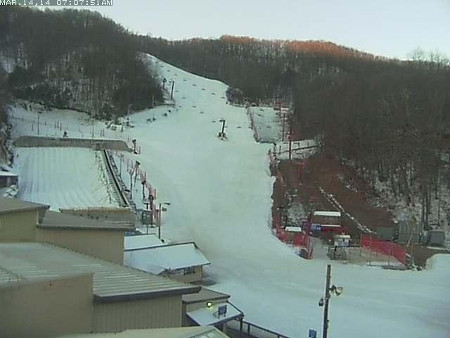 And get this one, Wintergreen Resort in Virginia has rescheduled their pond skimming event, Slide and Splash, due to another chance of snow on Sunday.

Here’s their take on it – The pond skimming event scheduled for Sunday has been moved to next Saturday 3/22.  Sunday's weather forecast changed dramatically yesterday.  A late season snow storm is forecasted to move through our area during the day Sunday lasting into Monday.  Trying to hold the pond skimming event on a day forecasted to be in the mid 30's with cloudy conditions and falling precip, does not work.  Our end of the season pond skimming event is a celebration of a season’s worth of fun, hard work by our staff and the arrival of Spring.  We are looking forward to this event and hope to see you on 3/22.

How awesome is that when a resort needs to reschedule their spring events due to a late season snow storm! 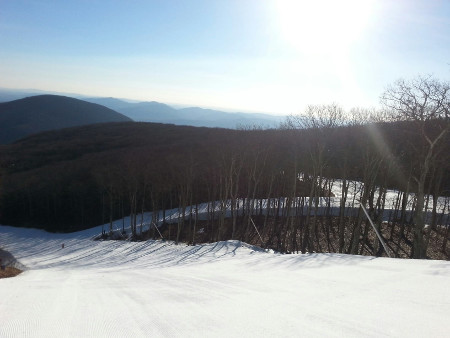 We’ve got some good news coming out of Snowshoe as well – while not necessarily skiing related, a big deal nonetheless.  As those of you who have been up to Snowshoe know, there is no cell phone reception up there and Internet access is spotty at best.  This is due in part by its EXTREMELY rural location and partly because of the nearby National Radio Astronomy Observatory in Green Bank, West Virginia – as the cell phone and Internet signals would interfere with their work.  I’ve heard that AT&T works OK up there due to the frequency they operate on, but I don’t have AT&T so I can’t confirm this.  Regardless, the West Virginia Broadband Deployment Council has awarded a $713,000 state grant to Snowshoe to expand high-speed Internet access to the vacation homes and condos.  Now Kenny will be able to upload his video updates from the mountain top with no issues!

And finally, Cataloochee is getting their fair share of love from Mother Nature and is passing that love on to us.  Cat has been having a banner year – for real.  They opened up the season early and with the most snow on opening day in their history.  They have so much snow on the ground right now that they are talking about extending the season to include weekends in April!  Nothing is confirmed and it is going to be one of those wait and see kind of things, but how about some April skiing and riding at Cat – CRAZY. 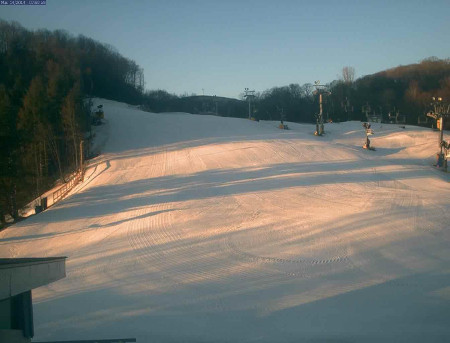 Can you guys tell I’m very excited this morning?!  Having such great news come out of the resorts in mid-March has got me stoked.  As I write this morning’s post I feel much the same way that Ralphie did in A Christmas Story as he was writing his theme paper about what he wants for Christmas (the Red Ryder BB Gun) – the words are just flowing this morning.

There’s PLENTY of life left in the Southeast and Mid-Atlantic resorts!  And speaking of that, if you’re heading out today you are in for a treat.  There is fresh snow to be found with lots of sun and temperatures reaching the mid-50’s at most places.

I’m heading to Beech tomorrow and I know quite a few of you guys are as well.  I look forward to making some turns with all y’all on what is looking to be a great Saturday on the hill with temps in the low 50’s with much sun and a few clouds.  See you up there!