The FIRST Weekend of the Season will be Great for Cat and Sugar! 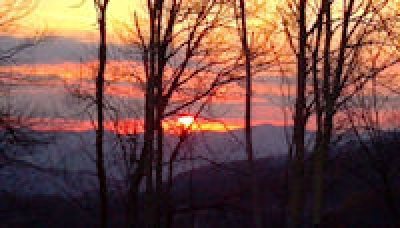 Good first Saturday morning of the 2012-2013 Ski and Snowboarding season to you all! After last season who would have wagered that I’d be saying that on November 3rd, 2012? Who would have guessed that Wisp Resort in Garrett County, Maryland would already have 38% of their average ANNUAL SNOWFALL for a season by today’s date?

Yep, not me either.

However, we’re off to a good start, depending on your perspective. Cat and Sugar are enjoying the benefits of three days of snowmaking temperatures and a "normal" early season blast of snow that provided just enough snowfall to excite the masses and take people to the mountain – but not scare them away. Cataloochee received 4" of snow and Sugar 9.9".

Conditions simply could not be any better at those to earlybird resorts when you apply the "filter" of today’s date.

We heard from many people who braved the no-poaching rules at various resorts. I have to admit that I am jealous of those of you who hit up some of those 20+" natural bases around. Just saying…

Today Cataloochee is still playing on a base of 8-18" and three trails for day skiing. Those are: Lower Omigosh, Rabbit Hill and Easy Way, serviced by the Omigosh Double Chairlift to midstation and the Easy Way Triple Chairlift.

Lift tickets will be a special rate of $30 per person, for all guests. Children 4 and under receive a free lift ticket with a ticketed adult and adults 65 and over, ski free anyday.

Sugar did dramatically drop their low number on the base depth this morning but they are playing on 7-30" of loose and frozen granular with the same 2 trails open to the 3/4th station and one lift.

Both resorts are open for day sessions only today and Sunday.

EVERYONE WANTS TO KNOW IF THE RESORTS WILL BE STAYING OPEN!

Here’s the deal as far as we can tell – and this has not been reported to us yet by either of the open resorts:

Highs will be in the mid 50s through Sunday and then dip a bit to the low to mid 40s through next Friday. Lows will not allow for snowmaking tonight, however there IS a chance for snowmaking Sunday night and then a good chance of snowmaking each of the next few nights through NEXT Friday, November 9th.

I’d expect that Cataloochee will NOT operate Mon-Friday of this week IF they hold to their normal early season operating pattern. We’ll confirm that for you guys by tomorrow.

Sugar will probably operate during this week and we think that BOTH resorts will have enough snow and cold temps to operate next weekend with good conditions.

However, November and early December are forecasted to be milder than normal by all of the weather peeps out their in Southeast ski land.

According to Dr. Ray:

"… for you mild weather lovers out there, we’ve got some good news for late next week and the following weekend: A pronounced warming trend is coming that looks to last for awhile. "

Don’t shoot the messenger. However that is not a bad thing as ski resorts around the region typically use November to get the kinks out and point to Thanksgiving Weekend as their traditional opening dates anyway. Of course as weather permits we have already heard from several ski areas who will open in the next couple of weeks if possible.

That’s it for me today guys. Enjoy your day and if you get a chance jump over to www.Twitter.com/skisoutheast  and follow us.