The Final Week Is Here 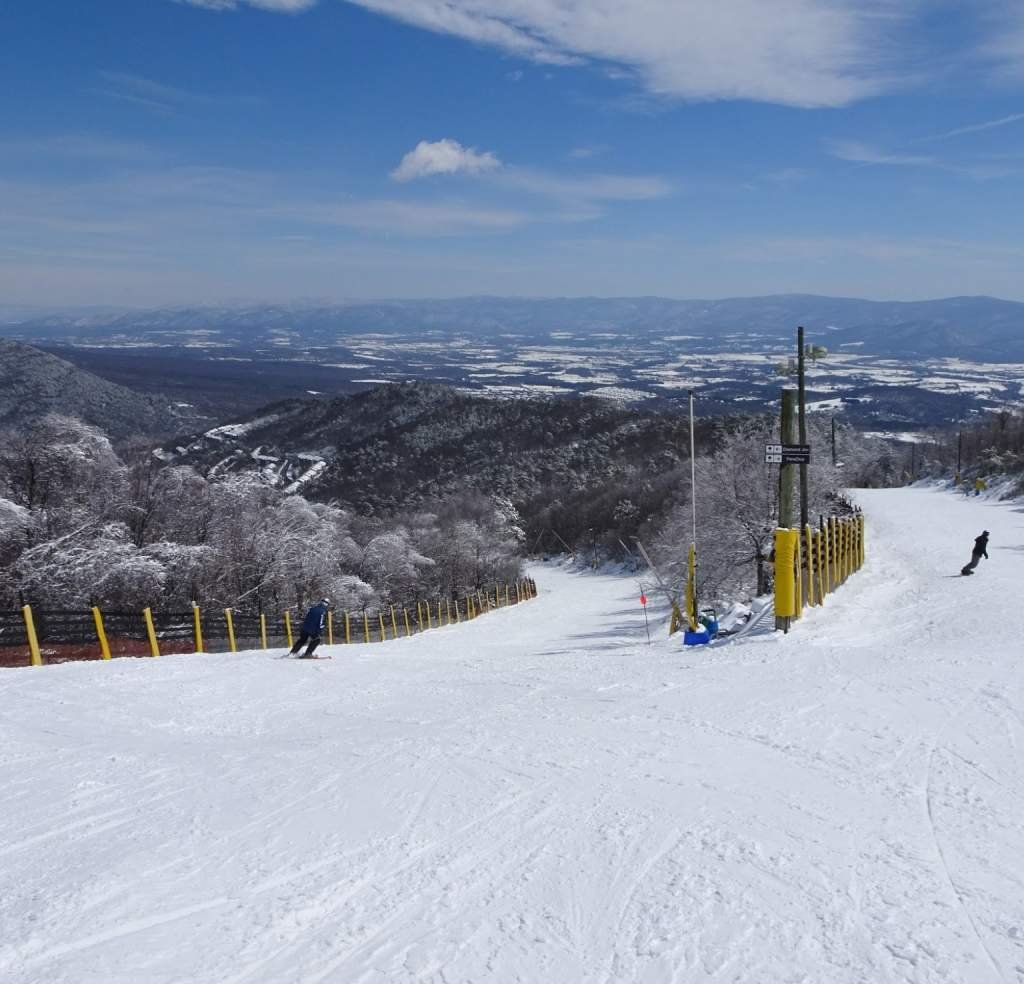 The final week of the 2017/2018 ski and snowboard season is here.  Well, for the Southeast anyways.  You could always take a late season trip out west.  Tahoe, anyone?  We’ve got 6 open resorts today and that number will dwindle tomorrow as some ski areas take mid-week off before opening back up for Easter weekend.  Seven days.  That’s all we have left.

Hopefully you all could get out and make some late season turns this past weekend.  Outside of a nasty second half of Saturday in the North Carolina mountains, it was a delightful weekend with stellar late season conditions.  There were trails open in NC, Virginia, West Virginia, and Maryland and all were in good shape.  I’m still hoping to see some photos and video from Winterplace’s (possible) final day as they were playing on 8″ of fresh snow.  Actually, I probably don’t since I was supposed to have gone.

App Ski Mountain called it quits yesterday, only a day after seeing several inches of snow themselves.  That’s called going out in style.  Their pond skim event looks to have been a success and delivered some great photo ops.

That leaves us with 6 open ski areas today.  Cataloochee, Sugar Mountain, Bryce Resort, and Snowshoe are all open each day this week.  Cat and Sugar technically have no set closing date, but I can’t imagine either going past this weekend.  Then again, who knows with those two.  They’re always the first resorts to open each year in November and I wonder if they’re battling it out to see who can last longer.  They’re both at day 123 now.  How long can they go?

Bryce will conclude their season on Saturday while Snowshoe calls it quits on Sunday.  Wisp Resort and Massanutten are open today but they will be closed Tuesday through Thursday and are planning to open back up on Friday.  Winterplace is also exploring the possibility of opening back up on Saturday.  All three of those re-openings are weather dependent of course, and as of right now the forecast for the lead up to the weekend looks less than ideal.  After what has been a cold and snowy March, the final week of the month is going to see more spring-like weather.  Mild temperatures return and rain is in the forecast for the second half of the work week.  It had to happen sometime.  Hopefully the weather isn’t bad enough to prevent either of those three from opening back up.  I doubt it will be, especially with the weekend itself looking very nice.

I’ll keep you updated all week if we get any more info.  Admittedly, it’s probably going to be a slow week so some morning updates might be brief.  At some point this week I’m going to take a look at the seasonal weather stats.  In recent weeks I’ve noticed several comments on Facebook posts from the ski areas where a person commented how bad the winter has been.  I personally don’t believe that is true.  Outside of a 3 week stretch in February, I feel like it’s been a really good season to be honest.  December and January weren’t terribly snowy, but they were cold.  I think the February blowtorch just skewed everyone’s opinion on the season as a whole.  I’m interested to see how the stats look, so check back for that.

If you have time today, make sure to read Joe Stevens’s final post of the season.  It’s his annual “Snowies” column.  The only part of it I might disagree with is the Weather Channel naming of storms thing.  I initially hated it and I still think it should be something agreed upon by multiple entities and not a proprietary system.  However, I think it creates awareness which is a good thing.  There are a ton of people who probably only knew about an incoming winter storm because they saw some catchy name/hashtag on social media.  That’s just my two cents.

Enjoy your Monday and make plans to get some turns in this week!  It’s going to be a long, hot summer.