The Busiest Time of the Year? Right now! 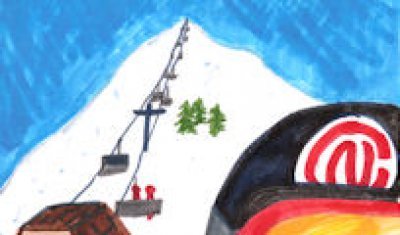 Many within my circle of friends are ski, snowboarding and snow freaks. Go figure, right? Like most snow freaks, I start thinking about an approaching ski season sometime in August. However my enthusiasm is always skewed by the knowledge that we have so much to do before we can call ourselves ready for the snowguns to crank up. I was at the lake this past July when one of our friends shared, "I just can’t wait for ski season to get here!" It wasn’t a statement in passing. She was adamant about it. That’s how real freaks of snow are. They can’t get enough of it. They go into a not-so-small state of depression when the ski areas begin shutting down for the season. Then, when they can start the countdown until opening day IN DAYS instead of months, they get excited.

Admittedly most snow freaks are also outdoor freaks. Many of us are avid hikers, bikers, kayakers and the like. I spent a lot of time on Watauga Lake this past late Spring through late Summer kayaking in the early hours of the morning when the currents are nonexistent and wildlife is your only companion on the water. So while I’m an admitted snow freak, I do love each season in its own time. I wanted the Summer to last about twice as long as it did and Autumn is never, ever long enough. Certainly one of the most beautiful times of the year deserves at least three months don’t you think? Instead, we get about three weeks of awesome color.

Then it happens. Before the leaves can even drop from the limbs they’re attached to, snow falls. October was a very snowy month within the Southeast and Mid Atlantic with West Virginia officially receiving 17.1" of snow on the month – according to Canaan Valley Weather. Snowshoe Mountain reported 20" of snowfall within the month.

Interestingly it wasn’t ONE HUGE SNOW as snow fell on NINE of the THIRTY ONE days during the month. 8.3" of snow fell over the four days of October 1-4th and another 8.8" of snow closed out the month on October 29-30th.

Unlike many of last season’s snowfalls, October’s left the Virginia Mountains with good measureable snowfall as Massanutten saw around 4-5" this past weekend and some of that snow can still be seen in the trees on the new, streaming webcam we’re featuring at that location.

Sugar and Beech Mountains in North Carolina only saw around 3" of snow during the month, but it was enough to get the masses excited for the season that is now fast approaching.

This period gets me excited – and nervous – all at the same time. We’ve still got a fair amount of work to do before I’ll be satisfied that we’re really ready for "prime time" but it is now November 3rd and whether we’re ready or not, the snowguns will begin firing in earnest across the region. Snowshoe began making a lot of snow last week and combined with the natural snowfall – they looked ready to ski or ride. I’m betting a few of the staffers up there sampled the merchandise. New President and COO Frank DeBerry and new Marketing Director, Mark Glickman of Snowshoe HAD to hit that snow, don’t you think? I’m betting my buddy Ed Galford had them out there for a little tour. Maybe not, but it had to be tempting!

WE’RE STILL SOME DAYS AWAY FROM SEEING THE SNOWGUNS BLASTING…

So while I’m excited to see things getting close, I’m also a little relieved that the weather doesn’t appear to be cooperating just yet for snowmaking ops. Traditionally it is Cataloochee and Sugar Mountain in North Carolina that fire the guns, blast for 24-36 hours and open up. There was some talk this past weekend that Sugar is ready for the next cold wave of temps. The scuttlebutt was that they were looking at a window around November 6-7th to make snow. Just a couple of days later and the forecast now appears to be milding up a bit at least into the middle of the month with highs expected in the North Carolina mountains into the 60s and overnight lows just not conducive for snowmaking through the period. Friday the 4th and Saturday the 5th look borderline, but with lows expected in the upper 30s and even 40s the rest of the week ahead…it looks like the snow makers of the area will have to chill a bit longer before they start blanketing the slopes.

So we COULD be looking at a more traditional Thanksgiving Weekend startup date. We’ll keep an eye to the skies and long range forecasts and keep you informed.

SOOOOO, I HAVE A LITTLE MORE TIME TO PREPARE!

We’ll do some official "welcomes" shortly but we want to thank Tom Blanzy and Timberline Resort for partnering with us in a HUGE way this season. I don’t want to let the cat out of the bag just yet, but we’re excited to be working a lot more interactively with Tom and his crew at the Davis, WV ski resort this season. Ditto that for Rob Swartz and Bryce Resort. We’re gonna have some fun this season working with the Locher’s. We’re tying up loose ends with Massanutten Resort but they too are already working with us this season. So we’re seeing a lot more hands-on participation this season from more ski areas than ever. Hence the need for a little more time to cross all the T’s and get all of our new programming and product implementation in place.

We’re hustling in more directions than ever right now. Kenny Griffin, our on-staff meteorologist, snow freak, and video efficiendo ordered THREE new, HD, PTZ streaming cameras and a new Davis Weather Station just YESTERDAY. We’re thinking that perhaps no fewer than three more cams will be ordered within the week – giving us more than a dozen LIVE STREAMS this season showing off road conditions and slopes in real time. These images are not the little 3" x 3" screens either. We’re talking about monitor-filling LIVE views of the slopes and your favorite ski communities!

Thanks to at least another week of seasonable temps, we’ll be able to work to get those and all our new camera and weather partnerships and synergies in place.

I received a bunch of emails on Monday and Tuesday about Killington opening. The huge October snows made northeast skiing possible. Plattekill, which is located in Roxbury, New York (in the Catskills) pulled a surprise opening this past Saturday. Killington opened on Tuesday. Those are NOT permanent openings for the season for sure as temps will moderate. However even a day or two of skiing and snowboarding is better than none.

SkierNet which is a "national" website (that sees about a tenth of the traffic we get) reported on Monday that "20" of snow had fallen at Snowshoe WV, but no firm opening date has been announced yet."

Amateurs should really not be reporting on the industry. Snowshoe has LONG AGO announced that they will be opening November 23rd.

While on that subject, our fellow snow freak and columnist, Joe Stevens informed me earlier in the week of the following:

Officials with the West Virginia Ski Areas Association announced today the projected opening days for the state’s alpine ski areas for the 2011/2012 season: 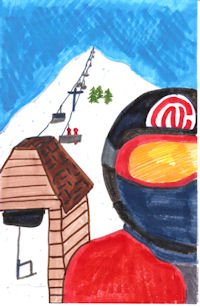 My birthday was yesterday. (No need for comments as I’m not big on birthdays. Never have been. Even when I was 16.) A couple of weeks ago my wife had overheard Kenny Griffin and I talking about doing some 3D videos this season and that I needed to get a Go Pro camera. Kenny has one and together with a second one we could do some cool new 3D movies, etc. My wife and kids figured that would be a great birthday gift for me as I’m one of those guys who are hard to shop for. After all, I truly have everything I need and really don’t want for much other than great health and happiness.

REGARDLESS, my wife "hinted" last week that I shouldn’t go purchase a Go Pro…with my birthday coming up. (The hint was received clearly and that doesn’t happen all the time with me!) Then on October 28th I innocently made a comment in one of my morning BLOGS that "a Go Pro camera was in my future". I thought nothing of it.

Then last night I’m opening my presents. The first was some nice tennis/golf shirts. Another was some nice shirts for layering this ski season. The last was some socks. Guys always need socks, right. Admittedly I was kind of bummed. I tried not to show it, because I REALLY didn’t need a new camera. Course I really didn’t need socks either. Somehow though, I was kind of looking forward to messing around with it, so I asked, "So what was the teaser about the Go Pro."

My wife and kids all could have won Academy Awards for their performances because they all kind of looked sad and reported that it wasn’t do-able because Ski Country was out of them or had older versions of them, etc.

I THOUGHT I accepted their answers well. We went to dinner last night at The Peddler with my brother, son-in-law and three of my four daughters. When I came back from my trip to the salad bar, there – sitting in my chair – was a new Go Pro camera. They all explained that they were a bit upset with me for assuming that I was getting one and for having the audacity to WRITE ABOUT IT on this column.

(…and I didn’t even know they read this stuff!)

So, anyway, the gift that WAS, then WASN’T now IS. There are so many options to this thing that I will probably assign this gift to TheKenDog to prepare and show me the ropes on.

That’s it for now. We’ll be updating the site throughout the day today and week ahead. So look for new announcements as we’re ready to release them!