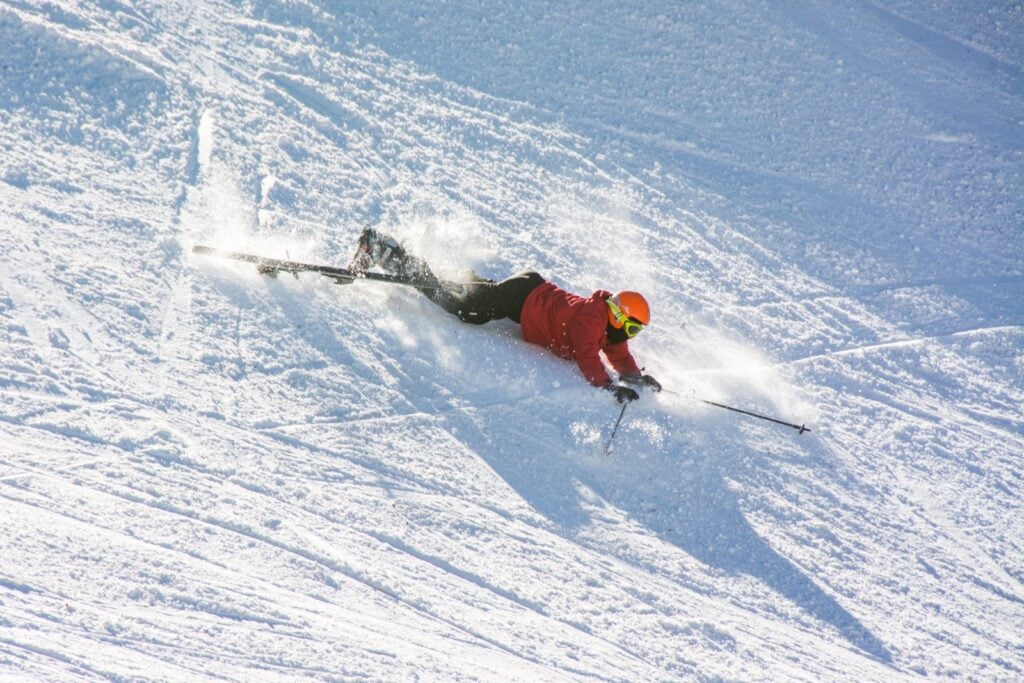 Every year around this time there is a trip on the agenda to join some good friends for fun on the slopes of Snowshoe Mountain. As you might have read on this website’s First Trax reports, Mike Doble and his posse are at Snowshoe Mountain already for their yearly holiday visit. As Mike was traveling to West Virginia, my family was headed to North Carolina, with two friends probably crossing paths on Interstate 77, knowing a reunion was in the future.

Last year at this time I was on a countdown for my second hip replacement, which created challenges when I attempted to snowboard. Lucky for me, my friends, namely Mike and Shawn Cassell, Snowshoe’s Public Relations Manager, assisted strapping me into my snowboard so I could make a few more turns before my surgery in February. Due to my bad hip, I couldn’t bend forward enough to strap into my board and the boys came to my rescue.

That brings me to the point of this week’s column, the last one of the decade actually. Within any sport there is a brotherhood and/or sisterhood, if you want to be politically correct, I suppose, that looks after each other, whenever the circumstance calls for the attention or assistance of others. Luckily, I participate in two of those types of activities, running and skiing/snowboarding.

I’ll get back to skiing/snowboarding in a moment, as how many times have you read about or seen a running race where total strangers help a fellow runner who just couldn’t go any further. They stop, without even taking into consideration they may finish with a personal record, but because a fellow runner was having difficulty, they just knew the right thing to do was to assist them at that moment in time. I would say the majority of the time, they probably didn’t even know who they were helping, they just knew the brotherhood, and understood what they needed to do.

Along those same lines, for those of you who have run 5k neighborhood races to full and half marathons in various cities, how many times have you just spoke encouragement to another runner or had another runner provide you with encouragement at a time when it was greatly needed. Again you or they probably didn’t know who you or they were speaking too, but because it was a fellow member of the running brotherhood, you or they just knew it was the correct thing to do to help a fellow runner out.

Last year as I was contemplating on whether or not to try to snowboard with Mike and Shawn, I had strong reservations as I didn’t want to hold them up as they were making their first turns of the day. I went as far as to mention my concerns to Mike and Shawn and both, without any hesitation, assured me, they were there to help and they weren’t going to take no for an answer.

So, each time I got off the lift and slid to a stop, here they came, preparing to strap me back onto my board so I could get another run in with everyone. Yes, this held up the group from heading back down the slopes again a bit, but it was completed as quick as possible and away we went.

Even at the base of the slopes Mike and Shawn made sure I was able to unstrap from the board and safely get onto the lift, journeying back up to start the process all over again. To be honest, as long as I could just get pointed downhill, everything was fine. In other words, I just let gravity be my friend, of course along with Mike and Shawn.

Folks this is what I am talking about as it pertains to there being a brotherhood in sports. I mean you just have to step up and be a friend when it counts, no matter if it means not getting that personal record or making a few more turns on the slopes, you just do it, when it needs to be done.

Think about the times you are skiing or snowboarding on a slope and you come up to someone who just had a fall and basically looks like a yard sale, with poles over here and skis over there. How many times have you stopped and just helped a total stranger out with making sure they were okay and to get their equipment back to them? You know that if the situation was reversed, they would probably do the same thing for you. Again, it’s just the right thing to do.

To branch off a little bit, most of you understand the hatred Red Sox fans have of their rival Yankee fans. Full disclosure here, being a life-long Orioles fan, I have problems with both but that’s another story at another time. But back to the Red Sox/Yankee thing. A number of years back I was covering the induction of Cal Ripken, Jr. into the Baseball Hall of Fame in Cooperstown, New York. As I was going into the baseball museum to pick up my credentials, I noticed a group of folks walking in front of me, some with Yankee hats on and the rest wearing Red Sox hats. I slowed down to witness the interaction and to my surprise, one of the Yankee fans held the door open for the Red Sox fans. Even though their favorite teams are bitter rivals, there was a moment of brotherhood among baseball fans that made me stop and pause and appreciate the fact that somethings can be pushed aside, when the moment is right.

I finish up this week’s thoughts by saying thanks to Mike and Shawn for being there at the moment of my need and being part of my brotherhood. This time though, with a new hip, look out and be ready to make some turns, because here I come.

If holiday turns on the slopes are in your plans, may those turns be safe and lots of fun. Happy New Year everyone from Snow News Is Good News.