The Bluebird Before the Storm 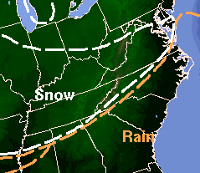 The snow we were expecting this week didn’t quite make it as expected, but we are still looking at snow for this weekend though.   You can get the details from Herb Stevens, The Skiing Weatherman.

Just about all of our member resorts have snow in the forecast starting tonight and going through Saturday morning at least.  As Herb mentions in his forecast, snow is in the West Virginia forecast through Monday and the current thought is that Sunday is the best chance for accumulation.

Most of the West Virginia resorts are making snow this morning under clouds, which are expected to break later in the day. 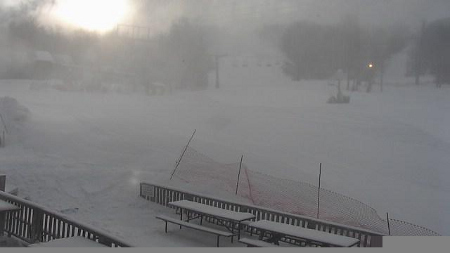 The sun poking through at Timberline, WV

Outside of West Virginia, blue skies reign supreme today – at least as long as you make it above the clouds.

The View from the top of Sugar Mountain

We have a few things happening this weekend to share.  Appalachian is having their second Ladies Park Night tomorrow starting at 7pm.  It is the last day of Law Enforcement Appreciation Days at Cataloochee.  Tonight, starting at 6:00, is the second of two Free Form Fridays at Ober Gatlinburg.  Before we leave events, I’ve been keeping a keen eye out for the results of the Cupp Run Challenge at Snowshoe but they have not posted them yet – lots of pictures, but no results.  I’ll post those as soon as they get them out.

NBC started their Olympic coverage last night.  I caught some of the Men’s Slopestyle qualifying as well as the Women’s Moguls.  Our own Hannah Kearney won the Women's Mogul qualifier and is heavily favored to take Gold – AGAIN.  Did you guys catch that there are 3 sisters competing in the Women’s Mogul competition this year – that is CRAZY!  The Canadian Dufour-Lapointe sisters –  Maxime, the oldest, qualified 8th; Chloe qualified 2nd; and Justine, the youngest, qualified 3rd.  I hear ya!

The Women’s Mogul Final will be aired on Friday at 1pm.  The Men’s Mogul Qualifier is Monday at 9am with the finals at 1pm.

I’m heading up to Wintergreen this afternoon for some skiing tomorrow and an on the mountain report.  Keep an eye on our Twitter feed for the latest.

Our 2014 SkiSoutheast Summit is at Snowshoe Feb. 28 – Mar. 2nd.  Checkout the message board for the details.