A Thaw Was Inevitable 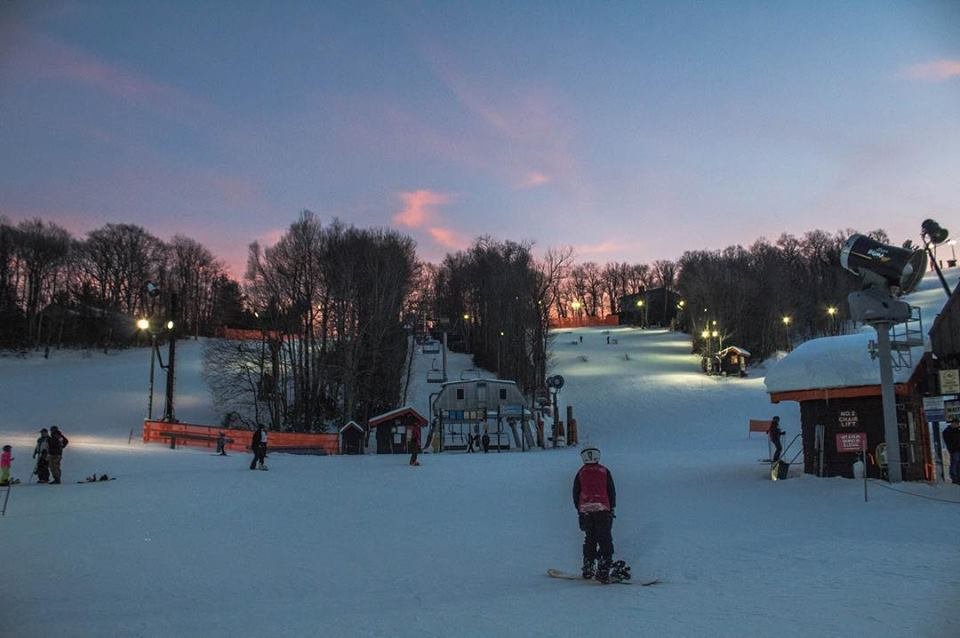 Well, it had to happen.  We all knew the Arctic Express wouldn’t continue forever and after a bone chilling 12 or so days we’re now in the midst of our first thaw of the season.  Fret not though, as snow conditions should remain stellar and another round of cold is in the not so distant future, just in time for the holiday period.

Temperatures this morning at the ski areas range from the mid 30’s up in West Virginia to the low 50’s down at Ober Gatlinburg.  Obviously those are too warm for snowmaking so don’t expect to see any fresh man-made snow on the slopes today.  That trend is mostly going to continue throughout the rest of this week as the mild weather persists and we have a few bouts of underdeveloped snow.  I say mostly because there is the chance of some snowmaking up in West Virginia tonight and tomorrow and Canaan has even noted that on their morning report.

Outside of that, the rest of the week is going to see temperatures in the upper 30’s and 40’s for the most part.  A couple of resorts will get into the 50’s but that’s a small minority.  While that may feel warm, it’s not a blowtorch like we saw many times last season.  As of right now, Santa looks to bring us some presents in the form of a return to cold.  I’ll let Brad Panovich discuss.

There’s no getting around the fact that this week looks less than ideal, but it might be worth it if we see some of the coldest air we’ve seen so far this season come next week.  I was watching Brad’s video and I got cold just thinking about the fact that it might be in the single digits up at Snowshoe next week when Mike and I are there.  Brrrr.

I’m sure there will be a lot of pessimism this week from folks who have holiday ski trips planned and get paranoid with the mild and wet weather in the coming days.  However, one has to simply look past that and you’ll see that the week in between Christmas and New Year’s could be fantastic.  Check out the 8-14 day temperature probability map below from the CPC.  It’s valid for December 26th through January 1st.  Blue is good!

We’ll definitely see a dip in conditions some this week, but the resorts will be able to get the snow guns going on or right around Christmas and we’ll see the usual quick transformation of snow conditions.  This past weekend saw some of the best December conditions we’ve had in recent memory and a week long thaw won’t do too much damage to that.

All of the above said, get out and ski or ride THIS week if you can.  With the recent stretch of cold, snow, and snowmaking, I have a feeling the upcoming holiday period might be super busy for all of the resorts.  That’s a good thing, but if you’re a local or frequently travel to the mountains you’re going to want to get some turns in this week before the masses show up.

If you do choose to get some riding in this week, whether it be a day trip or an early arrival for the holidays, make sure to be aware of holiday rates.  I noticed a few ski areas were already starting to charge extra for lifties, so be aware of that.  It’s kind of a bummer that it starts so early, but hey I’m not the one who has to pay the bills!

If you are headed to Timberline at some point this season, make sure to check out Liftopia as they have some discounted lift tickets right now.  It looks like a good option if you are going with a family or a group of friends.  Also of note, apparently is Timberline is closed for the next few days.  They’ll be re-opening on Thursday.

That’s it for today.  Keep checking back all week as we’ll keep you updated on everything as we get closer to Christmas!