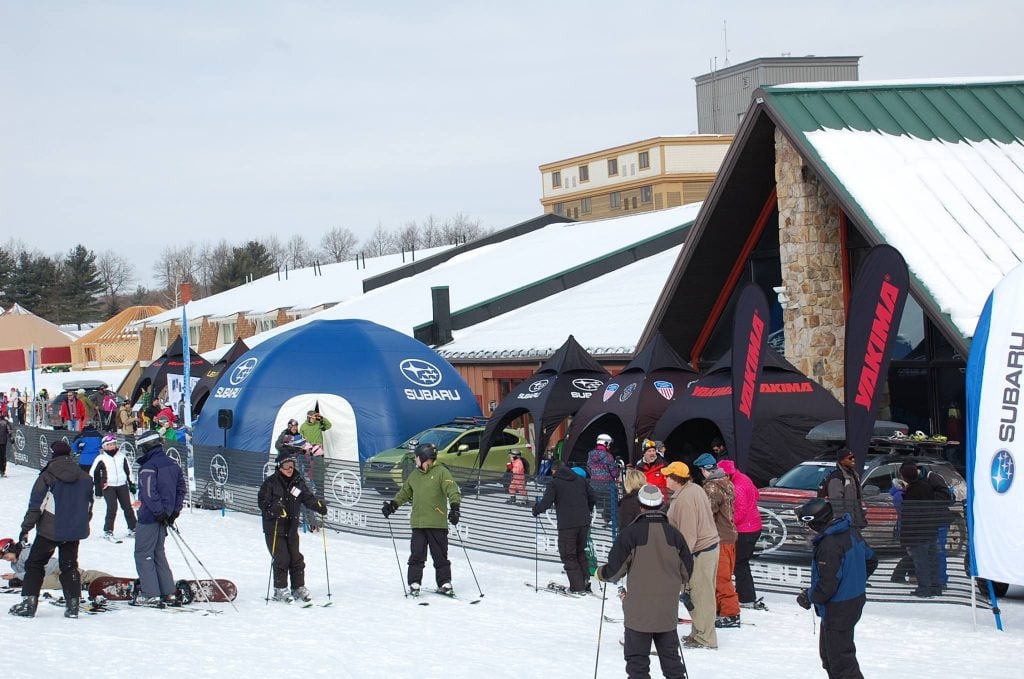 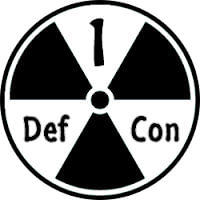 You know MAYBE we ARE approaching Defcon One now. Actually the resorts that are open are holding their own as best as they can AND there are plenty of hardy souls on the slopes across the region. I had a break in my day on Saturday and I used it to peruse the many webcams of the region. There WAS traffic on the slopes even though AT the moment I looked in – it was raining rather significantly.

The first half of Saturday was a nice day. I was still in Asheville enjoying…well…Asheville. The women’s rights protest and march was in full swing. While organizers estimated the march at 10,000 strong, the Asheville Police Department estimated a crowd of 7,000, a gathering that fanned out from the rally’s epicenter at Pack Square, pressing up against city buildings and spilling onto nearby sidewalks and streets. “It’s hard to say how many there are when you have that many people in a tight area,” said APD Captain Gary Gudac. “There’s no way to give a truly accurate account.”\

Not that it matters, but (NO) I was not in Asheville to attend the protests or march. While I support the heck out of women (ask my four daughters, wife, and five female employees) and LOVE the rights afforded to us to express our opinions – I was in Asheville for reasons already shared on Saturday’s report.

By the way, as my wife and I were just trying to enjoy Asheville’s eclectic downtown area – I estimated the crowd at 20,000. So much for my numbers… All I know is that EVERY cool place to chill, grab a beer or some eats was PACKED as the crowds began to disperse and “become tourists” as early as 11:30am.

Shortly after lunch – the skies opened up and it was pouring rain the rest of the day. I couldn’t help but think of Wolf Ridge Resort since we were not far from Wolf Laurel, NC. The drive back to the High Country was a wet one and it rained most of the afternoon. I can’t speak of the entire area, but even as I look out my window this morning – the mountains are blanketed by a dense fog and it is soaking wet here in the High Country.

As I did the FirsTrax report this morning I DID notice that it isn’t nearly as foggy or wet as you look north into Virginia, West Virginia and Maryland. However, there’s a 60-90% chance of showers across the entire region. So Sunday WILL be a challenging one for skier’s, snowboarders and for the region’s snow maintenance crews as they continue to push snow around to keep good, side-to-side coverage on their core trails. 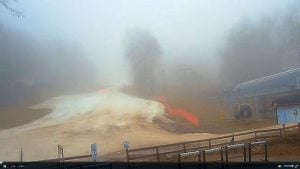 Sugar is Open as of 9:30am Sunday morning. You probably don’t want to CLICK TO ENLARGE.

Most of the ski resorts ARE holding their own. Snowshoe Mountain is STILL boasting 54 of 57 open trails. Canaan has 18, Winterplace 20 and Timberline actually ADDED two open trails that were not open on Saturday. The Virginia ski resorts seem to be holding up as well as is Appalachian Ski Mountain in North Carolina. Beech and Sugar are starting to look rough. That is NOT a negative assessment or critical review as they are doing everything POSSIBLE to remain open and they ARE OPEN much to MY amazement. I personally thought Sugar would be closed today. As I mentioned on Saturday – I’m impressed with how “good” Beech is looking despite the crappy weather. I wish I could say the same for Sugar’s base area.

COLD IS ON THE WAY! MAYBE SOME SNOW!

It is POSSIBLE that we could see some snowguns cranking up on Monday evening. Beech and Sugar could see temps cold enough. It is borderline…but possible. The more likely “reboot date” is Thursday, January 26th. We’ve been looking at that date for about ten days now. If you’ll look back at our FirsTrax post then you’d see that we were sharing the long-range forecast that showed that date as the next real chance of cold temps. It seems this particular 15 day outlook was UNFORTUNATELY accurate.

It LOOKS LIKE this incoming cold snap could be one that lasts about ten days and TEN DAYS of snowmaking will have the resorts looking like mid-season form. I would also tell you guys and gals that NEXT WEEKEND is looking like a VERY SNOWY one (and cold) for the West Virginia and Maryland ski resorts – so if you can drop your previous plans and book a ski trip you’ll thank me later.

Cold temps and some ambience snow will have things back to really good form through Groundhog Day (Feb 2nd) so at least it appears we’ll have some nice conditions for a bit. HOPEFULLY we’ll get a REAL pattern change that brings consistent cold and snow for the rest of February and March. We’ll see.

Make the most of the soft snow available at all of the resorts that are open. The hard-working mountain crews have put in a ton of long hours and hard work to prepare the snow to the best possible condition today. While there WILL BE thin coverage and some bare spots at EVERY SINGLE SKI AREA IN THE REGION – there IS good, side-to-side slope coverage to play on.

It looks like winter is set to make a come back this week, with great snowmaking temperatures and several inches of natural snow possible before next weekend. Keep those snow dances going!

I Spoke Too Soon! 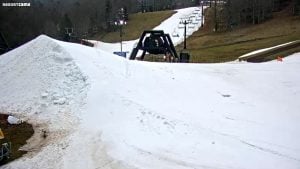 Canaan Valley’s groomers had to finally cut into some of the huge mound of snow to provide good conditions at the bottom of their mountain. Click to Enlarge!

It looks like Canaan Valley Resort had to finally break down and use the huge “Old Man Winter Snow Whale” to push some needed snow around at the base of the mountain.

That huge mountain of manmade snow made for some chuckles as we previously reported that the ski patrol crew had carved the face of old man winter into the snow. The huge whale of snow was not needed until evidently sometime over night last night.

Why Am I Always Having to Defend Myself?

It seems that a few readers took some offense to me showing the LIVE CAM view of the base of Sugar on Saturday. One such person wrote:

“I noticed that you chose to show how bad things looked at Sugar this morning (Saturday) when aren’t all of the ski slopes looking just as bad? Seems that you would want to make sure that your viewers get a fair comparison instead of only showing one place and not the others. It would seem that you favor one place over another, perhaps?” – Ben (no location available)

Um, no. First, we have LIVE WEBCAMS aimed at nearly every ski area these days and you can quickly (and easily) see the conditions most everywhere these days. Second, I actually FAVOR Sugar with my paid visits numerous times each winter. Sugar is the only resort that I have to pay to play at AND I choose to play there each winter. I’ve already played there three times this winter and plan to be there again as soon as things look good!

Last, but not least, we are ONLY reporting what is happening across the region. We have routinely shown MANY ski area’s imagery through their Facebook shares, visitor submitted photos and videos and more.

However since a few people feel that we should provide some point-of-reference comparison of what things look like, check out these.

Here is a good shot from the Basin Camera at Snowshoe this morning. Click the image to Enlarge. 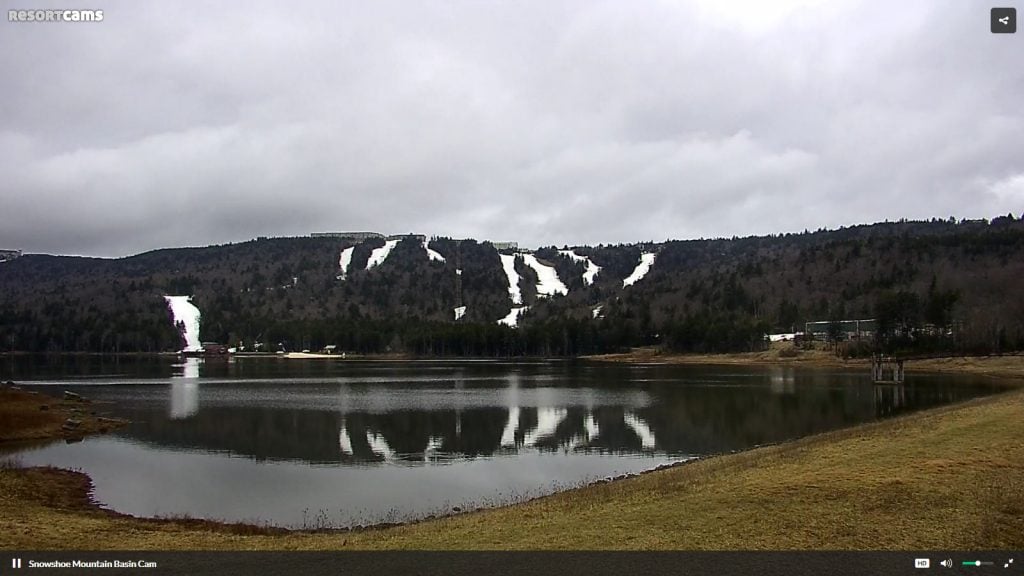 Love this view across Shavers Lake. Click to Enlarge.

In case some of you feel that the image is too long-range…here’s a closeup. 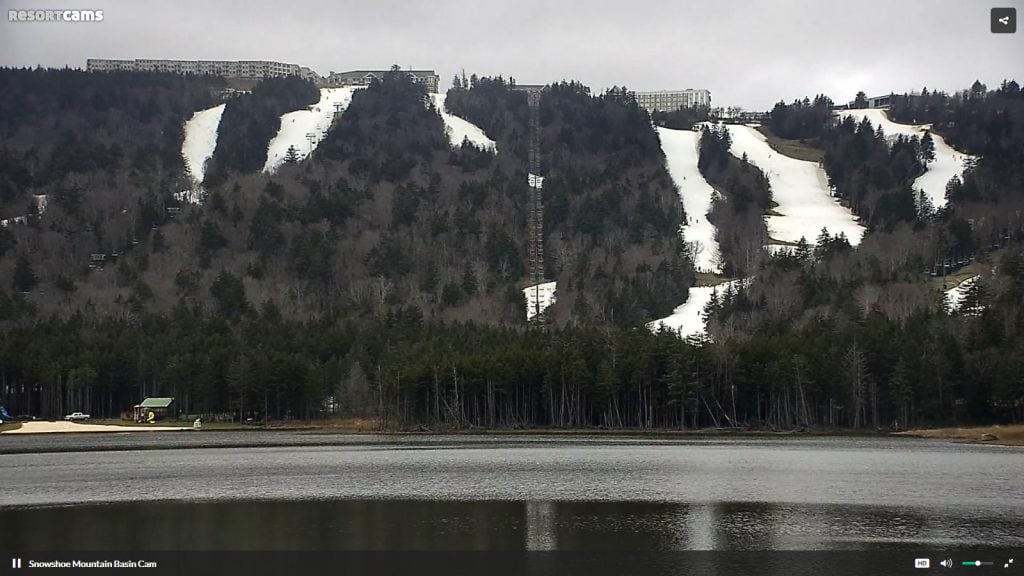 Here’s how things look at the top of the mountain. Definitely in need of some more cold and snow, but things look pretty white with good coverage and there’s a fair number of people enjoying the slopes. 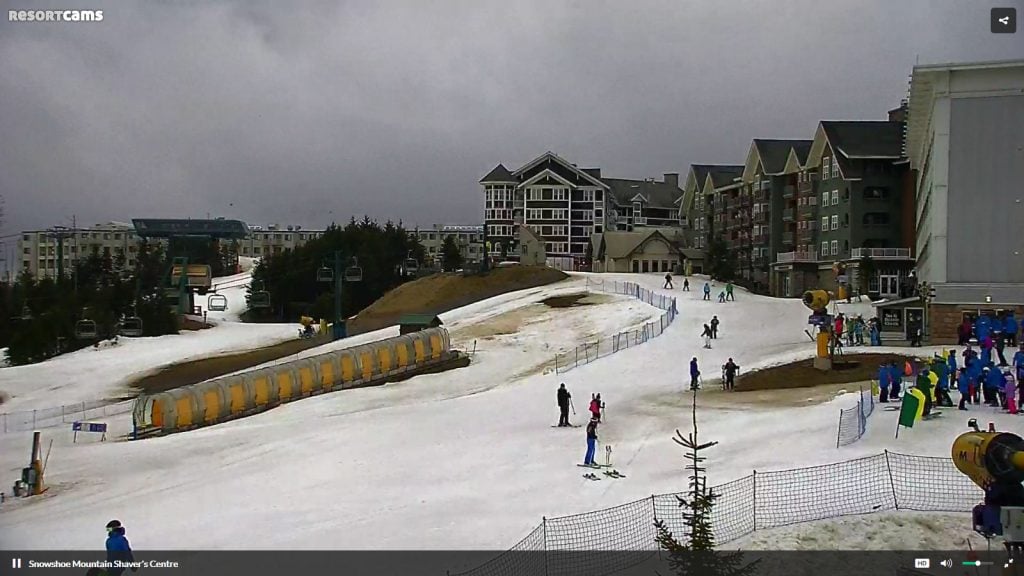 A Look from Shavers Center at Snowshoe. 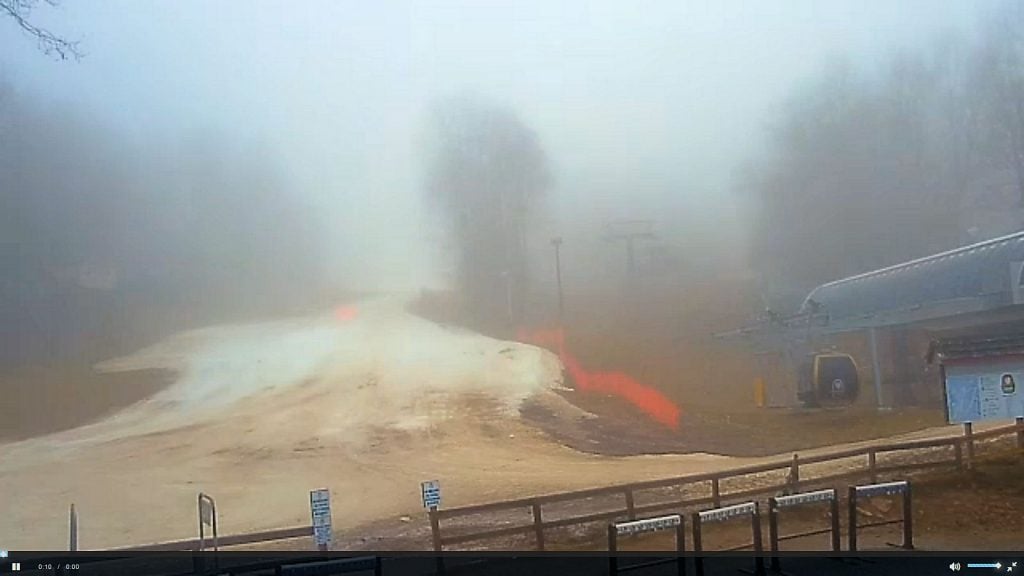 Sugar is Open as of 9:30am Sunday morning. You probably don’t want to CLICK TO ENLARGE. 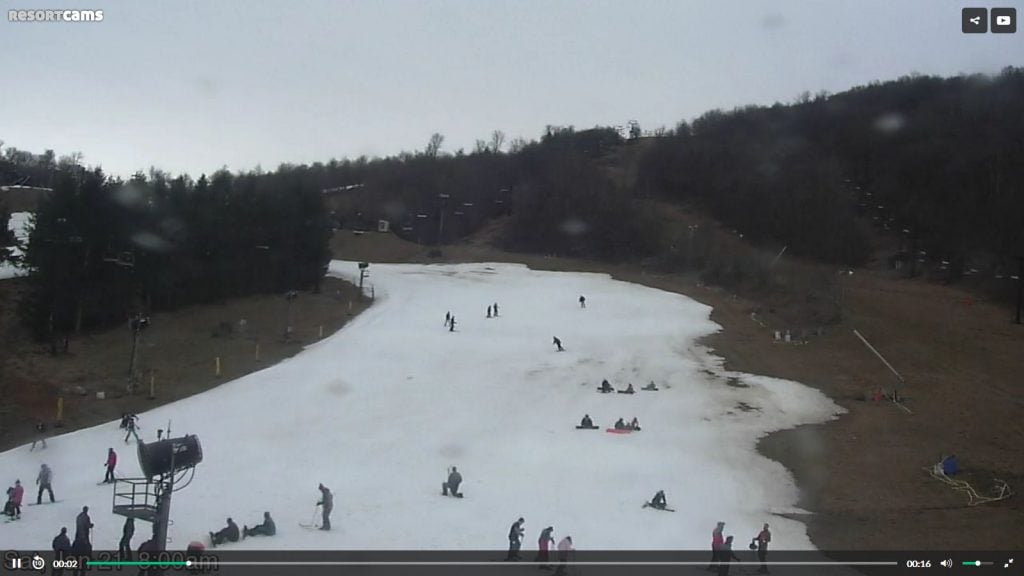 Beech Mountain on Saturday. You can view LIVE CAM at ResortCams.com

A couple of readers asked me about snowfall for the season. So we thought we’d just post the data from the snow report here.

Previous Post
Ski Resorts are Holding Their Own and Open for this Weekend!
Next Post
SMILES AND THANK YOUS CAN GO A LONG WAY