SUGAR OPENS AFTER LESS THAN 24 HOURS OF SNOWMAKING ON NEARLY ONE MILE OF TRAIL WITH A BASE OF 6 to18″! 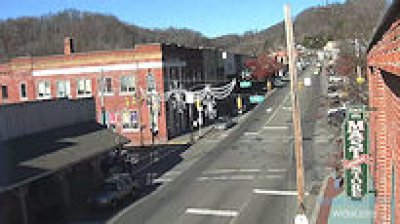 We’re always touting the talents of our snowmaking teams within the Southeast and Mid Atlantic. New techologies, combined with experience and a little bit of cold temps can do wonders with turning a grassy slope into a white, corduroy surface! Granted the 18" being reported is probably at only one or two spots right under a snowgun and at the base of the mountain you’ll no doubt found perhaps 3-4" of base that will barely keep the grass covered after a little skier traffic hits it today.

R-e-g-a-r-d-l-e-s-s it is THE STORY of today as I don’t think I’ve seen any ski area open that soon after cranking up the snow guns. Bear in mind that Sugar covered nearly ONE MILE of terrain with enough snow to open in less than 24 hours.

Cataloochee began making snow at 2:30pm on Thursday and truthfully they LOOK like they could have opened this morning as well. Cataloochee Ski Area in Maggie Valley had already promoted that they would wait until Saturday to reopen.

By the way, Wisp Resort in Maryland is blizzarding their mountain. There’s a cloud of manmade snow hitting seemingly every trail up there. The webcams are showing that progress. Snowshoe Mountain also began making snow actually before Sugar and Cat were able to and they are adding to their base in an attempt to open Wednesday as they had planned.

A glance around at the gazillion live webcams that we now have running around the region shows that the higher elevations got just enough snow to cover the ground and excite the masses.

1.8" of snow fell at Davis, West Virginia. That’s 19.8" up there on the season so far. Thanks to Dave Lesher for all of his great data over the last several years. Unfortunately David has announced that he will discontinue his service on January 1st, 2012. That’s kind of a bummer because we’ve come to know that we can count on him to keep us aware of every flake of snow that falls up there. Thankfully we’ve implemented a greater coverage of content for the Canaan Valley / Timberline area and we’ll definately sign up one of the local CoCoRaHs people to keep us in the know up that way.

Speaking of Dave Lesher, he’s reporting a low this morning of 15° up there and that means that snowmaking was at a premium overnight. It was 17° at Winterplace with some scattered snow on Thursday. Snowshoe Mountain saw a low of 13° and that’s the coldest overnight temp we found. The National Weather Service has an official reporting station up there and they reported another 2" of natural snowfall and that came from only 0.18" of precip. That’s what 13° will do for you!

Looking around the Southeast and Mid Atlantic:

Beech Mountain is reporting 34° and officially one-half inch of snow. That 2.4" on the season so far.

Snowshoe Mountain is only reporting ONE INCH of natural snow but the official National Weather Service mechanism up there is reporting 2" of new snowfall and 25" on the season.

YES, it seems like we’re going to have that kind of winter. Over the last couple of seasons things have kind of been a little more "even" in terms of snowfall with Canaan and Timberline actually leading the way in natural snowfall in each of the last two seasons. The North Carolina Mountains were not INCREDIBLY far behind in natural snowfall for much of last season. During a NORMAL winter, Snowshoe and the West Virginia ski areas will average MORE THAN DOUBLE that of Beech Mountain’s 85" of so. Things appear to be off to a more normal start to the winter with significant snowfall having fallen already in West Virginia with that 25" compared to Beech’s 2.4".

Long range winter forecasters are saying that the North Carolina, Virginia and Tennessee ski areas should see about normal snowfall for this season and temperatures that are from 1-2° colder than normal. We like that forecast because it should mean we’ll have some good natural snowfall and great snowmaking ops for the season.

The forecast is also for those ski areas from around Winterplace NORTH will get dumped on this winter. The glass-half-empty people are using words like "BRUTAL" whereas snow lovers are saying that this season could be "BOMBER" up that way!

I have received more than a dozen emails in my personal inbox asking me about skiing or snowboarding Thanksgiving weekend. As impressed as I am at the fact that Sugar is skiing TODAY and both Sugar and Cat will be open this weekend – I cannot IMAGINE a scenario wherein either of those ski areas will be open for the traditional Thanksgiving Weekend start to the season. The forecast is simply going to be too warm to support any snowmaking after tonight. The same resorts that have made snow thus far will make snow again tonight as temps dip to the middle teens. That will make for a lot of base building at Snowshoe, Cataloochee, Sugar and Wisp Resorts.

Then the mild temps are coming. Snowshoe is looking at under-developed snow (rain) Sunday through Wednesday with highs in the 40s and low 50s and overnight lows in the 40s and mid 30s through Sunday the 27th. The North Carolina mountains are looking at 60° highs by Monday with lows through the 27th that are above snowmaking ops.

You don’t have to be Nostradamus to predict that Sugar and Cataloochee with ski and ride this weekend (Saturday and Sunday) and then Cat will definately close after Sunday sessions until further notice. Sugar will close either Sunday or Monday as showers are in the forecast for Banner Elk on Monday as well.

These guys made a ton of snow at every opportunity thus far and they are blasting away right now as well. With no skier traffic they MIGHT be able to maintain enough base to groom up some open trails for Wednesday. Even they are hedging that bet a little and saying to "Stay Tuned". 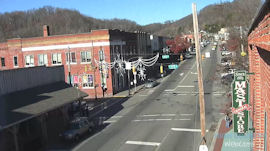 The new, HD Streaming Cam went LIVE late on Thursday on King Street in downtown Boone. Fans of Boone will love this thing. You’ll be able to watch the snowfall LIVE or take in the Christmas Parade later this month. The Christmas lights should make for some festive viewing as well as some simply people watching.

Check it out at: http://www.highcountrywebcams.com/webcameras_KingStreetBoone.htm

Drop me an email at [email protected] with any comments, questions, photos, videos or whatever the heck you want to email me!

Previous Post
Some Resorts are Cranking out SNOW Again! Some light, natural snow is falling as well!
Next Post
Impressive Conditions at Sugar