Down the Stretch by Joe Stevens 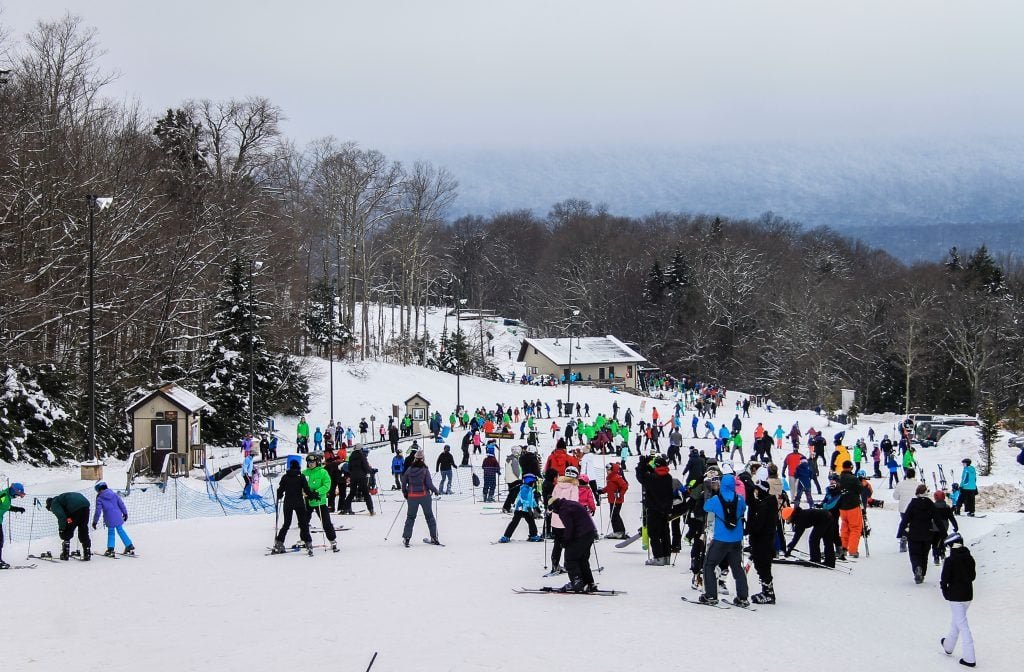 Okay the snow sports industry in the southeast has gotten through the Christmas holiday, Martin Luther King and President’s weekends. For the most part the weather held up for the resorts and the skiers, snowboarders and snowtubers showed up in strong numbers, to the delight of the majority of the resort operators.

Now let’s talk about the season, outside the season that really counts in the long run in keeping the region’s ski resorts viable and thereby moving forward in the seasons to come. From here to the end of the season, sometime in March, visitation is a key to the resorts when they make capital improvement plans for next season. I have spoken quite a bit this year about the millions of dollars that has been invested in snowmaking by the region’s resorts and because of those investments, you can still be enjoying some fun on the slopes, despite looking out your back door and seeing your grass turning green and your daffodils breaking through the ground.

This is the time of the season, that if the previous holiday periods were moderately strong for the resorts, the March visitation’s profits will go to those capital improvement plans. I don’t think any of us really want to see the bill for a new groomer or even those snow guns that have made tons upon tons of snow this season. I think most of us just take it for granted when we head out to the slopes for those early morning runs and find nicely groomed slopes with fresh man-made snow. Again, it’s this time of year that is so critical for resort operators, as they are already making plans for next season and what they are going to be able to provide everyone that comes and drops down their hard earned bucks to have some fun on frozen water. Of course I am talking about snow or over developed rain. See, you can say the “R” word for a positive thought.

Just because you are seeing your daffodils starting to make their appearance for the year, that doesn’t mean all of the snow that has been made this season is going to go away anytime soon, believe me. How quickly we forget that there were some sad faces this time last year, when yes there were some brown spots on the slopes and it just didn’t look like a happy spring season was on the horizon for the industry. Then, do you remember what happened, yes, one of those nice March snowstorms and everything was good again for the rest of the season. I know for a fact that there were a couple of resort operators who took it on the chin and called it quits about a week too soon. Yes, they heard it from a lot of you out there as there was plenty of snow on the trails and the resorts were closed.

My son Christian reminded me the other day, that he remembers when he skied in his fresh overnight snow and his smile was evident for days after. The biggest snow storm I ever experienced during my 16-seasons at Snowshoe Mountain, came in March when I watched nearly 50 inches of snow fall in about a day and a half. So don’t give up watching those weather forecasts and watching the resort’s webcams to see just how much snow is still on the trails. This is the time of year when, if you don’t like the weather, just give it a few hours and it’s going to change. I don’t think I have to remind you that especially during this time of the year, it could be raining at the base of your favorite resort and be snowing at the summit. We have a farm house located at 2800 feet in the southern end of Randolph County in West Virginia’s Allegheny Mountains and I have walked out my front door on a many occasion, headed for a day on the slopes and by the time I headed up Snowshoe Drive and got to about 3400 feet, it was snowing and my attitude quickly turned to getting on the slopes to enjoy some fresh snow. It’s that perception and reality thing. You are at the base of your favorite mountain and it’s raining then moving up the mountain you find that change to snow and your perception of reality quickly changes for the good. Then you quickly message your friends who didn’t think the conditions were going to be worth a darn and let them know they were going to miss a very nice day on the slopes and you got to rub it in a little bit or probably a lot.

This coming weekend, March 1 -3 is the 12th annual SkiSoutheast.com’s Summit at Snowshoe Mountain. It was the same weekend last year that over six inches of fresh snow fell for a memorable first tracks with Mike and the crew. Christian and his two skiing and snowboarding buddies are still talking about making real fresh tracks. We are hopefully joining the SkiSoutheast crew at Snowshoe but a new hip that is scheduled to be installed in me on Monday (tomorrow) may keep me from attending, but I do believe the rest of our clan will make the trip to the mountain for the exciting weekend. It’s going to be up to my orthopedic surgeon to decide if I am going to be able to make the trip. Needless to say, I won’t be snowboarding, lord willing, until next season. But if I can make the three hour trip to the mountain safely and put up with my wife driving through the mountains (just kidding Angie), I will still see everyone there. We will just have to see. Wish me luck, please.