Stella Turned Back the Clock from March to January 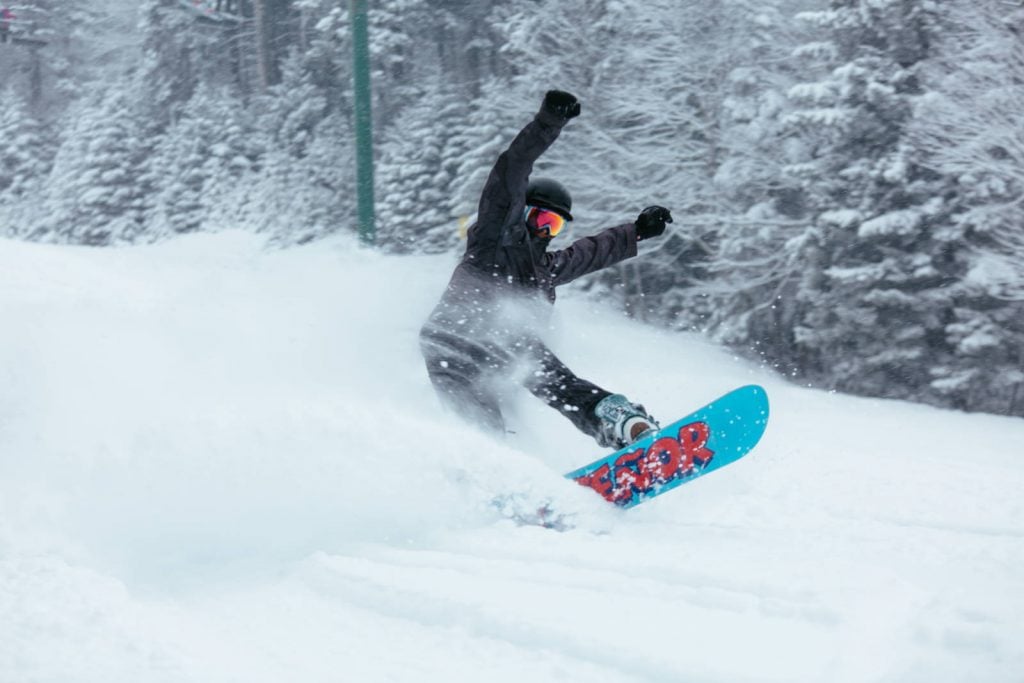 The late season storm is winding down but man oh man has it been a fun 36-48 hours.  All of the open ski areas saw some snow, some more than others, and yesterday looked amazing as it continued to snow throughout the day.  After a relatively warm few weeks to begin the month, Stella turned back the clock and has today looking (and especially feeling) more reminiscent of a January day, not March.

Let’s first take a look at this morning’s snowfall totals.  The updated table is below.

The Northwest Flow snow machine cranked up yesterday, hence the zero snowfall totals in the last 24 hours for the Virginia resorts.  They always get stuck in the snow shadow of WV whenever that happens.  As for the West Virginia resorts, it looked beautiful up there yesterday as the webcams showed moderate snowfall all day long.  It was a bummer to see the slopes empty at Timberline (closed until Friday) and Canaan (closed for the season), but there were lots of people out and about at Snowshoe and Winterplace taking advantage of the fresh powder.  We posted a gallery yesterday with a ton of images from the morning session at Snowshoe.  It’s pretty cool.

Continuing up in the northern part of the region, Wisp Resort has seen 8″ of snow thus far and that has them planning on re-opening for the upcoming weekend.  They’ve been making snow like crazy out there and it’s amazing how good it looks compared to just a few days ago.  Check out the webcam to see what I mean.  Here’s some info on what they are planning for the weekend.

Further south in the region, the Northwest Flow snow machine also brought the goods to the open North Carolina ski areas.  Beech and Sugar always benefit from NW flow and they did once again, but a lot of the time Cataloochee is in the snow shadow of the Smoky Mountains.  So it’s nice to see that Cat is reporting 2″ of additional snow in the past 24 hours.  As their snow report noted this morning, that’s 7″ of snow since Saturday evening for them.  Combine that with their recent snowmaking and it looks awesome out there.  Shoot, I’d wager that these might be some of the best conditions they’ve had all season!

There is a little more snow expected today, mainly for the areas in the northern part of the region.  Snowshoe, Timberline, and Wisp are all forecasted to get another 1-3″ today before the event winds down.  The big story today though is the brutal cold.  A week ago we were looking at spring temps.  This morning, we have a negative degree reading at Snowshoe as they are at negative two degrees this AM.  Brrrrrrr.  Beech Mountain wasn’t far behind as they were sitting at zero degrees.  Others are generally in the single digits and teens.  High temperatures today won’t get out of the teens and 20’s.  The wind is going to make it worse as it’s supposed to be howling today.  If you are braving the elements and getting some skiing or riding in today, bundle the heck up.

I’d have to look back at the weather from earlier this season, but this is definitely going to be one of the coldest days of the season.  And in March!  While it probably won’t be THE coldest, it’s easily going to be the coldest compared to average for the time of year.  For instance, the average high temperature for Snowshoe on this date is almost 40 degrees.  The forecasted high today is 12.  That’s a 28 degree difference from average.  Yowza!

In general, the next few days will be on the cold side.  We’ll gradually see temps becoming milder as we head into the weekend, but between now and then the snow that did fall over the last few days shouldn’t disappear.  There is a little bit of underdeveloped snow in the forecast for Friday night, but for the most part the weekend warriors should have some stellar conditions.

As I said yesterday, it stinks that this is happening so late in the season and after many resorts have called it quits with snowmaking.  This next few days would offer primo snowmaking conditions but alas, only a few continue to do so.  I know it doesn’t make sense financially but it would still be nice to see.  We’re also so close to the end of the season that this latest snow should be enough to last through then.  It’s crazy to think that NEXT WEEKEND is going to be the final hurrah.  Kudos to Snowshoe, Wisp, and Appalachian Ski Mountain as they are the only ski areas to have made snow in the past 24 hours.

This might be the final snow of the season so try and take advantage of it if you can!  If you can’t get out this week, the weekend looks good as well.  We’re less than two weeks away from the end of the season, so get it while you can!