Someone emailed me on Sunday asking, “Where do you guys get your snowfall totals from?” He questioned things because of what he read on another website.

Here’s the best way I can answer that. There are several ‘levels’ to the answer.

First, we’ve been at this for 23 seasons and we HAVE had an impact on a lot of ski areas on how they report, and even when they report. Back in our early days we called it “No Bull Snow Reporting” because unfortunately there was enough bull being spread by some ski areas that you could have fertilized all 1,302 acres of skiable terrain that make up the combined 16 ski resorts of the Southeast and mid-Atlantic!

…and don’t even get me started on base-depth reporting. That USED to be a constant thing to fight off resort attempts to go to the sky with their base numbers.

Back in the day, most ski resorts didn’t WANT webcams aimed at their slopes. That wasn’t all that long ago, my friends.

Things have changed a lot, with the exception of a couple of ski areas that still just kind of post estimates – especially when it comes to natural snowfall. Unfortunately, there are a couple of ski areas (literally two) who apparently look around at what XYZ Resort posts and then up it by 1-3″. One even goes as far as to tweak their weather station to show temperatures 1-2° colder than what it is. (Yes, this is a true statement, and YES you can calibrate weather stations to do that.)

That’s a shame, but that’s the real world and while 87.5% of ski resorts report spot on as well as they can, the others are willing to post marketing numbers.

However, our 23 seasons has taught us enough to check behind all reports so that WE can educate our readers with the real data. Our take is that we don’t want one ski area reporting “fake news” that would attract someone to go there – instead of another ski area…that reported accurately and APPEARED to have less snow…when they didn’t.

Pretty simple, really. We know who to trust and who not to trust. So we take the data that ALL 16 ski areas provide and then we use additional resources to confirm or correct it.

One is CoCoRaHS. What IS CoCoRaHs?

CoCoRaHS is an acronym for the Community Collaborative Rain, Hail and Snow Network. CoCoRaHS is a unique, non-profit, community-based network of volunteers of all ages and backgrounds working together to measure and map precipitation (rain, hail and snow). By using low-cost measurement tools, stressing training and education, and utilizing an interactive Web-site, our aim is to provide the highest quality data for natural resource, education and research applications. We are now in all fifty states.

Where did the CoCoRaHS Network originate?

The network originated with the Colorado Climate Center at Colorado State University in 1998 thanks in part to the Fort Collins flood a year prior. In the years since, CoCoRaHS now includes thousands of volunteers in the Northern Hemisphere.

There are CoCoRaHs reporters in most of the 16 mountain communities that make up our ski resort coverage area.

Second, a couple of the ski resorts actually HAVE NWS Official Reporting stations on their mountains. So we pull OFFICIAL SNOW TOTALS from those stations.

Third, probably the most detailed snow reporting website covers two of our ski resorts (Canaan Valley and Timberline) and it is operated by David Lesher of http://data.canaanmtnsnow.com/

I have bragged on Mr. Lesher’s service for years now. If ONLY we had that resource for every ski area.

Last, but certainly not least, we recruit “snow spotters / reporters” for all of the ski area communities. We recently lost a couple due to relocating and retirement, however we were also fortunate enough to recruit two new reporters recently and that network of people help us provide you, our readers with the best, most accurate snow reporting around.

So I’ll leave you with this. When and if you see snow totals that are different than what we are reporting, you can rest assured that ours are the ones you need to trust.

As I was typing this, I just heard from our official snow reporter, Angie Caraway, from atop Sugar Mountain and she is reporting 22″ and it is STILL SNOWING at 9am this morning.

This past weekend’s storm (and the one that is still bringing snow as of this writing) has been kind to the North Carolina and Virginia ski areas. Snowshoe DID pick up 4″ in the last 24 hours and further south, Winterplace Resort saw 15″. However, Canaan Valley saw none from this system.

Prior to this weekend, Canaan Valley and Snowshoe were leading the way with natural snowfall at 25″.

With this crazy storm, Beech Mountain Resort now leads the region with 33.5″ on the season. Appalachian and Wintergreen each saw 19-20″ of snow, taking them close to the top of the list. Check out these numbers

NUMBERS OF A DIFFERENT KIND…

As I am typing up this post, there are 4,518 pageviews per MINUTE happening on ResortCams.com.

Yesterday was a RECORD day of visitation for us here at “SkiSoutheast-land”. We saw 778,463 users checking out all of the webcams. During the two day storm we saw more than 1.3 Million users! 77.1% of those visits were from NEW VISITORS…and that, my friends, is how we grow!

SkiSoutheast.com, ResortCams.com and our weather network saw a record number of visitors on Sunday and with the 4000+ pageviews per minute going on right NOW, we’re going to see a huge day today.

Patrick Kidda sent in the Photo of the Day for this post…and David McCue sent these from his visit to Sugar on Sunday. 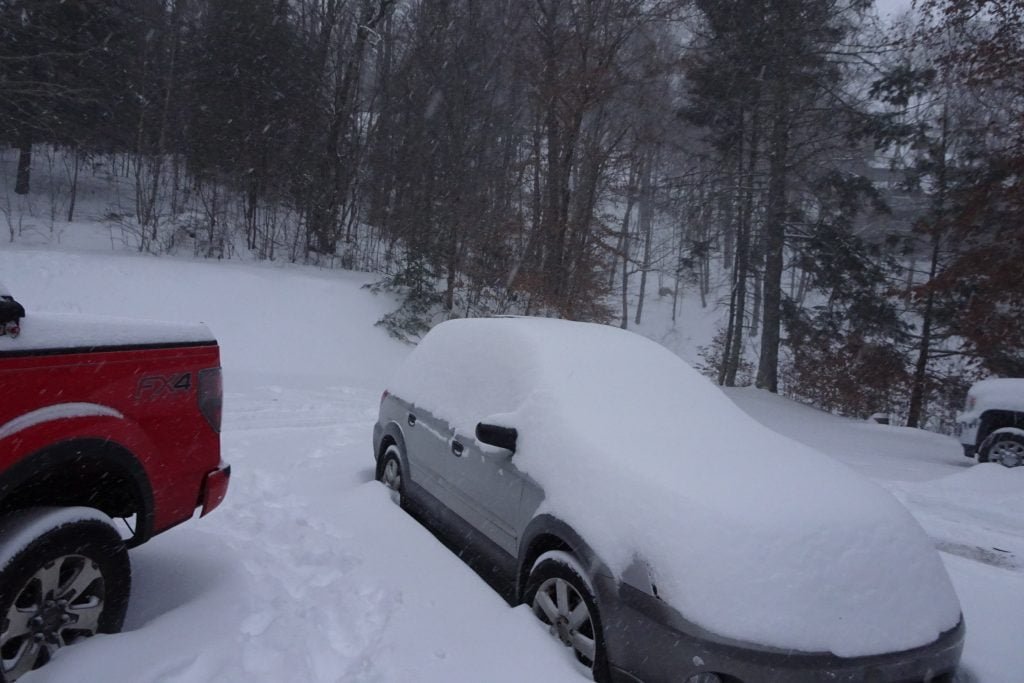 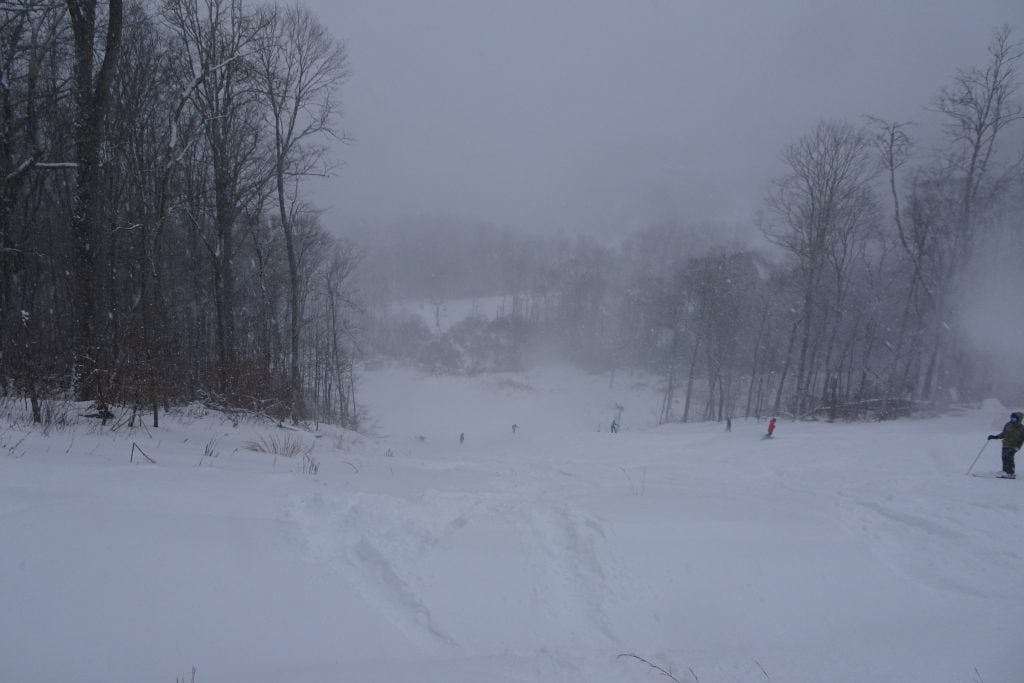 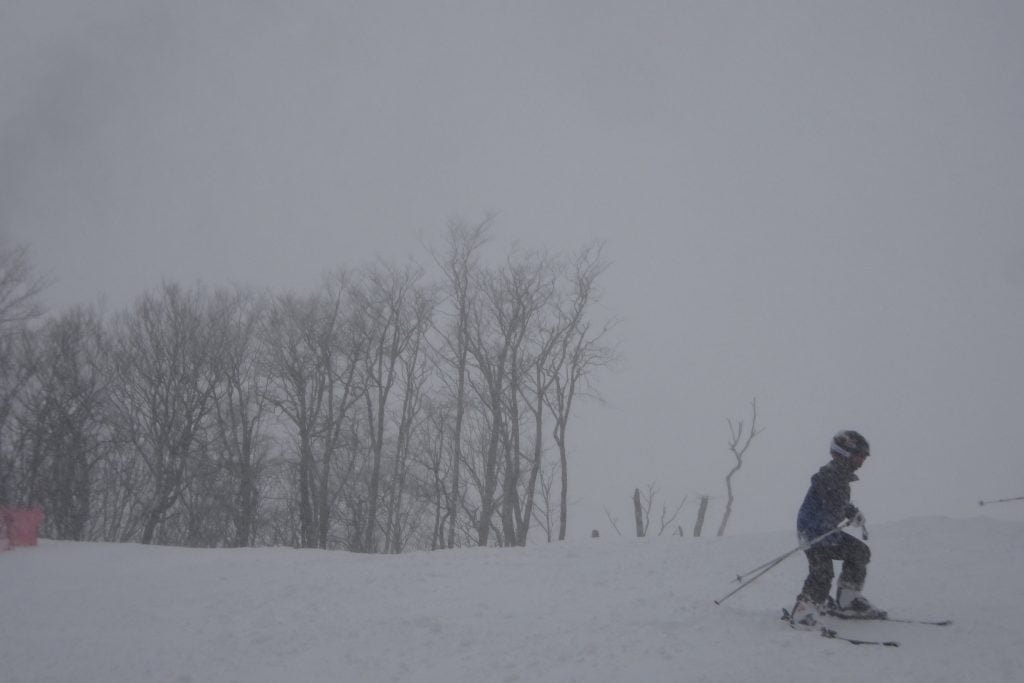 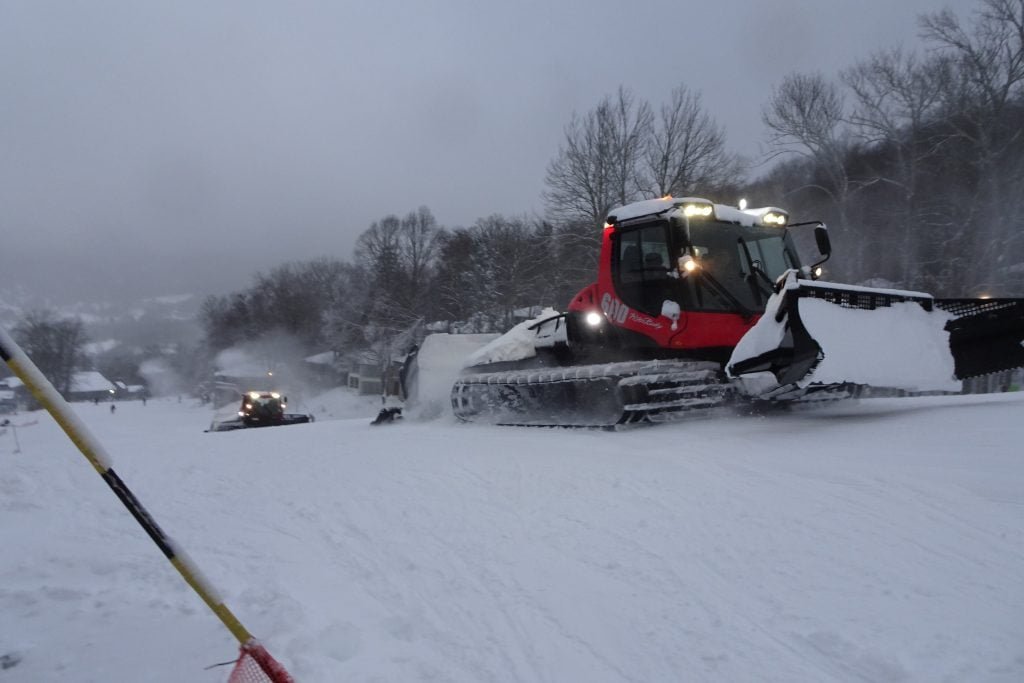