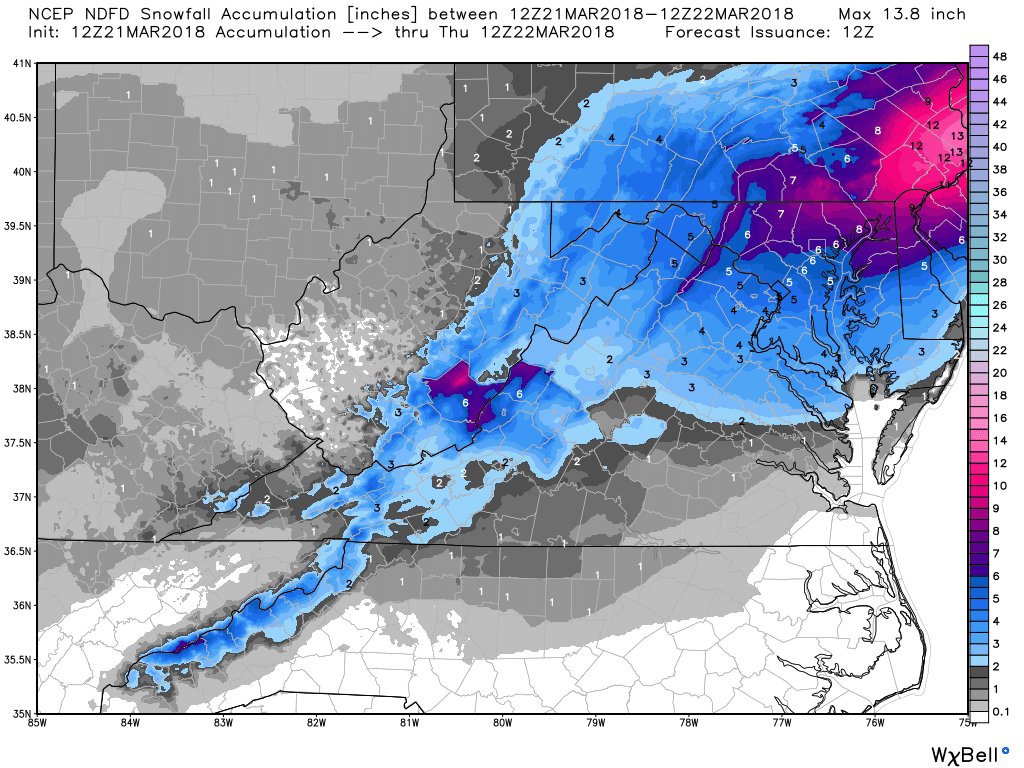 Today is the first full day of spring but it looks more like mid-winter in the mountains of the Southeast.  While it did snow some during the day yesterday, the main event arrived overnight and all of the open resorts have some fresh snow on the ground this morning.  And more is on the way!

The radar this morning is a thing of beauty.  Snow on the backside of yet another Nor’easter covers the entire region.  Even folks off the mountain are seeing flakes flying this AM.

Snowfall totals thus far range from light to moderate with the lighter totals in North Carolina and the heavier ones up in the Virginias.  Below are those numbers.

As you can see, totals increase the further north you go.  Numbers are lean thus far here in the North Carolina mountains, but it looks like the snow is starting to pick up in intensity as I write this report.  The App Ski Mountain webcam shows some heavy snowfall rates.

I’m pretty stoked to see the Virginia resorts getting in on the snow fun.  Massanutten’s five inches overnight and this morning more than doubled their entire season snowfall up to this point.  I don’t know if that’s awesome or sad.  We’ll go with awesome.  Kenny Hess and the folks at Massanutten were so excited about the snow that they are back open today, two days earlier than scheduled.  They have some specials and what not for the rest of the week so click the link below to learn more.

Bryce Resort rarely updates their snow report and have not reported any snow numbers yet, if they actually do, but Bill Nabers was up there yesterday and said it snowed an inch and then sneeted (snow and sleet) another inch. It looks like more has fallen since then and it was still coming down this morning.  They too probably just doubled their seasonal snowfall.

Head on over to West Virginia and Snowshoe is the winner this morning.  The Shoe is reporting 6″ this morning.  I’ve lost count of March snowfall for them, but it’s approaching 6 feet, maybe more, if I’m not mistaken.  The Boathouse Cam out there this morning showed some fresh mini pillows on the tables. 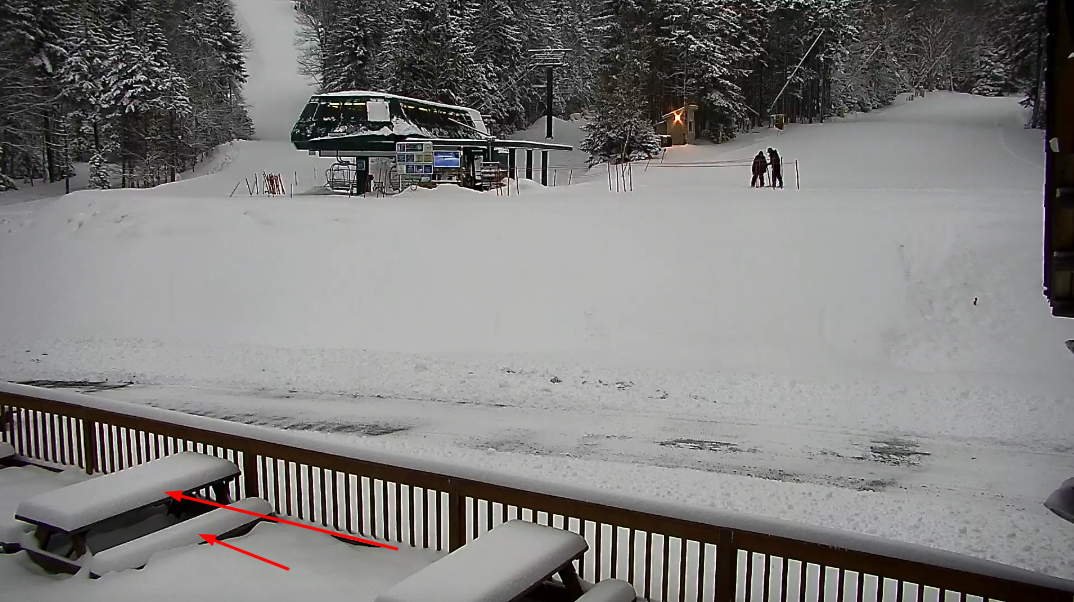 Winterplace just updated their snow report and are saying 4″ of new snow.  The fact that they are continuing to update their numbers leads one to believe that they will definitely be opening back up this weekend.  No evaluating needed.

Finally, Wisp resort came in with 4″ of snow thus far as well.  Depending on how much snow they get in the next 24-36 hours, they could finally top the century mark for the season as they sit at 95″ right now.

The snow will continue to fall today before tapering off tonight.  Additional accumulations look to be the in the light to moderate range.  Two to six inches looks to be the general forecast range for the North Carolina and Virginia ski areas.  The West Virginia resorts and Wisp look to see three to seven additional inches.  The skiing should be FANTASTIC today.

So this will end up being another March snow event with healthy totals.  What a month it has been.  At this rate, we’ll have more than one ski area being able to possibly push their season into April.  Easter skiing and snowboarding anyone?  I’m down!