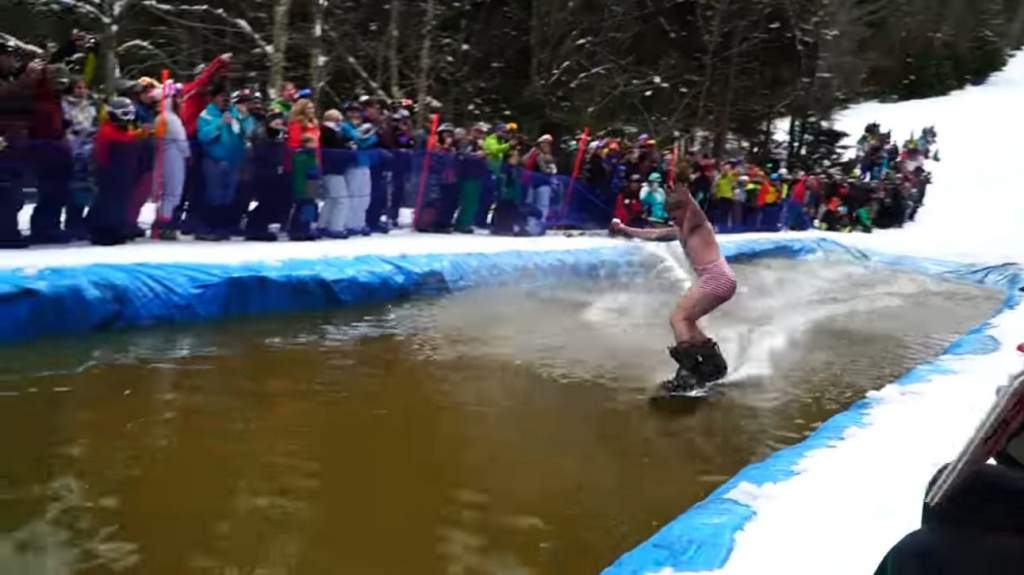 Spring temperatures remain today as we’re going to see the warmest conditions since February.  The blowtorch that Panovich likes to talk about is in full effect as southerly winds will push high temps into the 60’s and even 70’s for one open resort.  Can you say mashed potatoes?

If you enjoyed yesterday’s warmth then you are going to love today.  After a cold and snowy March thus far, the NWS forecasts for the remaining open ski areas finally look more reminiscent of what we normally expect this late in the season.  The forecasted high temp today for Bryce Resort is 76 degrees.  All of the other open resorts are looking at temperatures in the 60’s.  No matter where you go today, the snow will be soft and bumped up by late morning.  It’s a good day to play around and try new things.  Soft snow means it doesn’t hurt as much when you fall.

Showers are going to move in later today and tonight, sticking around for most of tomorrow.  Fret not though if you are trying to get one final day in this year.  The weekend looks much improved for the most part, especially Saturday.  It’s the choice pick of the weekend as bluebird skies and relatively cooler temps should make for some excellent spring skiing and riding conditions.

The webcams show that these temps in the past few days have begun to deteriorate snow conditions.  Brown snow and a narrowing of trails is becoming more noticeable.  The mild, wet weather was too much for Wisp Resort and they made the decision to NOT re-open this weekend like they had hoped.  Bummer.

Massanutten is still hoping to open back up tomorrow, although the forecast makes me wonder if they’ll hold off until Saturday to do so.  It’s going to be in the 70’s and 60’s out there over the next two days with showers moving in.  Hopefully the snow can hold up and they can get a final couple of days in this weekend.

The other question mark is Winterplace.  They are still contemplating opening back up on Saturday.  Like Massanutten, we’ll just have to wait and see how much of a hurtin’ the weather does on the snow over the next two days.

That leaves Cataloochee, Sugar Mountain, Bryce Resort, and Snowshoe as your only surefire options to make some final turns in this season.  Bryce closes on Saturday with Sugar and Snowshoe following suit on Sunday.  Cataloochee still hasn’t announced anything, but the forecast lends one to believe Sunday will be it for them as well.

Make some plans to ski or snowboard in the coming days if you can.  It won’t be long before we’ll all be feening to get back on snow.  I know it always hits me sometime in May.

I believe this is me signing off for now.  Team Appnet is off tomorrow for Good Friday so Mike will be with you all for the last few days of the 2017/2018 season.  This has been my eighth season (with a one year break mixed in there) doing the morning report.  It’s always a treat to be able to do this and hopefully you all enjoy what I have to say, no matter how random it can be sometimes.  I’m sure we’ll be working on some things for next season, but feel free to email me at [email protected] if you have any thoughts of suggestions.  Until next season…

Previous Post
More Spring-Like Weather and a Look at the Season as a Whole
Next Post
Good Friday Everyone!