The Spring Preview is Over 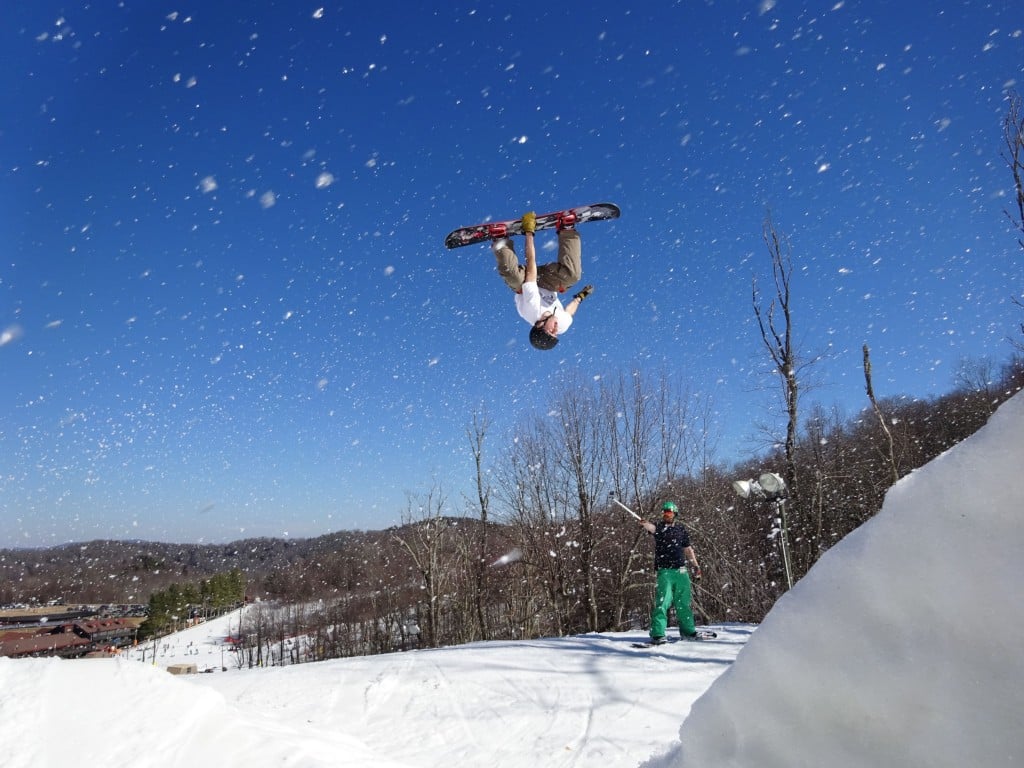 What a weekend!  If you were outside, the weather probably had you convinced it was late March and not early February.  Yesterday saw temperatures soar into the upper 50’s to near 60 and blue skies accompanied the warmth.  It really was a spring preview.  I made it out to App Ski Mountain yesterday and was snowboarding in a t-shirt for the second half of the day.  A t-shirt!  In early February.  Crazy.  I posted a trip report over on the messageboard that you can view by CLICKING HERE, but here’s my favorite shot of the day.  It’s Thomas Ward (carvebeast) throwing a backflip on the bigger jump that was set up out there. 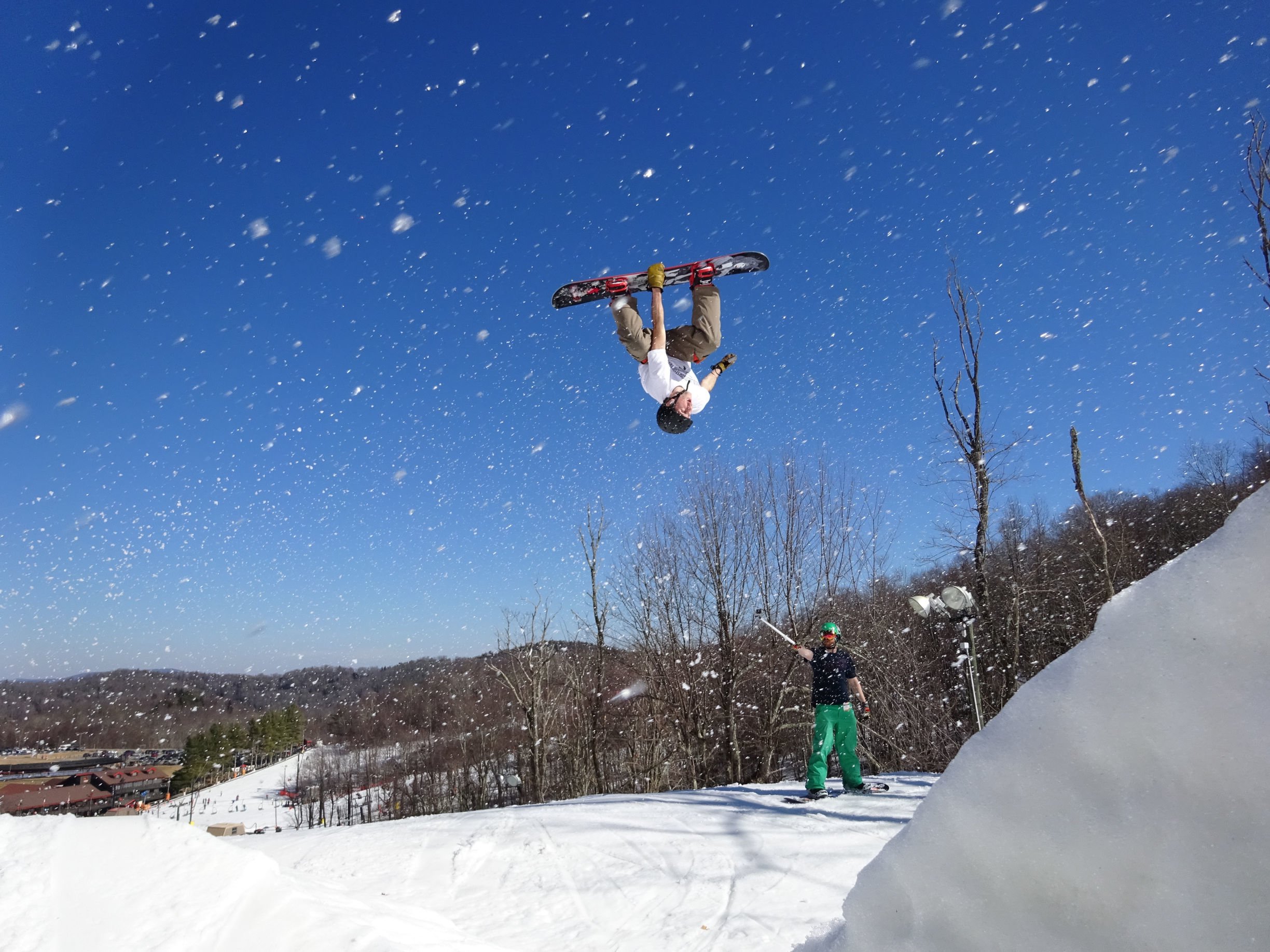 There’s also some other good trip report from recent times over on the messageboard, so make sure to check them out.

Just to reiterate how warm it was yesterday, check out some of the high temps from a few of the ski areas below.

Those numbers may not seem like all that high, but for early February they absolutely are.  It was definitely a slush day no matter where you were.

If you enjoyed the warmer temps this weekend, don’t get too used to them.  After I got home yesterday, I saw this tweet from Brad Panovich.

Hope you enjoyed this Sunday because next Sunday winter gets its revenge. #ncwx #scwx #cltwx pic.twitter.com/2kDSkxwMdI

Winter returns this week, and with a vengeance by the weekend possibly.  One of the local forecasters for the high country of North Carolina has a high of 0 for Beech on Sunday.  Zero!  What a difference that would be from one Sunday to the next.

Regardless of how low the temps actually get, the overall theme is that colder temperatures return this week.  As much as I enjoyed riding in a t-shirt yesterday, it’s too early to be having days like that.  There’s still at least 6 weeks left of skiing and riding and hopefully some snow mixed in there.  Slushy spring days will have to wait another month.

Unfortunately, a little rain and freezing rain is in the forecast for today and tonight.  Yuck.  There’s already a few reports of wet granular conditions this morning.  Mondays are never fun, but when it’s grey and wet outside that just makes it worse.  Cooler air moves in for tomorrow and Wednesday, but the really cold stuff doesn’t arrive until Thursday.  It looks like another mini-snow event is in play for Thursday as well.  The oh so important and oh so busy President’s Day holiday weekend is shaping up to be a good one.  It’ll be cold, but the snow will be good.  I’ll talk more about that throughout the week.