We hit another milestone today with the time change.  You can really feel spring creeping in now – especially if you were on the slopes yesterday.  What a quintessential southeast spring skiing day!  Today is going to be much the same too – a wonderful time to be alive!

I’m just going to come straight out and say this – Wolf Ridge is done for the season.  We thought today was going to be their final day, but they made the call and shutdown. They must have had a disappointing day yesterday in terms of people on the slopes.  I guess they thought that everyone had moved on. 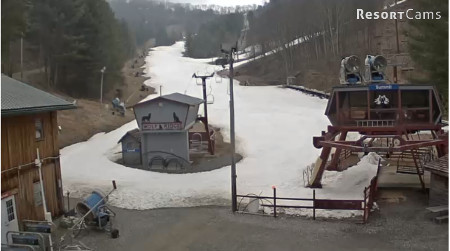 Another one down – Wolf closed for the season.

I went through Wolf’s trials and tribulations yesterday so I wouldn’t rehash it here.   But I will say that it kinda surprises me that Wolf is not more popular than it is.  It’s a pretty quick drive from Asheville, which is one of the southeast outdoor meccas, about the same driving distance from Charlotte to the High Country, and close to a couple east Tennessee universities and towns.  There sure is a lot of missed potential there.  When I met with the interim team there earlier this season, in addition to talking about the upgrades they had planned for the winter, we talked about summer activities.  As we were postulating about what it would take to break into the summer activities, I mentioned that I bet all you had to do was turn on the lifts during the summer and invite mountain bikers.  I also mentioned that I bet if you did that and put out a call for trail builders, you would get a very enthusiastic core crowd that would be more than happy to build the trails for free.  There’s no other lift fed downhill around for bikers.  If this was a MBA case study, we would talk about opportunity costs for days.

OK enough with the closings, let’s move on the current.  Ober is having their Spring Fling today. 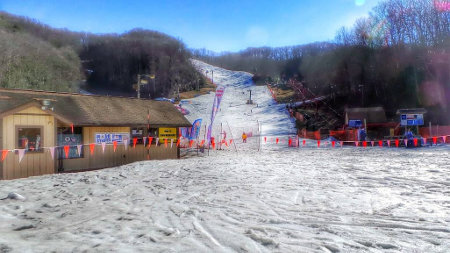 Getting ready for Spring Fling at Ober 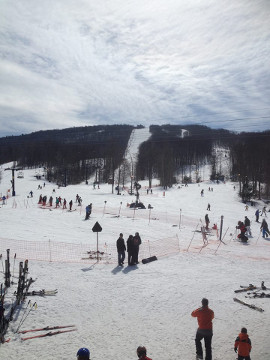 Canaan Valley’s March deals start tomorrow (Monday).  The release states that starting Monday, March 10th through Sunday, March 23rd, lodging: $79 midweek and $89 weekend. Ski specials: $20 Lift, $30 Lift/Ski Rental and $40 Lift/Snowboard Rental. Tubing just $12 per two hour session.  If one were to read between the lines a bit, it sounds like Canaan is also targeting Sunday, March 23 as their closing date.  That makes 5 of our member resorts that are targeting that day.  That means 2 more weeks to ski and ride at these resorts.

Yes, the season is coming to a close and the resorts are starting to think summer. 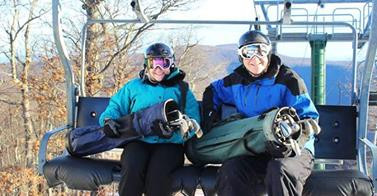 Ski and Tee at Winterplace Resort

We are already well underway with our summer plans here too.  As many of you know, I partnered with Mike Doble on SkiSoutheast, which has the winter solidly covered.  But what about the summer, where do you guys go and what do you do when the slopes close down?  One of the other sites I run and operate is onthemtn.com, where I plan to follow the resorts as they transition to mountain biking, and also add in other summer activities such as river running.  What do you guys think and what would you like to see from a summer site?  Let me know and we’ll get this up and running just like you did with SkiNC and SkiSoutheast.

Previous Post
Perfect Day to be on the Slopes
Next Post
DONâ€™T LOOK NOW, BUT IS TIME RUNNING OUT?