Southeast Ski Season is on its Way!

We’re hitting a feverish pitch around here – all indications are that we will be SKIING THIS WEEK!  The weather forecast is calling for a cold front that is dipping down from Canada to hit the Southeast on Tuesday morning starting in West Virginia with some possible accumulations in the North Carolina mountains by Tuesday evening.  Check out the full forecast from the Weather Channel.  And if you missed it, our very own Herb Stevens has his forecast here.

Cataloochee announced over the weekend that they expect to open this Thursday, November 14th.   To think, in just a few short days we will have the chance that we have been waiting for since April 7th.  The chance to sit down on a cold chair lift, hunker down for the ride up, and then to finally feel gravity’s sweet, reassuring pull as our waxed bases find the fall line and start to slide.   To say we are excited would be a huge understatement.

I had the opportunity to meet with the folk at Cataloochee last week.  I picked a great time to visit for on the way up I got behind a brand new snow cat that was being delivered. 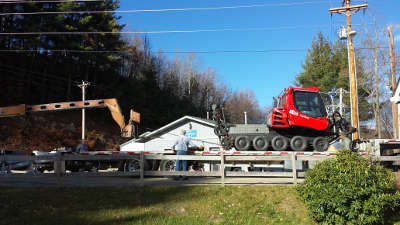 When I finally arrived, I met with Tammy and Chris and got a bit of insight into their thinking for the season and some of the summer improvements they were finishing up on.  One of my favorites is the new deck they are adding to the main floor of the lodge. 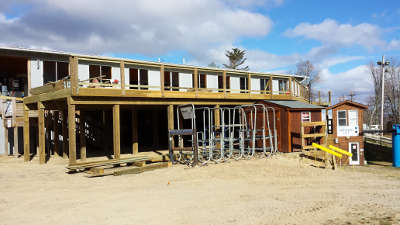 This is going to be an awesome place to setup camp and watch the action.  Some of the other improvements they have made for this season include over a dozen new snow guns, like this shiny new one mounted near the lifts, as well as 2 new 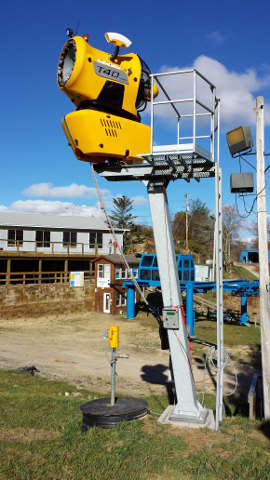 Our conversation quickly turned to the prospects for the upcoming season (awesome of course!), the winter Olympics in February, and Cataloochee hosting an Olympic watching party. We also hatched a most glorious plan that will enable me to be up at the top of the hill when the first Southeast skier/rider of the 2013/14 ski season slides off the lift.  Be sure to keep an eye on Skisoutheast.com on Thursday morning starting at 9:00 for the first images of the new season.

Now, I just took a bit of a leap of faith.  As most of you know, Cataloochee and Sugar Mountain are usually the first to open.  The folks at Sugar have cranked up their guns as well and would very much like to, at least, meet Cataloochee’s opening – although no specific word has come out of the Sugar camp yet. Both Cataloochee (top) and Sugar (bottom) have already started to cool the ground and lay down a bit of the white stuff. 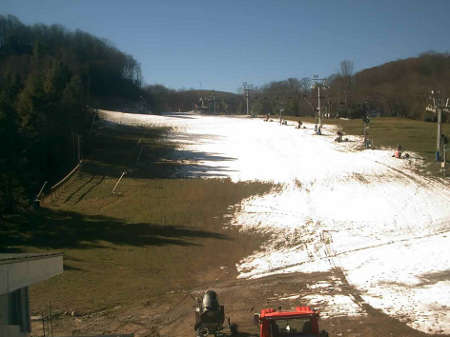 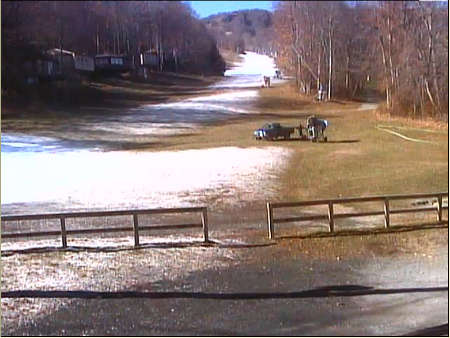 So, Wednesday evening I will pack the gear in the Jeep and head west towards Cataloochee.  I’ll hopefully make it to Sugar this week too (assuming they open) and depending on how things work out may be able to pull off being there for their opening as well – we’ll just have to wait and see how things develop.  The next 72 hours will provide the details we need.

Everyone stay tuned.  We will start updating the site on a more regular schedule now that things are happening and later this week we will share our pictures and thoughts on the start of the Southeast ski season!

Drop me an email at [email protected] to let me know what you think or with suggestions on what we could be doing better.

Previous Post
The 2013/14 Southeast Ski Season is Just About Upon us!
Next Post
Sugar Mountain Starts the 2013-2014 Ski and Snowboarding Season for the Southeast and Mid Atlantic