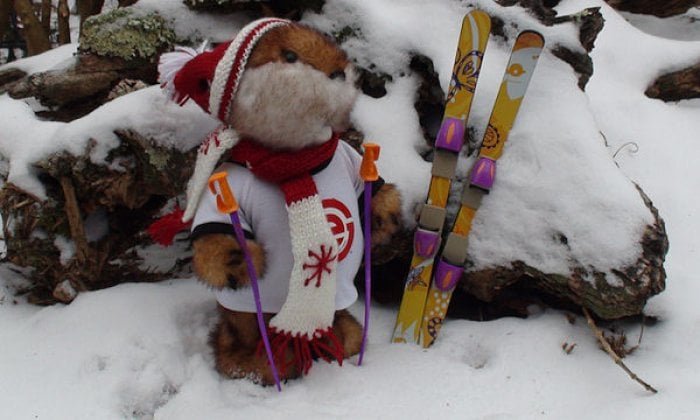 "SOUTHEAST SI" IS MAKING A DEBUT…

Check out the video at: https://www.skisoutheast.com/videos.php and do us a favor ans share it with your friends! 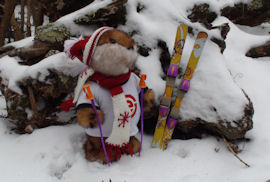 I'm not sure if this will be an annual thing, but we had a funny idea late on Friday. We thought, "Why the heck should we care what some furry varmint from Pennsylvania is going to say about the rest of winter?" We figured why not take things into our own hands. So I and my trusty dog Dakota set out to hunt down one of the local groundhogs. Our escapade reminded me of the characters on Duck Dynasty who seem bent on shooting anything that moves in a forest. However, we wanted this varmint alive!

My dog is a mix of Sheppard and Husky but looks very "wolf-like" and he quickly scouted the woods around my home and rounded up a groundhog in no time. My youngest daughter Madison came up with the name "Southeast Si" which was presumably inspired by the almost groundhog lookalike Uncle Si on the aforementioned television show.

So we coerced "Si" into becoming our prognosticator of prognosticators. It wasn't all that hard after we showed him how things would go if he didn't cooperate!

So my daughter tortured him (I mean dressed him up) outfitting him with skis, poles and a SkiSoutheast.com shirt and we released him this morning from our own little den of sorts after asking him just what the rest of winter has in store for us.

Evidently groundhog news travels fast because somehow this critter had already heard Punxatawney Phil's forecast for an early Spring. Upon asking "Si" his take on things he quickly shared that he DID NOT SEE his shadow and that we'd INDEED see an early Spring! So we tried him again…and then a THIRD TIME before he FINALLY got the message that he was going to need to see his shadow or this ordeal was not going to end well for him.

Well the third time was a charm and he started doing a little Caddyshack Jig to Kenny Loggins. That's when he shared this forecast:

On February 2nd in Sleepy Hollow did Southeast Si come out,
To share his forecast for the rest of winter, with more than a little shout.

While these snow-loving peeps held me hostage to say that the rest of winter would be COLD;

I can only share what I know to be true, so here's my forecast so BOLD.

While February will be seasonably cold to be sure, with lots of snows for the slopes;

March will arrive bringing with it Spring temps so get over it you snow loving dopes!

Okay Si is a BRAVE little fellow but it is what it is as they say and we can hope that he, PUNX PHIL and the weather gurus have it all wrong and that we'll see lots of cold and snow. For at least now ALL of February looks cold. Do us a favor and SHARE this video with your friends via Facebook and Twitter. The slopes will be in GREAT shape for the next several weeks so get out to YOUR favorite ski hill and enjoy the super conditions right now!