Some Snowmaking And A Few Flurries This Morning 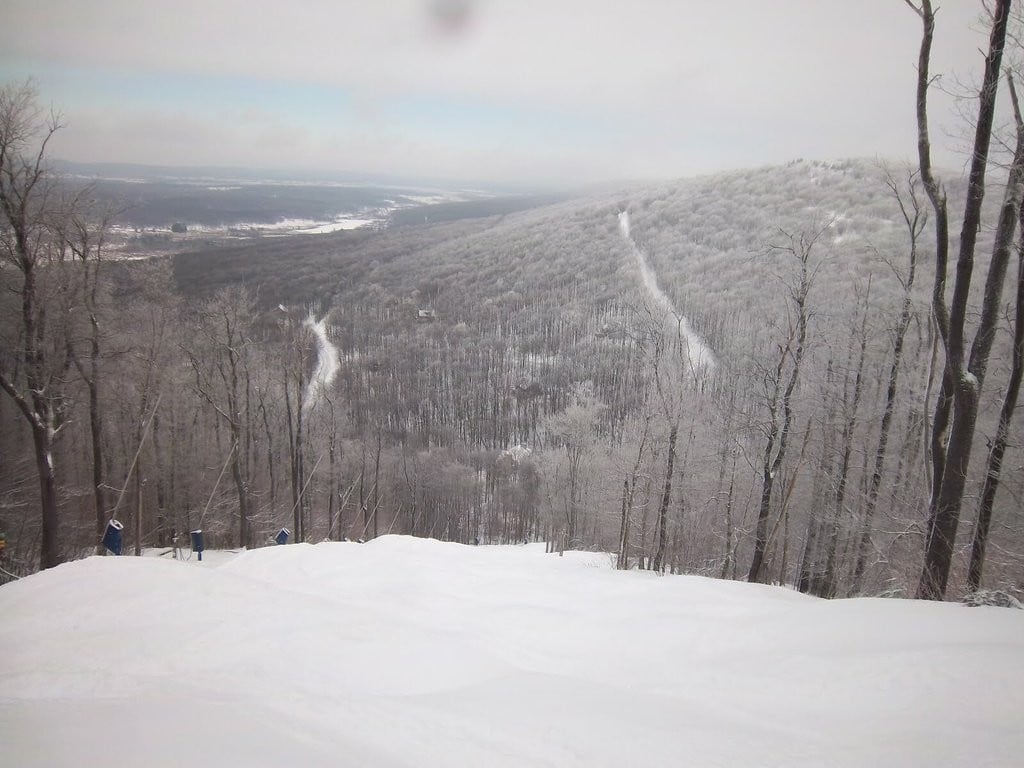 Alright, alright.  Thursday is here and we’re trucking along through the week.  The weekend will be here soon enough which means most of you will be able to go skiing and snowboarding again.

We’ve got a tale of two different types of weather this morning.  About half of the ski resorts are seeing sunny conditions.  The other half are still seeing a lot of clouds and grey skies.  There’s even a rogue snow shower or two up in West Virginia and Virginia.  I just looked at the Bryce Resort webcam and a bunch of fat flakes were falling from the sky.

Head south to Beech Mountain in North Carolina and it’s bluebird with some pristine looking corduroy. 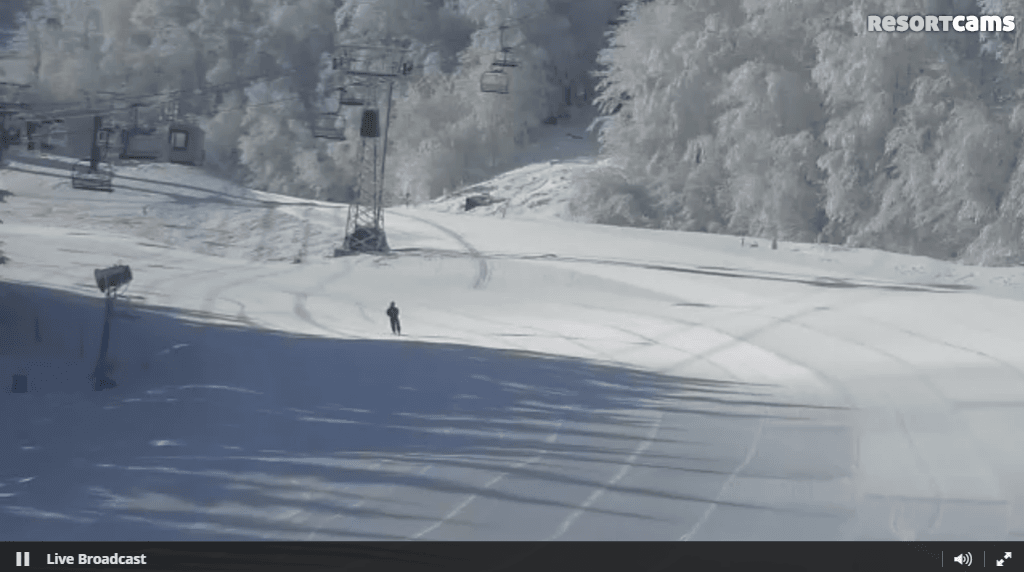 Those rogue snow showers should move out shortly and everyone should see a break in the clouds today.

Temperatures are again below freezing at every resort this morning.  Yesterday saw the same thing, and only Snowshoe had made snow overnight.  Today, 7 of the resorts made snow overnight so that is a nice jump to see.  The webcams came in handy for me this morning as several of those 7 resorts didn’t have snowmaking noted on their snow report, but I saw the guns going on the corresponding webcam.

I talked yesterday about how I wondered if some resorts would call it quits on snowmaking for the year.  I was probably a little paranoid seeing as only one ski area had made snow even though everyone could have.  We’ll see how many fire up the guns tonight as most everyone will have temperatures dip into the 20’s once again.  Hopefully that 7 number will increase.

I always like to show some photos and videos from social media, and seeing as it’s kind of a slow morning I’ll do the same today.

It may be snowing at Bryce Resort this morning, but yesterday looked to feature bluebird skies with some nice looking corduroy.

Appalachian Ski Mountain was reporting 2″ of snow yesterday morning and once the clouds moved out it looked like an awfully good day on the mountain. 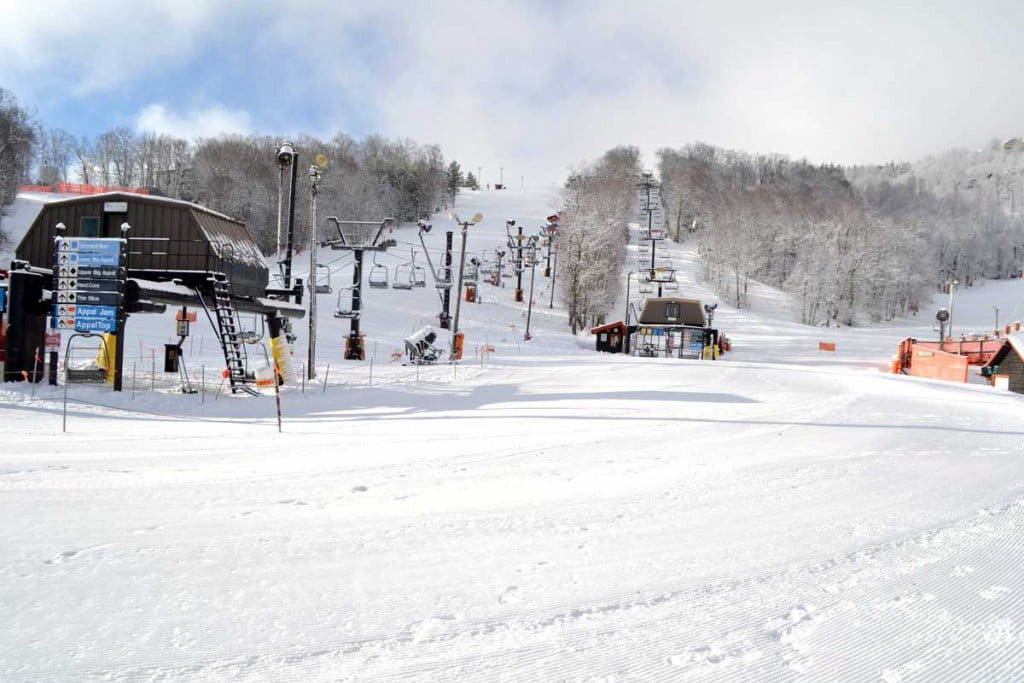 Timberlne was reporting a few inches as well yesterday morning.  If moguls are your thing then you’ll love this picture.  I’m a snowboarder, so just looking at it hurts my knees.

Finally, Cataloochee was one of the resorts to make snow overnight and the sunshine mixed with the early morning snowmaking made for a cool site.  Should be a great day out there!

I’ll go ahead and let you know that you’ll probably see Mike and I mention the 2016 Ski Southeast Summit at Snowshoe Mountain just about everyday for the next 2 weeks.  So be prepared.  It’s actually only 2 weeks from tomorrow!  So pumped.

As a reminder, you get 20% off lodging, a free Sunday lift ticket, and First Tracks on Sunday before anybody else is allowed on the slopes.  We already have a good amount of people signed up after only one day, so let’s keep it going!

Just so you know, Snowshoe is currently reporting 56 trails open, which is almost the whole mountain.  That isn’t going to change much in the next two weeks, so there should be plenty of available terrain to ski and snowboard for the event.

As a refresher, here’s a gallery I posted from the event last year.  Let’s hope there’s that much snow again this year!

Also, don’t forget that if you sign up for and attend the event we’ll enter you into a drawing for two vacation giveaways to Wisp Resort and for lift tickets to Winterplace, Wintergreen, or Beech Mountain Resort.  Lots of benefits to be had with this event folks!  So make sure to join us!

Check back tomorrow as I’ll wrap up the week with a weekend preview (spoiler, it looks milder) and take a look at some events and what not that are going on.  Until then, enjoy your Thursday!

Previous Post
On Your Mark, Get Set—Tele!
Next Post
Celebrate Sepp Kober at The Homestead This Weekend