Some More Snow to Talk About This Morning…And Summit Info! 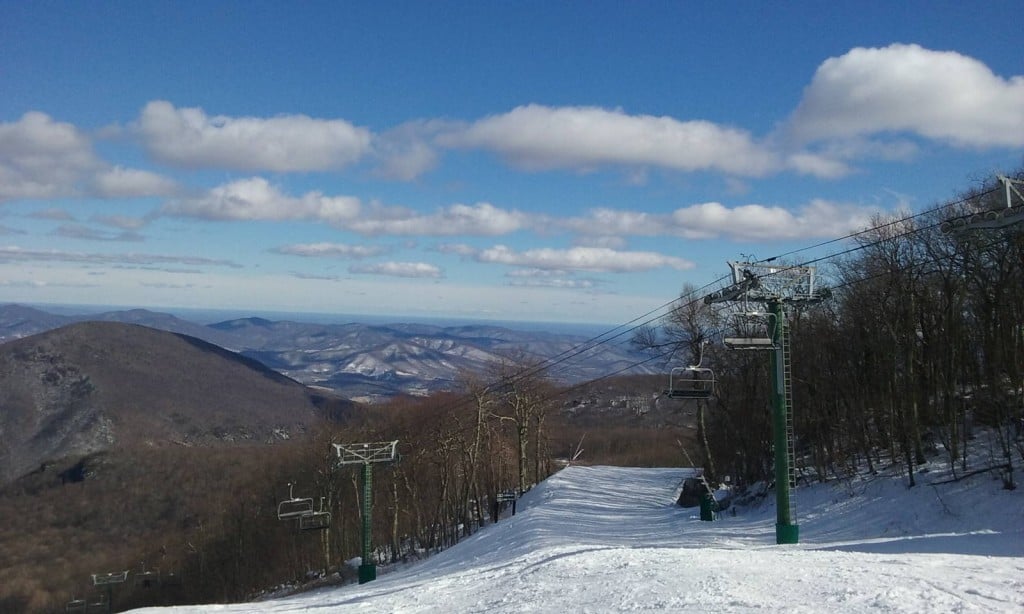 Alright, there is a lot of stuff to talk about this morning.  We had some more snow in the past 24 hours, we have a weather update from Brad Panovich, and I can finally talk about the announcement of the 2016 Summit at Snowshoe!  Let’s get to it!

Let’s start with the snow that has fallen at the ski areas.  It was mainly confined to the North Carolina resorts and it started yesterday during the late afternoon hours.  It’s been a weird 48-72 hours for the NC mountains.  The weather has gone from snow to sleet to freezing rain to rain and then back to snow now.  Such is winter here in the Southeast.

Here are the snow totals for the past 24 hours.

So it wasn’t a lot of snow that fell, but it was nice to see it return after the rain and freezing rain that fell on Monday.  A layer of snow on the slopes will hopefully help cover up some of the ice patches.  It also just looks so much nicer with a layer of white, as evident by the base cam at Wolf Ridge this morning. 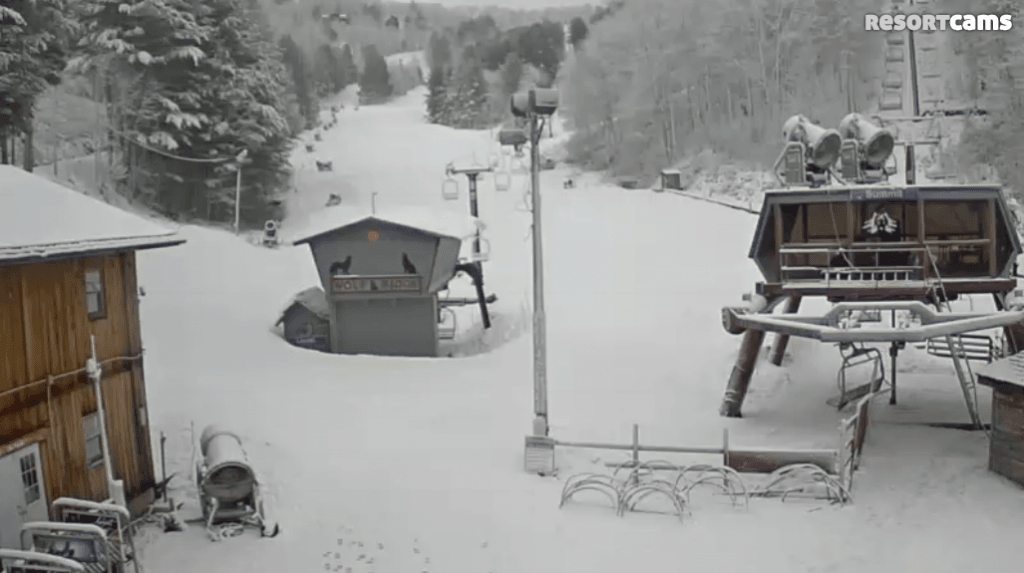 People on social media are all saying it’s a nice fluffy snow too, so it should be fun to spray while making turns.  The CoCoRaHS station on Beech is showing 3″ of snow with a liquid equivalent of 0.31″.  That’s approximately a 10 to 1 snow ratio.  Not bad!

Temperatures this morning are at or below freezing at every ski resort, but interestingly enough, nobody made snow overnight with the exception of Snowshoe Mountain.  Kudos to them.  I am somewhat surprised at this but then again we are past President’s Day now and that is the last big weekend of the season.  In the last few years there have been a few ski resorts that have stopped making snow at this point in the season and relied on the bases they had built up.  That said, we still have 6 weeks in the season left so hopefully this trend doesn’t continue!

Or maybe the ski areas are looking at the weather forecast for the weekend and into next week and decided to take it easy for the time being.  The overall trend is that of a gradual warming into the weekend.  Some of the ski areas will be in the mid 50’s this weekend.  What a weird week of weather.  For a better look, check out Brad Panovich’s latest video forecast below.

As Brad mentioned, winter is far from over and frigid temps look to return next week after a spring taste this weekend.  It’s been a pretty cold couple of weeks, so I guess a few days with a break from it isn’t awful.  I won’t lie, it was nice to do my 5 mile run outside yesterday.  It’s been way too cold the last few weeks to do that.

It’s that time of the year.  Time to announce the annual Ski Southeast Summit at Snowshoe Mountain.  This year it will be taking place on March 4th-6th.  Woohoo!  We’re actually pretty late announcing it.  Woops!  Let us make it up to you by offering 20% off lodging, free Sunday lift tickets, and the opportunity to take part in First Tracks on Sunday, where we get to ski and ride for 30-45 minutes before the official rope drop.

For those that don’t know what our Summit is, click on that link above and you can read all about it.  Basically, it’s a bunch of people from the messageboard and readers of the site and we all get together and ski and ride and have a good time.  There is some alcohol involved occasionally.  Haha.  It is always a fun weekend and usually the highlight of my winter in the Southeast.  I remember the first one I ever went to was back in 2008 and each one I’ve been to since I’ve enjoyed it more and more.

To take advantage of the discounts and what not, go to the announcement page I linked above and fill out the sign-up form on there.  We’ll then email you with a confirmation code that you can use when making your reservation.  The only stipulation is that you must make your reservation OVER THE PHONE by calling Snowshoe at (877) 441-4386.  The confirmation code will NOT work if you book online.  You must book your accommodations over the phone to get the discounts and free lifties.

As some incentive to join us, Mike and I decided to give away some stuff for people who sign up.  We have a couple of weekend vacations to Wisp Resort to give away that includes lodging at the Wisp Resort Hotel (http://www.wispresort.com/wisp-resort-hotel.php).  We also have some lift tickets to Wintergreen, Winterplace, and Beech Mountain to give away.  When signing up select which option you’d like to be entered into and we’ll do a random drawing in the next week or two.

Make sure you join us!  It is going to be an awesome weekend.  I’m already pumped about it.  Heck, it’s only 16 days away so sign up now! 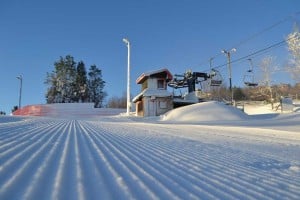 I’ve only got a couple of tidbits to mention today.  First off, Appalachian Ski Mountain is currently selling season passes for next season.  If you go ahead and buy it now, you’ll get to ride the rest of this season for free!  App isn’t planning on closing until April 2nd (April!), so that is 7 weeks of skiing or snowboarding for free.  Not bad at all.  Click on the link below for more information.

And finally, David McCue stopped by Wintergreen yesterday on his way home from Timberline.  He sent us in some pictures so why not post em!  Here’s what he said…

Hey guys.. Kenny I was a little bummed about how this storm chasing weekend went.. but as you alluded, I guess I’ve gotten spoiled.  and I’m reminded again it’s a crap shoot.  Man plans, God laughs; as the saying goes.. I’m going to write an article about that I think,  No bad skiing, only bad skiers with imperfect expectations… or something like that.  But I had so much fun on my way home tonight at Wintergreen.  I wanted to send you this while the pictures are timely in case you want to use it.

On my way  from WV to home in Central NC I stopped about halfway and bought a four hour ticket at Wintergreen VA.  And it was so much fun, great conditions and wide open.  This is where I skied a lot when my son’s were learning and it’s been too long since I returned there. 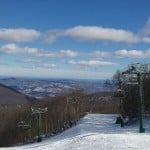 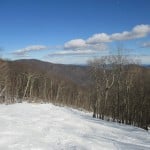 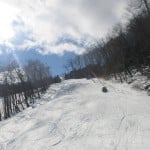 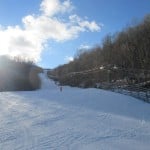 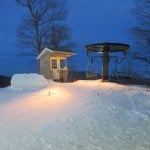 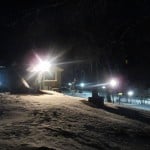 I’m looking forward to see his next article!