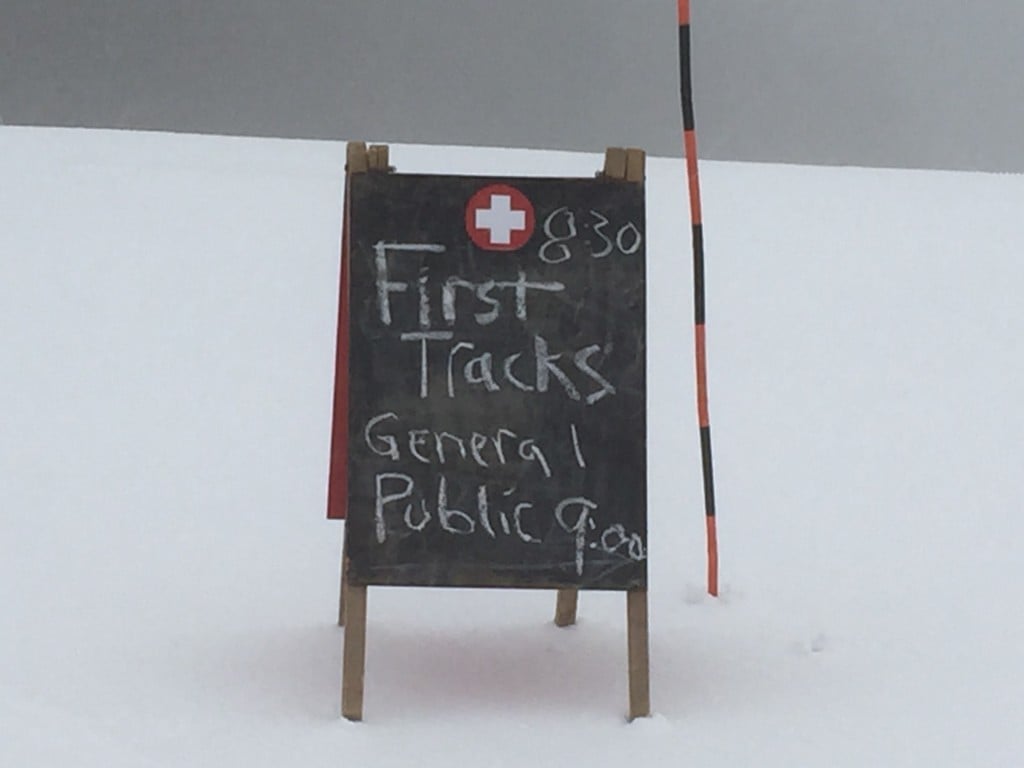 This past weekend’s weather was nearly “perfectly timed” for everything that we could have asked for in terms of traveling with a group of skiers and snowboarders – and getting the most enjoyment out of a weekend.

It was snowing on the way to Snowshoe Mountain on Friday – after 36″ had fallen during the previous week. Deep snow was in evidence all the way to Snowshoe and of course there were mountains of snow everywhere alongside of Snowshoe Drive as you made the turn from Silver Creek up to the Village and Top of the World areas.

Kenny Griffin said, “That’s the most snow that I’ve ever seen in one place…”

I can honestly say that I HAVE seen deeper snow but it was associated with the famous “Blizzard of 1993″ which dumped 44-48” of snow within a three day span. I have some old photos up at Beech a full WEEK later where there was a wall of snow all the way up Beech Mountain Parkway that was more than ten feet tall.

Outside of THAT, I can say that the mountains of snow at Snowshoe was indeed one of my top fives in terms of the amount of snow that was everywhere.

I already commented on the bluebird day that we all experienced on Saturday. The sun and temps were “chamber-of-commerce” like and the snow was incredible.

I had some great conversations with Snowshoe’s peeps and I had planned on flying the drone camera on Sunday morning for First Tracks…but Mother Nature had a lot to say about those plans. Winds were pretty brisk and the cloud-ceiling was so low that any video work would have been a waste of time. As it turned out it was ALSO SNOWING PRETTY HARD from about 8am until 10:30am or so when it began transitioning over to “under-developed” snow (rain and freezing rain). That moderate snowfall made First Tracks that much more cool.

I want to thank Preston Cline and Ed Galford who came out Sunday morning and made the First Tracks possible for us. With all the snow falling there was a crowd of General Public waiting patiently at the top as we skied around and under the ropes time and again making those first runs down the mountain.

I personally was able to stop and do some film 2-3 times and STILL I got in seven trips up and down in that first 30 minutes. I also got in my “top speed” according to the Trace Snow App as I reached 55.4 mph on Camp 99 on one run. I am POSITIVE that I had topped that on my first run down the mountain but I had forgotten to turn on Trace Snow recording. Oh Well. Maybe next time!

Thanks again to all who attended. According to everyone that I spoke with – a ton of people took advantage of the SkiSoutheast discount through Snowshoe reservations…but as has happened in the past – only the corp SkiNC / SkiSoutheast-ers took the opportunity to hang with old friends. That was still awesome but we’ll have to figure a way next year to get more people involved in the activities and meet ups.

Thanks also to David Dekema, Frank BeBerry, Erin Stolle, Ed Galford, Preston Cline and the REST of Snowshoe’s incredible team for showing us a great time. As usual – you guys and gals ROCK!

Previous Post
SkiSoutheast Summit First Tracks at Snowshoe was Snowy and Awesome!
Next Post
It’s Been a While Since Conditions Were This Good In March