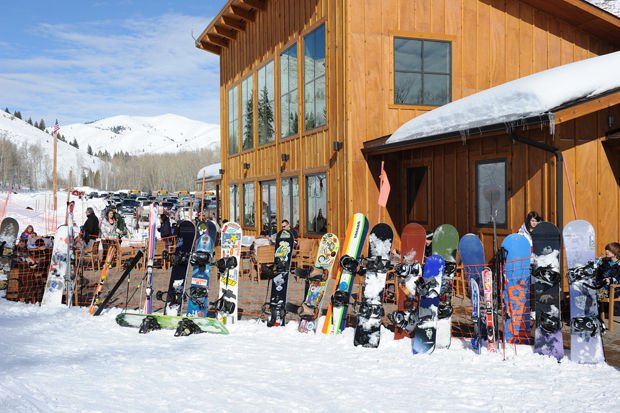 I don’t normally write about non-Southeast or mid-Atlantic ski areas, but this story just jumped out at me. So many of our regular, snow-loving readers would DREAM of a deal like this one…and it JUST HAPPENED!

More than 2,000 applicants vied for ownership of ski area

Bend, Oregon residents Matt and Diane McFerran purchased the resort for $149,000 on Nov. 4 after being chosen from more than 2,000 candidates who applied in a special auction, according to the organization’s Facebook page.

In 2012, the resort was donated by then-owner actor Bruce Willis to a local nonprofit community organization that had owned and managed it since.

Last month, after years of struggling with poor snow, the owners of Soldier Mountain, ID, put the resort on the market for $149,000.

“The price is real,” they said on Soldier Mountain’s Facebook page. “This is all we owe to our bank for the last 3 years of improvements and operations. As a nonprofit we only sell for the debt owed against the business.”

Over 2100 people contacted them requesting info-packets of some sort and the previous owners indicated that the ski area had previously been under contract for sale to Magic Mountain, a small ski area east of Twin Falls, with a closing date at the end of August, but the sale did not go through.

Over the last few days the previous owners thanked all of the resort ownership applicants and expressed gratitude to all of the potential buyers who traveled many miles to get a glimpse at the mountain and facilities.

They also posted, “We are thrilled to announce our chosen buyers of the ski operation. They are Matt and Diane McFerran of Bend, Oregon,” Soldier Mountain President Jim Johnston wrote on the organization’s Facebook page. “We look forward to them joining the community and to a smooth transition and many years of skiing, boarding, and biking at Soldier!”

According to Boise State Public Radio, Matt has worked in the ski industry for years and called the chance to own his own resort a dream come true. The couple lives in Bend, OR, but plans to move to Idaho soon. He said his first priority is to get snowmaking in place to open the mountain this year.

The McFerrans now own the area’s three lifts and 36 ski runs, as well as the lodge and all the equipment, but they don’t own the actual land the resort sits on. Soldier Mountain operates on a special use permit from the U.S. Forest Service.

Could you imagine buying in to a ski resort with 36 ski runs…for less than $150K? Too cool.

Previous Post
Staying Sane When There is No Snow
Next Post
An “Up-Lift-ing” Message for November 11th, 2015