How SNOWY Will This Winter Be? 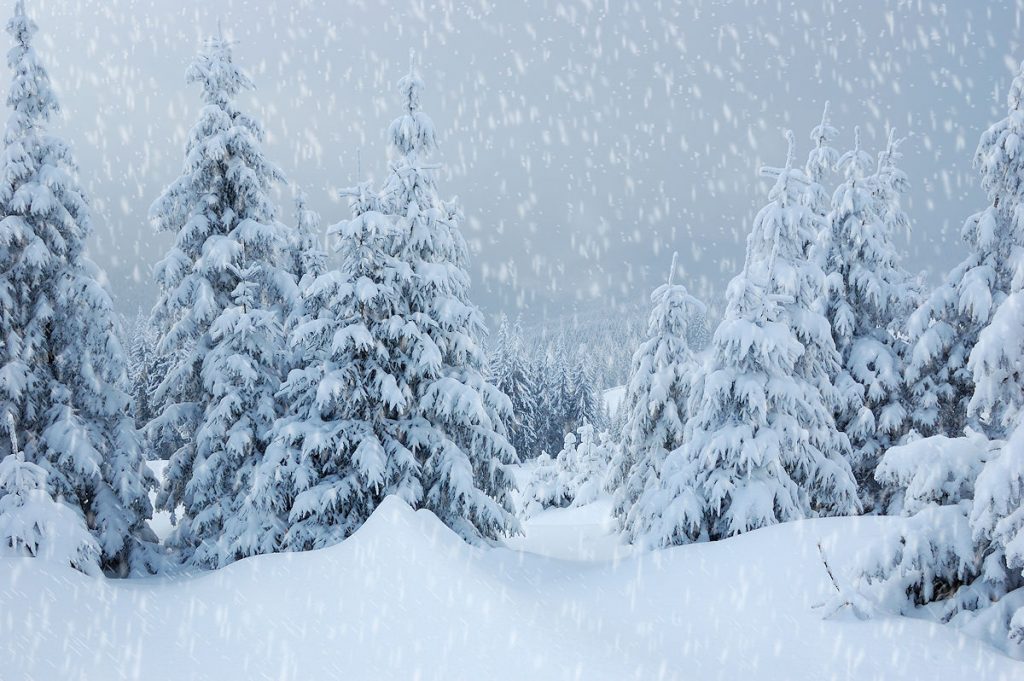 According to several top weather gurus – this winter looks to be one that will provide frequent snow to the Northeast and their long term forecasts for that snowy influence covers portions of the Southeast and mid-Atlantic ski resorts. Their snowy prediction is especially favorable to all five of the ski areas in the Wild and Wonderful state of West Virginia, Wisp Resort in Maryland and even portions of Virginia.

While their winter forecast mapping seems somewhat less favorable for the mountains of Tennessee and North Carolina – bear in mind that the upper elevations of those areas offer plenty of dammed up cold air to wrench out plenty of snow. Whatever cold and snow hits West Virginia usually contributes to snowy weather in the North Carolina mountains. However, it should be mentioned that the NC mountains receive about 45% as much snow as the mountains of WV receive (180″ at Snowshoe, Canaan Valley and Timberline – while Winterplace (also in WV)) and the mountain communities of Beech and Sugar Mountains (in NC) receive from 80-100″ of snow annually.

Those who live in the mountain communities of the Southeast and mid-Atlantic would seem to agree on the news coming from folks like AccuWeather.com – that we may be headed for a MILD START to this winter. This past Summer really didn’t get going until June and then summer-like temps lasted well into late September. Autumn is – well – still going. Typically every fall in the mountains brings sharp temperature drops that promote the brilliant fall colors for the leaf-gawkers that head to the mountains. Most locals will tell you that the brilliant reds usually come from the maples after cold temps hit during overnight hours in September. That didn’t happen this year. Most of the fall colors across much of the area – were muted, rusty oranges, yellows and light browns. It was still gorgeous but peak colors didn’t hit a lot of the mountain elevations until about a WEEK AGO. Fall usually lasts about two weeks at high elevations and then the leaves are gone. This season we began to see good color around October 5th, more color around October 12th, but peak colors didn’t hit until around October 24th or so and that was a good two-to-three weeks past normal. Autumn leaf season is still pretty much going on and thus has lasted a good five weeks and counting.

We started getting some overnight temps in the 30s about ten days ago and they only lasted a night or two and those temps seemed to trigger the maples to turn and “reds” began to pop up everywhere. So it has really been an extended Autumn for much of the Virginia and North Carolina mountains. (We’re still seeing very pretty color right now in many locations – while the highest elevations are all brown for the most part now.)

So Summer and Fall were about two-to-three weeks behind – and there’s no reason to think that Winter won’t follow suit. I guess we will see what that means for the snowmaking crews at the ski resorts in the region. Snowmaking at Winterplace Resort in WV. Click photo to ENLARGE!

During a typical late-Autumn, early-Winter we will see temps take a nose-dive in late October that has allowed ski resorts to make snow and open as early as Halloween on a few occasions over the last few years. Then after a week or two of skiing – we’d see that mild stretch that forces ski areas to close until more consistent cold weather hits in mid-to-late December. We’ve seen so many seasons where the Christmas-to-New Year’s week was in some jeopardy due to a lack of snow. More often than not, we seem to always get enough cold and snow to see a winter wonderland for the ski areas during that all-important period. Then things seem to really get started around the second week of January weather-wise and the rest of winter stays pretty consistent with enough cold and snow to keep the slopes covered for skiers and snowboarders.

Winter usually lasts into late March and early April at the higher elevations.

According to AccuWeather, “Frequent storms across the northeastern U.S. this winter may lead to an above-normal season for snowfall.

“I think the Northeast is going to see more than just a few, maybe several, systems in the course of the season,” AccuWeather Long-Range Forecaster Paul Pastelok said.

Unlike last season, in which most of winter’s snowfall came from a few heavy-hitting storms, this winter will last into the early or middle part of spring and will feature frequent snow events.

Overall, it’s predicted that the region will total a below-normal number of subzero days, though the temperature will average 3-5 degrees Fahrenheit lower than last year.”

One peak at the front page on www.FarmersAlmanac.com shows that they are forecasting a return for Old Man Winter. According to them, the Northeast will be “ice cold & snow filled”; and the home to all of the Southeast and mid-Atlantic ski areas will be “Numbing Cold & Snowy – to – Penetrating Cold & Very Wet”!

They write, “…exceptionally cold, if not downright frigid weather will predominate over parts of the …Ohio Valley, the Middle Atlantic, Northeast, and New England this winter.” They are forecasting that the eastern two-thirds of the United States will be cold and they expect that southern New England and the Appalachians to be snowy and often “blanketed in white”.

We ALWAYS purchase the Old Farmer’s Almanac and their forecast for the region that includes our ski areas to be slightly ABOVE average temps but SNOWY than normal! They summarize that:

We took a closer look to see if there is anything to our “delayed season” ideas…and UNFORTUNATELY the people at Old Farmer’s Almanac might be agreeing with us. They are forecasting:

November to be 4° below average – good so far and that corresponds nicely with our idea that we could see some decent conditions to play on in early December.

However, they are forecasting that December will be 6° above normal and January 3° above normal. Most important to us is that period of mid-December to New Years and they posted:

So there is HOPE that the Christmas-to-New Years period will provide ENOUGH cold and snow for the snowmaking crews to do their thing and blanket the slopes with enough snow to ward off a repeat of last Christmas.

January, February and March look to be colder and snowier than normal.

The consensus from what we’re seeing is that this winter may be about average in terms of temperatures to even slightly milder than normal – but snowier than normal over the course of the entire Winter. It is also apparent that we could see a sluggish start to winter – but the TIMING of the cold bursts in November and early-mid-to-late December will be something to really keep our eyes on.

Stay tuned to HighCountryWeather.com, SkiSoutheast.com and ResortCams.com for all of the weather information and trends that may affect our season all Winter long.

Previous Post
Some Season Pass Math for 2016-2017; Hint One Equals Eight
Next Post
Our Blue Ridge and Smoky Mountains are Pretty Smoky!