Snowshoe Stands Alone for Now, But A Promising Week Lies Ahead 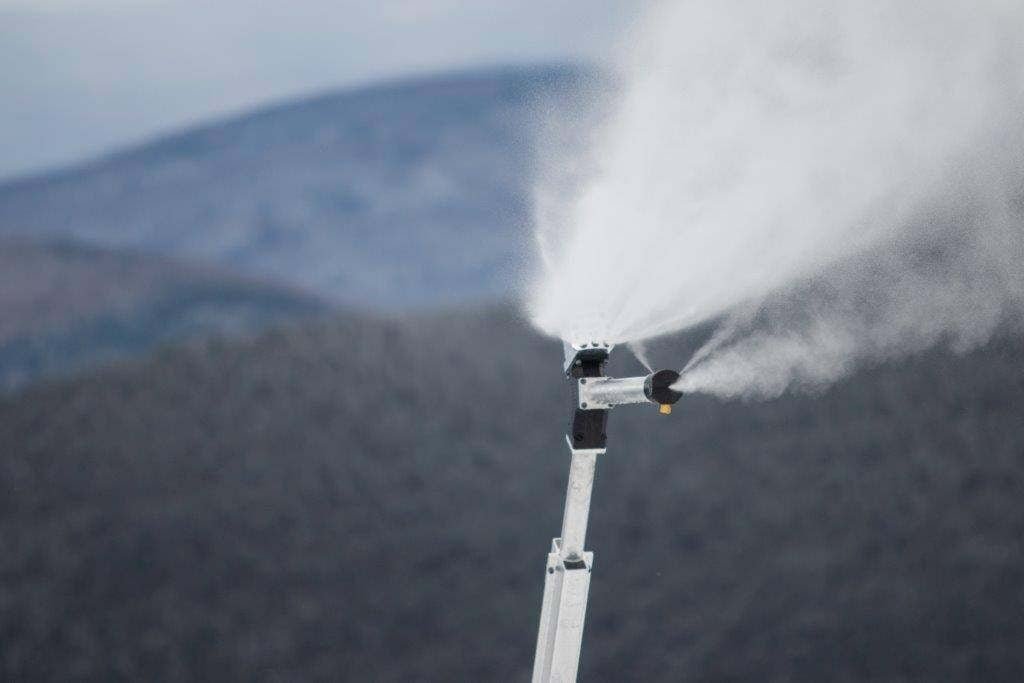 Continued mild weather over the weekend has caused the temporary closing of another ski area in the region.  Fear not though, winter is coming and this early season slump will be a distant memory a week from now.  The ski and snowboard season is about to kick into gear.

As the title of this post alludes to, Snowshoe Mountain is the only open ski resort in the region today.  On Friday, I mentioned the fact that I thought we’d see more closures in the coming days and sure enough that happened.  Beech announced later in the day on Friday that they would be temporarily ceasing operations.  Cataloochee was able to make it through the weekend before having to shut things down for the time being.

Looking at the weather, which we’ll get to in a minute, it looks like Snowshoe will remain the only open resort for a few more days.  They continue to be open on 9 trails with 3 lifts spinning.  I saw a couple videos and photos from there this weekend and it looked like a lot of fun.  It’s rather impressive to see how much snow they still have and how good the terrain park looked.

Big changes to the weather pattern are only 24-36 hours away now.  I’ve been talking about this for literally a week now.  Last week when I started to mention it I was still a little nervous that it wouldn’t actually happen.  I always hate to show my friends and colleagues weather model maps that far out as what you see doesn’t usually occur.  This time though, the prolonged cold blast that we were seeing on them is going to pan out and in a big way.

A cold front is going to move through late tomorrow and we’ll see snowmaking temps move in…for a good while.  EVERYONE in the region will see snowmaking temps by Wednesday night.  That includes the Virginia resorts who have only seen a couple instances so far this season where the mercury dipped below 32.  Many resorts in North Carolina, West Virginia, and Maryland are looking at around the clock snowmaking for the ENTIRE SECOND HALF OF THE WEEK.  Yup, you read that right.

Even some of the Virginia ski areas will be able to keep the guns on all day and night by the weekend.  Wintergreen’s forecasted high temp for Friday, Saturday, and Sunday doesn’t make it into the 30’s according to the National Weather Service.  Did that happen at all last season?

There is also some snow in the forecast for the weekend.  Right now, it looks like both Saturday and Sunday mornings could see some natural snow for some of the ski areas in the region.  It’s definitely looking like a minor snow event, but it is exciting to see nonetheless.

Regardless of snow, I think everyone is going to be satisfied with the upcoming cold snap.  Not only will it be really cold, but below average temps are going to stick around for 10+ days at least.  Below is the GFS Ensemble model showing 500mb height anomalies.  All you need to know is that blue and purple are good.

Notice how the eastern part of the country is in the blue and purple areas all the way through December 18th and 19th.  That is awesome!  We are looking at the potential for our best snowmaking window in a couple of years.  While we definitely had some frigid conditions at times last season, I’m not sure we had a window that was this big.  It is going to be amazing to see all the manmade snow that the ski areas are going to be able to put down in the next couple of weeks.  Not only is it great timing for many ski areas who open in the middle of December, but it will allow for a plethora of terrain to open up for the oh so important Christmas holiday.

It is going to be an exciting week.  Look for more openings and re-openings as we get closer to the weekend.  Of course we’ll keep you updated on those and all of the weather happenings.  I’m already looking forward to snowboarding somewhere this weekend and you should too!  Is it Friday yet?