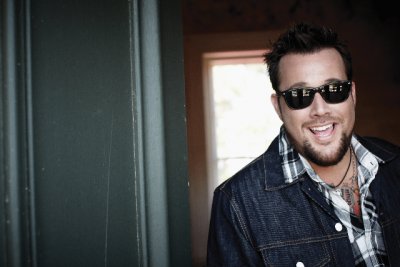 SNOWSHOE, West Virginia – (JANUARY 23, 2013) – Snowshoe Mountain Resort (www.snowshoemtn.com), the #1 ski area in the Mid-Atlantic, today announced that double-platinum country artist, Uncle Kracker, will headline its first-ever Armed Forces Winter Salute weekend with a live outdoor concert in the Snowshoe Village on Saturday, March 2nd. Uncle Kracker’s brand new album Midnight Special has been hailed as one of the best country albums of 2012. Proceeds from the weekend event will benefit veterans-related organizations including The Wounded Warrior Project and Wounded Wear.

Snowshoe’s Armed Forces Military Salute Weekend will be held March 1-3, 2013, and is open to everyone. In addition to great live music, the weekend celebration will include branch versus branch competitions, ski races, family-friendly games, comedy shows, evening parties, and the Warfighters Sports Camp, which invites wounded Iraq and Afghanistan war veterans to enjoy a weekend of skiing and riding on the slopes. Several military veteran VIPs will be on-hand to speak to fellow soldiers and share insights, including Navy SEAL LT Jason “Jay” Redman, shot seven times by enemy machine gun fire during an operation in Iraq.

With 38 military installations within a six hour drive of Snowshoe, the resort has created this weekend event to show appreciation for the longstanding ties to the West Virginia mountains by the large populations of active duty military, retired veterans and their families in the Mid-Atlantic region of the United States.

“Snowshoe prides itself on offering easy getaways for military and their families shouldering the sacrifices that come with the job,” explains David Dekema, marketing director, Snowshoe Mountain Resort. “But more than that, this weekend is a great opportunity to come together, in the mountains, as a community, and say thank you for the freedoms you safeguard for us.”

Snowshoe Mountain offers everyday discounts on lift tickets, lodging and season passes to military, veterans and their families. Snowshoe also recently kicked off a partnership with TroopSwap.com, a website founded by veterans dedicated to delivering special savings opportunities to all members of the military community.

Weekend VIP packages start at $194 per person, including 2 nights lodging, 2-day lift tickets; and tickets to all concerts, comedy performances and events. Tickets to the Uncle Kracker concert are priced separately at $25, and may be purchased at a discount with lift tickets at www.snowshoemtn.com, in advance via phone at 877-441-4386, or day-of at the Snowshoe Mountain ticket office.

For more details about the Military Weekend, visit www.snowshoemtn.com or call 877-441-4386.

Snowshoe Mountain is the perfect year round destination for adventure filled vacations in West Virginia. Snowshoe covers a total area of 11,000 acres in the Appalachian Mountain Range, and includes the second highest point in the state at 4,848’ elevation. Snowshoe was named #1 Overall Ski Resort and #1 for Nightlife in the Southeast by OnTheSnow.com in 2012. In addition to terrific outdoor winter recreation, Snowshoe offers extensive lodging options, fully developed mountain biking trails, a popular golf course designed by Gary Player, wedding and convention areas, and a wide variety of summer outdoor activities. Snowshoe Mountain Resort is part of the family of Intrawest Resorts.

Previous Post
A LITTLE SKI RESORT HUMOR!
Next Post
Continued Cold and Even Some Snow is in the Forecast