Snowmaking Continues while some locations see 5″ of Natural Snow 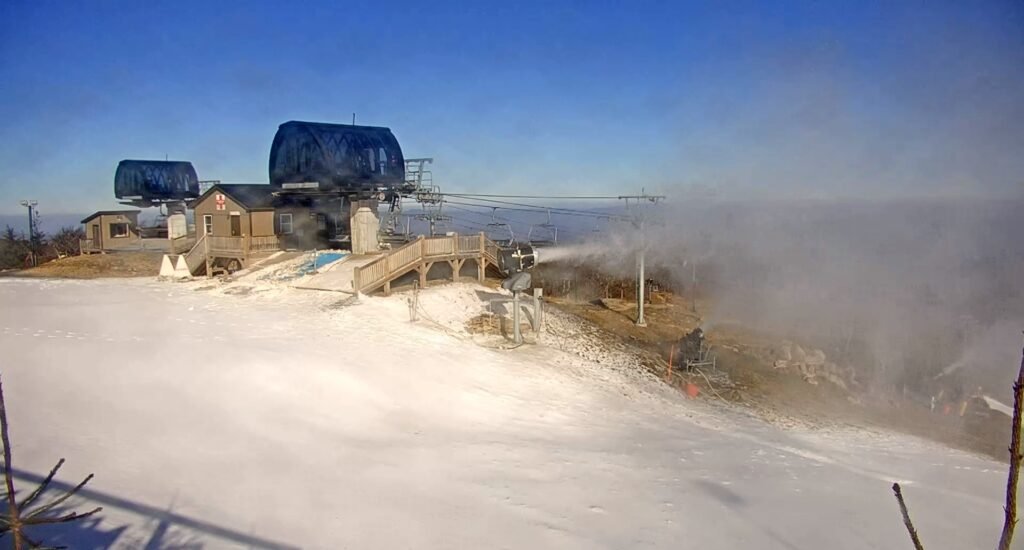 The mountains are alive with a roar this morning, and some locations picked up a nice snow to highlight this cold snap.

Several resorts saw snowmaking operations hit full strength in the past 24 hours, but the bigger story of the day is the natural snow that fell across West Virginia.

Canaan Valley and Timberline were the big winners as over five inches of natural snow fell in the Davis, WV area, while Snowshoe added three inches yesterday. It was a nice surprise to see the totals overperform.

Any time that snow is falling, the excitement level jumps up, and yesterday was no exception as we heard from a lot of excited people ready to get the season on the way.

As mentioned, several resorts saw snowmaking operations go on throughout the night.

Beech Mountain, Cataloochee, Snowshoe, and Sugar Mountain continued running their snowmaking operations at full blast. We also saw Canaan Valley and Ski Sapphire Valley fire up their equipment for a little while.

It also looks like Ober Gatlinburg had their snowmaking equipment on, but I am unable to tell if it was just focused on the tubing hill.

Speaking of Ober’s Tubing Hill, the Ober Gatlinburg Freestyle Terrain crew is setting up the tubing hill for the annual Black in Blue Rail Jam. This Friday’s event kicks off Ober’s winter season and is the earliest on-snow freestyle evening in the Southeast.

As far as opening dates, Tuesday did bring news of App Ski Mountain and Snowshoe delaying their opening days.

App Ski Mountain was slated to open on Friday, but they have announced they will not be skiing and snowboarding then. They did not set a specific date for opening but will post updates as soon as they are available.

App Ski Mountain (who launched a new website and it looks fantastic) does plan to open the Appalachian Ice Area the day before Thanksgiving for three sessions daily.

Snowshoe also announced that next week’s opening date has been pushed to Friday, Dec. 4 due to the unseasonably warm and overall lack of snowmaking opportunities that they have had so far.

The weather is supposed to warm up by the weekend, but we are looking at more snowmaking towards the end of the month.

We are still waiting on opening day announcements from Cataloochee and Sugar but will pass those on as soon as we get them.

That does it for today, but until next time, #ThinkSnow and #ThinkCold!