Snowmaking and Light Snow on Tap 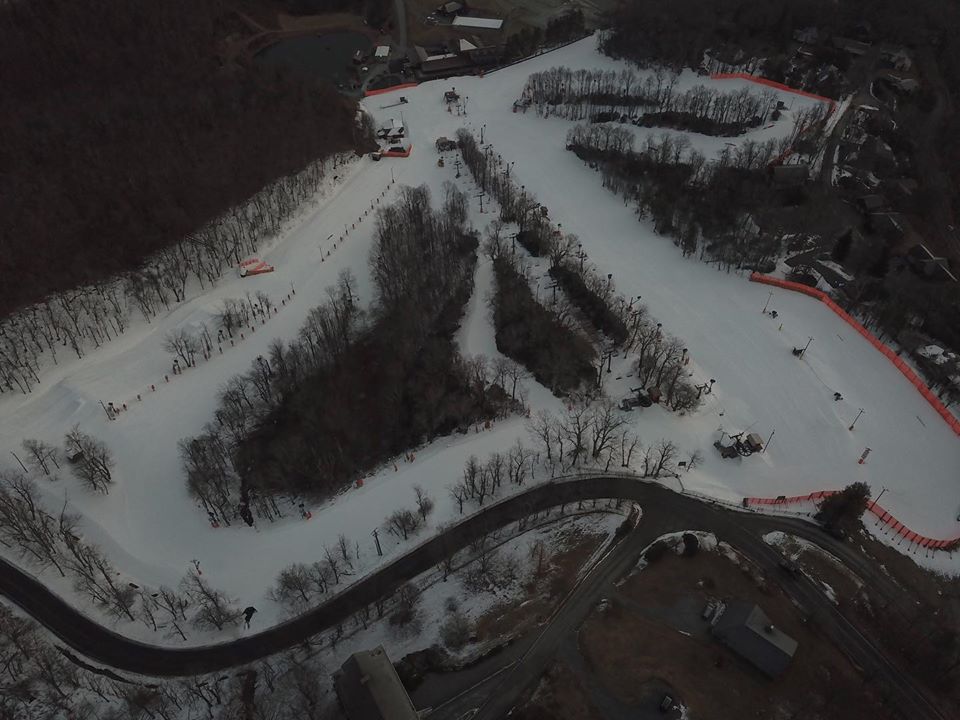 It has been a great week on the slopes and that continues today.

Conditions are looking fantastic this morning across the region, and conditions could be even sweeter tomorrow.

Canaan Valley saw a little bit of snow overnight, and it looks like some flakes are still flying this morning around the northern resorts.

There is a potential for some more light snow across the region tonight into tomorrow, and then all eyes are looking at the weekend.

The keyword for tonight is light.

Several resorts were able to make snow overnight and into the morning, and it looks like others will be able to join the fray tonight. All the cold, light snow and snowmaking have combined for stellar conditions.

For the full deets on the latest, be sure to hop over to the Snow Reports page.

Here is a quick snapshot of where we stand on this Wednesday morning.

North Carolina
App Ski Mountain – They are remaining at 100% open as they are playing on 12 trails. They have a 42-60” base with a groomed surface.

Beech Mountain – A night of snowmaking has refreshed the slopes as they were able to add two inches to their base raising it to 44-80”. They are reporting a packed powder surface with 10 slopes and seven lifts in operation.

The news of the morning is that White Lightning and Southern Star will open on Friday.

Cataloochee – Also at 100% open, and they were able to make snow. They are playing on 18 trails that are serviced by five lifts. They have a 50-78” base with a groomed surface.

Sugar Mountain – Added Oma’s Meadow to the mix raising their open count to 13 trails and five lifts. They are reporting a natural and manmade powder surface with a 46-87” base.

Wolf Ridge – The Wolf is playing on seven slopes with two lifts. They have a granular surface with a 16-36” base.

West Virginia
Canaan Valley – They are playing on a frozen granular surface with a 15-30” base, and are offering 18 open trails today. Around an inch of snow fell in Davis overnight.

Snowshoe – The message on Snowshoe’s snow report this morning is a mood brightener (It’s a chilly Wednesday and snow is in the forecast!). They are offering 48 slopes with 12 lifts in operation. Playing on a 45” base with a groomed surface.

Snowshoe is also teasing that they may be able to open more terrain by the weekend so stay tuned.

Winterplace – Winterplace is offering 22 slopes with six lifts in operation. They have a 28-44” base with frozen granular and groomed surface.

Virginia
Bryce – Offering 100% open terrain as they are playing with all eight slopes open. They have a 48” base with a frozen granular and groomed surface.

Massanutten – Playing on nine slopes with a 34” base. They have a groomed surface and hope to restart snowmaking later this evening.

Wintergreen – They are offering 14 trails with four lifts in operation. Wintergreen is looking really nice as they have a 30” base with a groomed surface.

Tennessee
Ober – When the rope drops at 12, Ober will offer six slopes with two lifts in operation. They have a 25-45” base with a groomed surface. It is great skiing right now in the Smokies.

Maryland
Wisp – The strong season continues at Wisp as they are currently playing on 22 slopes with eight lifts in operation. They have a 27” base with a groomed and frozen granular surface and were making snow this morning.

That will be it for today but until next time #ThinkSnow!

Previous Post
A Wintergreen Welcome
Next Post
Today we catch up with Steve Drumheller, General Manager of Canaan Valley Resort.