THE SNOWIES by Joe Stevens 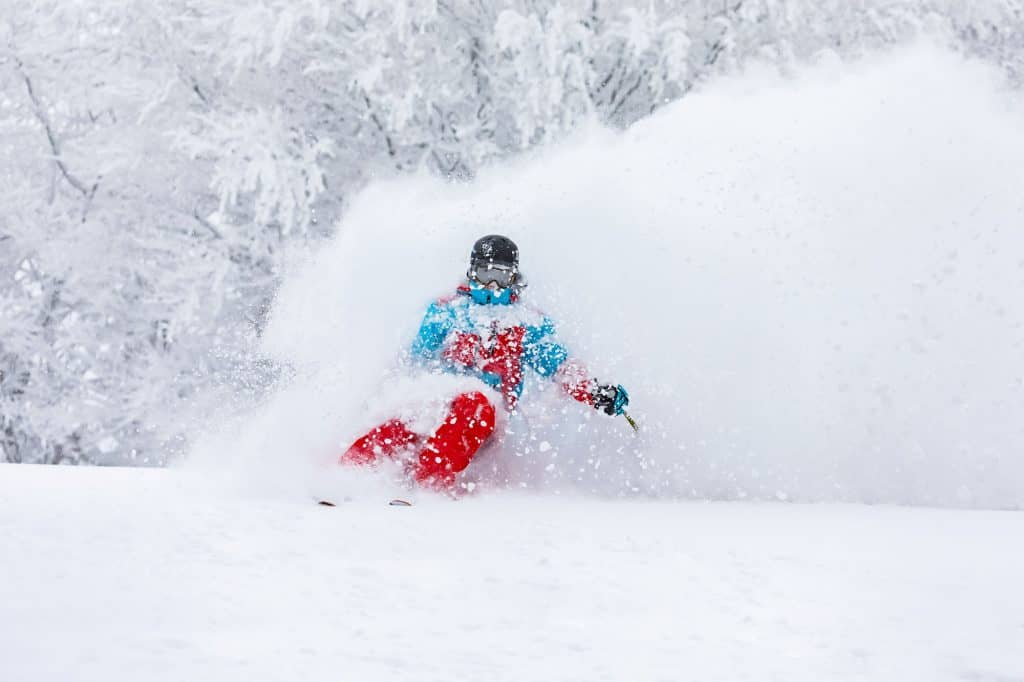 This is my last Snow News Is Good News column of the year and I’m putting a period on a season that saw every Mountain Operations Director challenged to maintain coverage and again coming through for skiers and snowboarders in the region. By all reports, this wasn’t a busting the budget kind of year, but through excellent planning, a good season none-the-less.

With that said, I have once again, come up with Joe’s fourteenth annual “SNOWY” awards or “SNOWIES” whichever one you like the best. Once again, the same three-person committee from seasons past (me, myself and I) picked out ten categories and spent way too much time tabulating the results. So, drum-roll please, here are the 2018/2019 season “SNOWIES”.

1. Most Indecisive – Flat-landers – just because flowers may be blooming or short-sleeve shirts were the dress of the day, I still don’t think enough folks in metro areas use the resort’s webcams to see that there is snow in the southeast mountains.

2. Most Valuable – This goes to the hard-working groomers out there, that in the dark of the night, make sure the slopes are ready to go when skiers and snowboarders hit the slopes first thing in the morning.

3. Unsung Hero – Guest/Information Desk folks, as they are the ones who hear the stories that no one else would ever believe. Like “Can I get a refund for my lift ticket, because I didn’t come to have it snow on me.” True story.

4. Most Overrated – Extended Forecasts based on historical data. How in the heck can someone know “for sure” two weeks out what the weather is going to be for everyone? Not going to happen. Point, Set, Match!

5. Go For It – The skiers and the snowboarders in the region that realize that it might be mild or warm in their city, but there is snow on the slopes at their favorite ski resorts.

6. Fighting To The Bitter End – For the second year in a row, the resorts that have tons upon tons of snow at the end of the season and have to call it quits, because the grass needs cutting in the flat lands.

7. Most Patience – The resort folks that check in those groups and who deal with a lot of eager young folks ready to hit the slopes and only hear one out of every five words from the resort folks trying to help them have a good experience at the resort.

8. Going The Extra Mile – To the courtesy patrol folks at every resort that stop and help skiers and snowboarders (on and off the slopes).

10. Stepping Up To The Plate and Hitting It Out Of The Park – For the third straight year, the folks with the Learn to Ski and Snowboard month promotion. This sport will always need new, young participants and the promotion does an excellent job in creating a scenery for that growth.

That’s it for the 2018/2019 season – it’s been fun riding (even though I went on the DL early in January) with you again this year and watching my son and his friends learning to have even more fun with the sport. Just remember to always be patient as whether it be cold or whether it be hot, we’ll weather the weather, whatever the weather will be. Think about it! Time to get everything tuned up for the 2019/2020 season, my 35th in the industry. Check the calendar, we are only eight months away from making snow. I can’t wait.

Previous Post
A Glorious Day to Ride for another Day, Two or Week More!
Next Post
Another Beautiful Sunday for Playing on the Snow