Snow Trumps Everything! Beautiful, Epic Snowfall has Hit the Mountains! 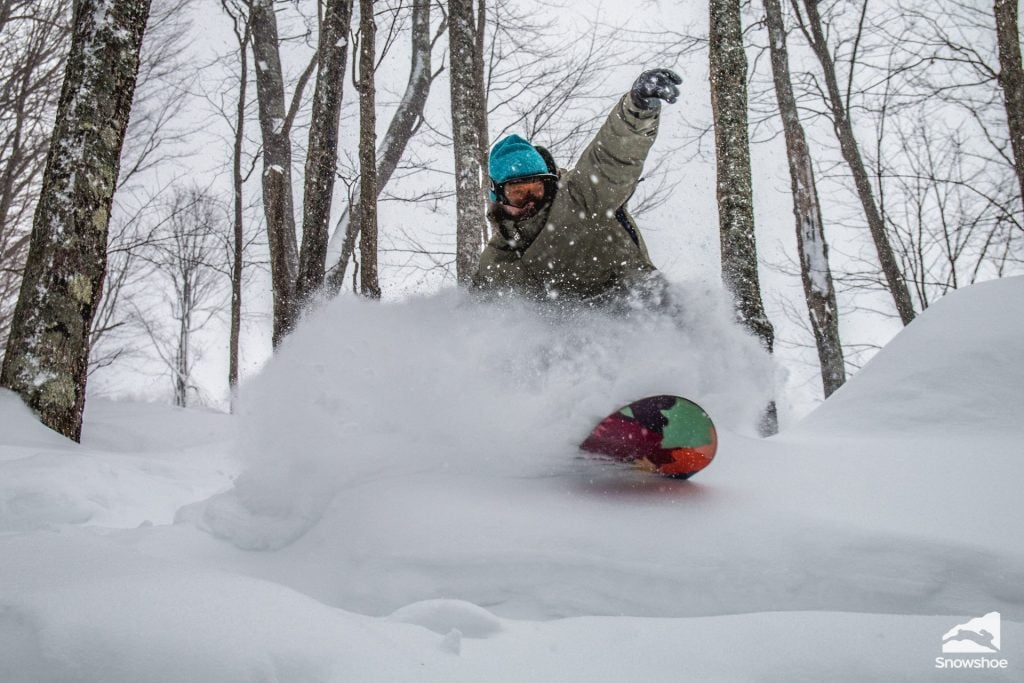 The reoccurring theme in my posts lately have been “timing”. Timing is everything – even on a ski trip. …and sometimes timing is pure luck. In my case “timing” has been both awesome and “meh”. Sometime around mid-day on Tuesday I started feeling the effects of a good-old-fashioned head cold. Man, it jumped all over me and most of Tuesday through Thursday I spent hitting the slopes early and often AND THEN crashing in the bed to recharge my batteries. I have to say that Wednesday’s runs were really awesome as we skied with no lift lines and awesome conditions from 9am until around 11am until the mass of humanity hit the slopes.

Cupp Run was pretty sweet except for a couple of icy spots. Thursday’s runs were surprisingly good – the best being over at Camp 99 as there were no lift lines and really, really good conditions. I was able to make six runs down the mountain in an hour and a half.

Then the “head cold from hell” hit me hard (bad timing, right) and I crashed hard at about the same time that the snow storm hit. It was really snowing hard as I turned in for the night and awoke to hear that Snowshoe had only seen 3″ of accumulated snowfall. Man was it snowing hard. The winds were howling and my head felt like the bottom of a bird cage. I passed on doing the LIVE report with Kenny and I was seriously thinking about staying in this morning as several in our crew were preparing to hit the slopes. The “snow was calling me” so I slowly got myself going, geared up and hit the slopes at 9am.

From the moment we started down, my body responded and the entire two-hour experience was the best snow that I have had the pleasure to ski in the last three years or so – outside of Vail two seasons ago. Today’s conditions were right in my “sweet spot”. The snow was falling pretty hard and there was a good four inches of powder on top of the groomed trails from last night. There was top-to-bottom runs of un-tracked snow to play in and it was near-EPIC. The slopes are always uncrowded for those first couple of runs when you get out early. We did seven runs down and headed over to Camp 99 and the Soaring Eagle side of the mountain. I was expecting some EPIC conditions over there and they probably will be again tomorrow but they had the snow guns blanketing that trail and you could not see five feet in front of you. The slope was covered in pretty deep powder but the heavy traffic on it by then – combined with the snow guns blasting – made it a bit tough to say that I “enjoyed it”.

The mass of humanity hit again around 11:30am and we decided to head in for some pizzas and brews. As I sit here typing up this update at noon…the temperature is 15° and it is still snowing pretty hard. The official forecasts are only calling for another couple of inches to fall today – although I overheard two lift operators talking about up to a foot of additional snow is in the forecast.

All I can say is that this is some well-timed, beautiful, awesome snowfall. Everyone on the lifts are excited and today, tonight and Saturday should be nothing short of EPIC. For all of you who emailed me for a recommendation to keep or cancel those reservations – I HOPE you kept them!

Evidently a great, big, ole snowfall is not only good for the soul, but good for a head cold as I’m already feeling about 98% back to normal. As I always say, “Snow trumps everything.”

If everything works out – Kenny and I will do the LIVE BROADCAST Saturday morning. “Stay tuned”.

In closing – man it is so awesome to look around at all the LIVE CAMS and see snow falling at most all of he ski resorts as of noon today. Perfect timing. Thank you God!

Previous Post
Winter Has Returned as 2-5″ of Snow Has Fallen In Portions of the Region
Next Post
First Trax Live From Snowshoe!