Snow Totals are Trending Upwards for the Next 36 hours! 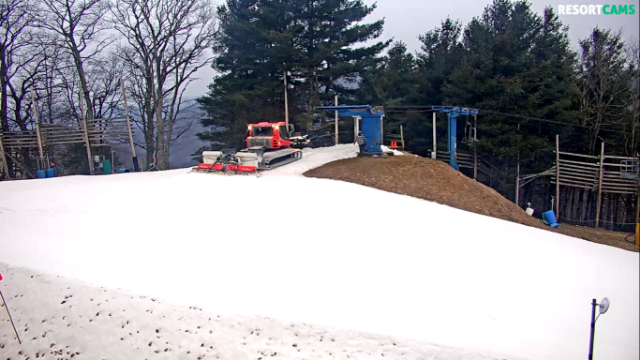 Here is the latest special weather statement released by the NWS (which applies to Beech, Cataloochee, and App):

…accumulating northwest flow snowfall possible across higher elevations late this afternoon through tonight…
A compact but cold upper level low and associated cold front will support snow showers initially limited to elevations above 5000 feet this afternoon before colder air behind the front lowers snow levels to between 3000 to 4000 feet later this evening and possibly to the valley floor tonight. Snowfall amounts of 1-2 inches are possible mainly above 5000 feet, except as low as 4000 feet for upslope areas near the tennessee border.

You could see that “initially” snow was limited to above 5000 feet, but now snow will occur at 3000 to 4000 feet due to a strengthening cold front.

While there is not a special weather statement for the other resorts, many of them (Snowshoe, Wisp, and Winterplace) are seeing upward trends in their snow totals.

I can’t wait for a little late-March Pow tomorrow!

Snowshoe may see 3-5″ between now and Friday evening, AND flurries on Saturday morning.

Winterplace will have a lite winter refresh tomorrow

BEECH could see 2-4″ by Friday, others will see an inch or two. 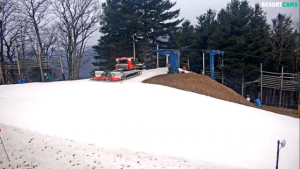 The groomers were out this morning at Cat 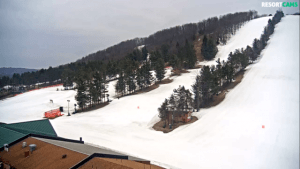 VA doesn’t see any upcoming snowfall, but if you can’t get fresh snow, a spring forecast (for the weekend) is just as good. 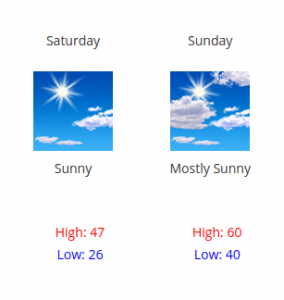 Will be nice at Bryce after a little gloom tomorrow

Wintergreen: “All three sides of the mountain will have trails open. Plus winter hasn’t left – Friday night’s low will be in the mid-20’s setting up the snow for a perfect Saturday and Sunday. Look for bluebird skies, temps in the mid-40’s and smiles on all our faces.”

End of Season Hours of Operation:

Massanutten: Will offer the only night skiing in Virginia Friday and Saturday night