Snow Today for some, Sunshine for others 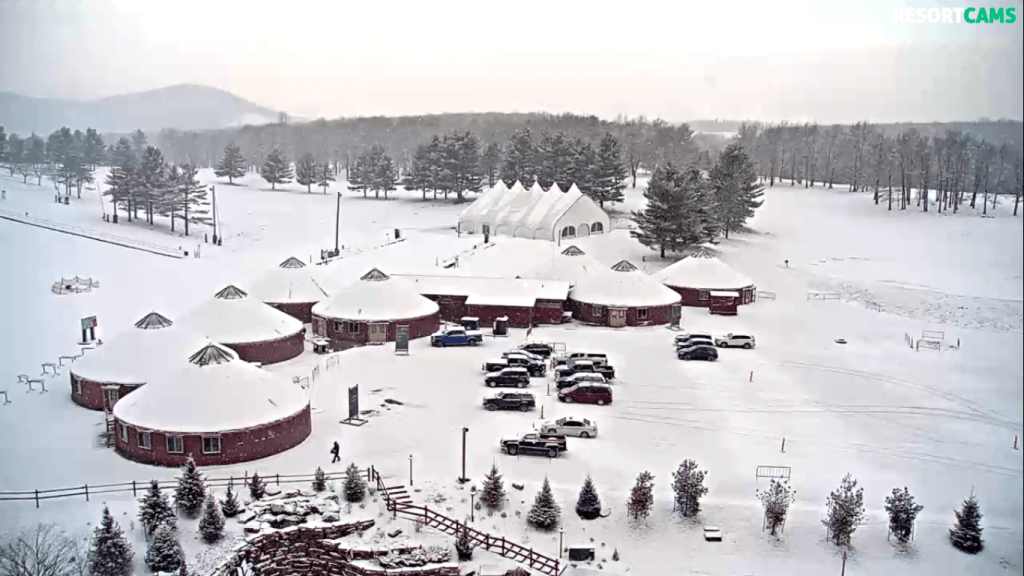 Hard to believe that the Vernal Equinox is just 2 days away, and with it, the start of spring. It has been snowing this morning at Wisp (above photo), where it looks like they will see ‘light snow’ throughout the day. Snowshoe may see some flurries as well, they have a chance of snow until 2pm.

Over night, all the open resorts saw the mercury dip below freezing. This really helps retain the snow depths’ AND groomers have a much easier time grooming on firm snow. Imagine a zamboni over ice, vs. a bulldozer ‘sinking’ and pushing around a mashed surface.

I got to Cataloochee yesterday and had a grand ‘ole time. Chatted with a Patroller Lee where the conversation was more about the upcoming kayaking season (than skiing), but it was good to catch up on our winter ‘tales and exploits’.

Tonight we will actually see temps get even colder with one resort to make snow. I got an email from Richard Crisler on Friday who leads the App Cup Race Series. He mentioned, “Do not be suprised to see App turn on the guns. I have seen them make snow the last day!!!”

A special shout-out to one resort that has been making snow AND is going to make snow tonight!

Over 90% of the runs are still open in VA. (Wintergreen returns to the action this weekend)

NC has a TON of snow to push around if needed. Grooming is superb with cold overnight temps.