Snow! Glorious Snow! See How Much Fell and Where! 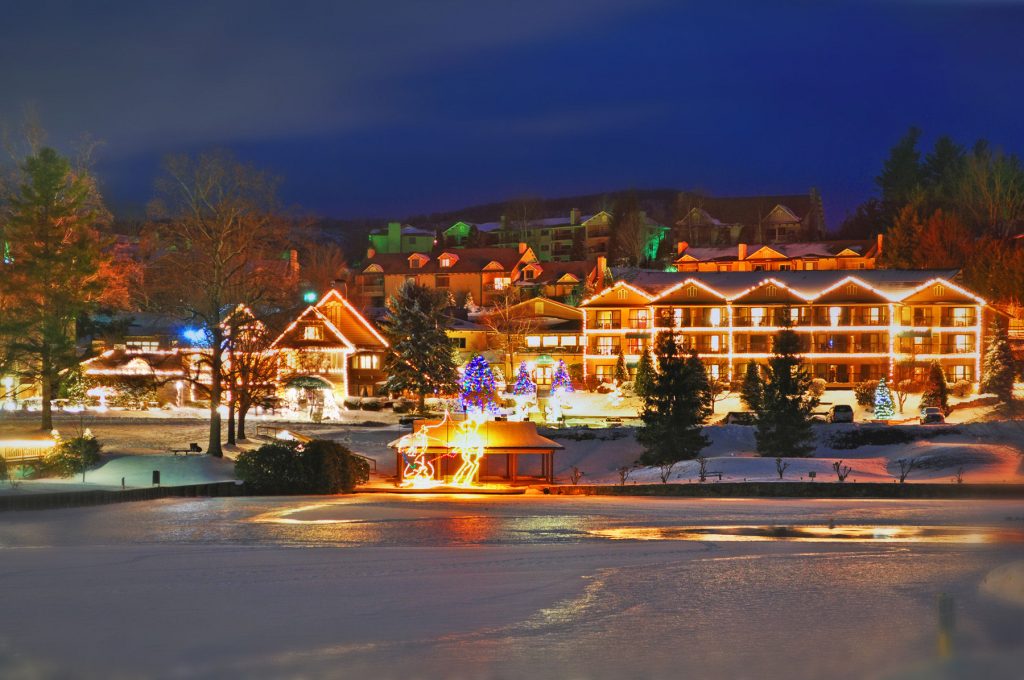 I am always saying the “SNOW” trumps everything and that is because it is true. We can do any and every kind of promotional content that we want from giving away vacations to lift passes to sending out tens of thousands of emails via our SkiMail mailing list and NOTHING generates the kind of traffic that a few inches of snow brings.

Our own Meteorologist Brad Panovich was on the air via his NBC 6 broadcast – bright and early this Saturday morning sharing the fact that it snowed here in the High Country of Western North Carolina. He was also sharing the fact that Blowing Rock is celebrating WINTERFEST which is ALWAYS a ton of fun with all sorts of fun happening up and down Main Street and the park. Chili cookoffs and the always popular, Polar Plunge into Chetola Lake. One of my good friends, Bill Caroselli should be taking the plunge right about now.

Here is a video from two seasons ago. Today’s plunge will be a cold one!

I was watching the LIVE CAMS a lot last night and every time that I looked the WV resorts were getting natural snowfall. It snowed here in the High Country on and off all day and night, but most of the area only saw a DUSTING of snow while Beech and Sugar reported 1″.

Snowshoe Mountain in Pocahontas, West Virginia picked up ANOTHER 5″ of new snow in the last 24 hours, 8″ in the last 48 hours and that will provide some CRAZY AWESOME conditions up there. Snowshoe leads the way with 55 trails open for today. 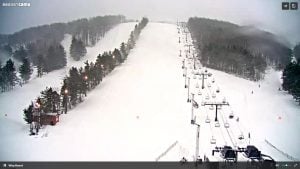 Wisp Resort is STILL getting snow this morning and reporting Powder & Windblown conditions. They are at 19 trails open today and looking awesome enough to have me planning on heading up there next weekend!

Several spots around the region picked up some natural snowfall and we’ve detailed where and how much below. The HUGE NEWS today is how much MANMADE SNOW was blasted onto the slopes of the Southeast and mid-Atlantic over the last 24 and 48 hours. Several ski areas added 8″ of manmade snow and that has reopened all of the ski areas that were forced to close this past week. The best conditions are still in West Virginia but now things are looking pretty sweet everywhere.

…and MORE NATURAL SNOW IS IN THE FORECAST

The forecasting of snow for the area has been ALL OVER THE PLACE over the last 24 hours. I heard that the High Country was meant to get 5-8″ of snow over the last 48 hours and we didn’t. Beech and Sugar lead the way for the North Carolina resorts at ONE INCH! 1″ of snow!

However, as I was watching WCNC news this morning, their on-air guys were showing that the NC Mountains should see two waves of snow – tonight and again on Sunday into Monday. That would be sweet. I know that our own Kenny Griffin plans to ride at Beech tomorrow and I’m strongly considering it. The forecast is for potentially 4-6-7″ of snow between now and Monday AM.

One news source posted, “a Manitoba Mauler (first cousin to an Alberta Clipper)will pass to the north Sunday evening bringing in more consistent snowfall late Sunday and into early Monday.”

Dr. Ray Russell also seems to agree as he posted, “Most of NW North Carolina will have 2″-4″ of snow by Monday morning, but western mountaintops will pick up 4″-6″ (with isolated higher totals).”

We’ll take what we can get, right?

Here are some random notables and then I’ve shared a table of the ski resort “rankings” ranked by season snowfall totals. With this last bit of snow, I have seen numerous emails asking how much snow has fallen to date.

Canaan Valley’s David Lesher is reporting another 2.3″ of snow in the last 24 hours and 4.6″ in the last 48 hours and that takes the Davis, West Virginia area to a region-leading 56.4″ of snow on the season.

Cataloochee Ski Area looks like they are back to mid-season form after 24+ hours of snowmaking. They can go from ZERO to SIXTY faster than any ski area in the region. How about from NOT OPEN to 7 slopes in 48 hours.

Massanutten Resort looks awesome this morning despite some self-reporting of bare spots. Their popular snow tubing hill looks great as well – but it is ALREADY SOLD OUT.

Ober doesn’t open until 11am today…but they ARE back open today with 3 slopes and snow tubing. Of course they also offer the Mountain Coaster and the biggest, best ice rink in the region.

You guys need to view Beech Mountain’s Timelapse. Click the cam link below and then the TIMELAPSE ICON at the top right of the screen.

http://www.resortcams.com/webcams/beech-base-cam/ do the timelapse. MAN!!!

Beech added 8″ to their base.

Beer & Cookies! A more perfect pairing simply does not exist! Beech Mountain Brewing Co. presents the 2nd annual beer and cookie tasting! Join us Friday, February 3rd from 6:30pm – 9:30pm in the Beech Tree Bar and Grille. Come enjoy a flight of 5 Beech Mountain Brewing Co. beers paired with classic favorites and equally delicious new flavors from everyone’s most loved cookie provider, The Girl Scouts of America! $10 per person for the pre-selected flight and cookie pairing.  Enjoy live Music from Fireside Collective while you sip & snack. Don’t miss out as this is definitely going to be an evening of sweet delights!

App reporting that they made 6″ of snow last night. Went from 12-30″ base to a reported 20-32″ base. They now have a column on the snow report that reports manmade snow and that is where we found the 6″ reported. However, they ALSO have a column for “NEW SNOW” and that also is reporting 6″ and unfortunately that’s a bit disingenuous as Blowing Rock is only reporting a TRACE of natural snow.

Winterplace Resort added 4″ to their base but only a TRACE of natural snow.

In one of the strangest things we’ve ever seen from any ski area Wolf Ridge has chosen to say that they are open for the last two days but they are not willing to share HOW MANY slopes are open. Okay? We THINK they have 8 slopes open if you want to read their map report.

Sugar made 8″ of new snow and they have 10 trails open with Tom Terrific and Gunther’s Way being among them.

Here are the season’s snowfall totals through ALMOST the half-way point in the season:

Previous Post
Ober Gatlinburg to Reopen Ski and Snowboard Slopes Saturday at 11am
Next Post
Lot’s of Natural Snow in the Forecast this Week. How much Snow has Fallen so Far? Read on.