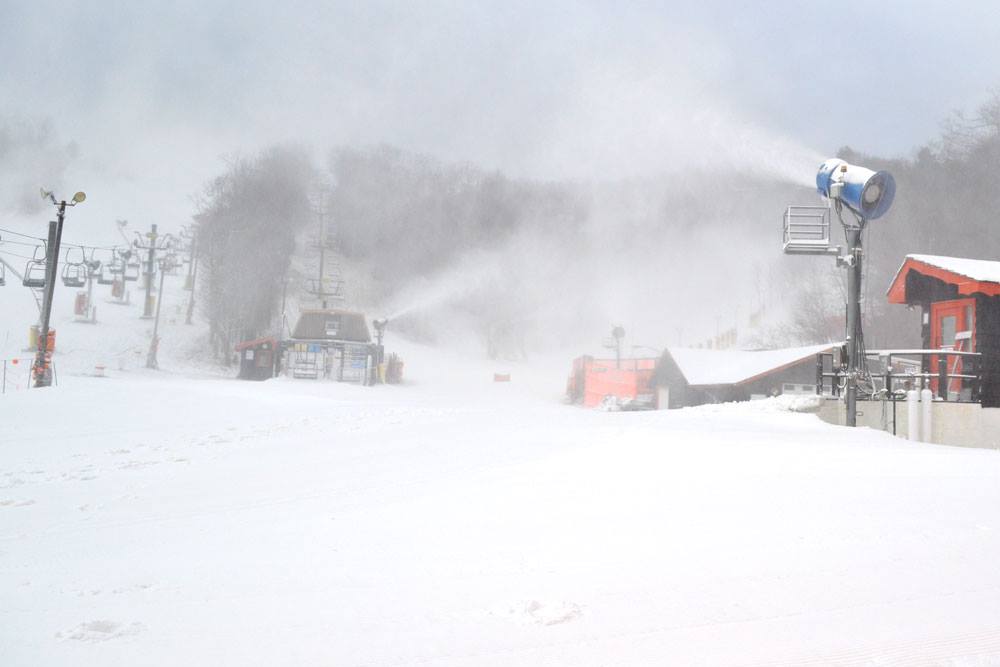 For the second day in a row we’re seeing a lot of snowmaking (the picture above was from App Ski Mtn yesterday) and colder temperatures across the region.  It’s a beautiful thing.  And it’s here to stay for the next few days as a mini northwest flow event will drop a little bit of snow for the North Carolina and West Virginia ski areas and for Wisp Resort up in Maryland.  Brad Panovich sent us his latest skier forecast.  Here it is..

To sum up, everyone will see snowmaking temperatures during the nighttime hours this week.  Some of the luckier ski areas might be able to go around the clock with snowmaking over the next several days as well.  The weekend simply looks fantastic with seasonable temps and blue skies.

As Brad mentioned, there’s also a bit of natural snow to talk about through Wednesday and Thursday as well.  Snowshoe, Canaan, and Timberline have all seen a couple inches in the last 24 hours already, and they’ll get the bulk of the snow over the next couple of days as well.  I say bulk of the snow but it’s only going to be in the 3-6″ range more than likely.  That said, the NWS forecast for Snowshoe is calling for 2-4 tonight and 1-2 tomorrow with more snow showers Wednesday night, so maybe it’ll over produce and end up being a little more up that way.  Thursday is looking like a primo day at the Shoe and the opening/re-opening days for Timberline and Canaan this weekend look to be fantastic.

The North Carolina resorts, Winterplace, and Wisp are looking at lesser amounts, but any natural snow is always welcome.  My buddies are headed to Beech tomorrow and I’m uber jealous.  Saturday can’t get here quick enough.  Watching the webcams over the next few days is going to be brutal.

It’s an exciting week.  It always is when there’s snow though.  You have to love the weeks where it snows and is cold all during the work week and then is sunny and nice on the weekend.  I feel like we don’t get that too often.  Take advantage of it when it happens.