SMILES AND THANK YOUS CAN GO A LONG WAY 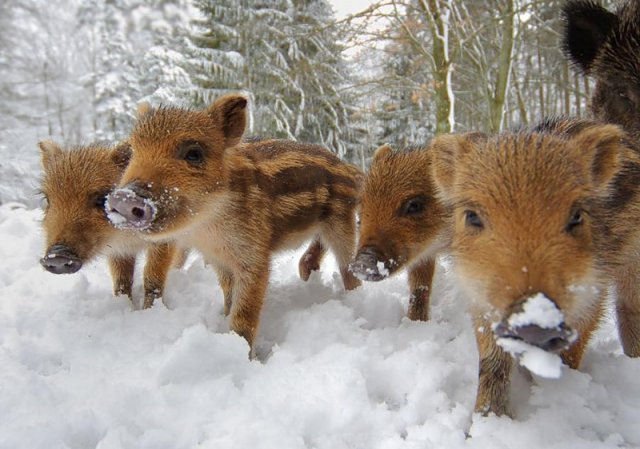 I have to be honest with everyone this week. Many times when I sit down to put my thoughts on the screen, I really don’t know what I am going to write about. Then I start striking the keys, add a little coffee and presto, out comes a column.  But this week, the situation is a bit different and it is all due to the experience I had this past Friday night at Winterplace Ski Resort, while chaperoning 88 Hurricane Middle School Ski Club kids.

I have used this phrase a few times before and I think it applies again for the situation currently facing southeast ski resorts – you would have had to be living under a rock to not know that the snow has been recycling back into the resort’s snowmaking ponds.  I got to Winterplace a few hours prior to the arrival of the ski club, to get in a few runs by myself.  As I clear my mind a lot of times by going for a run in the outdoors (I detest dreadmills), I also clear my mind by making some turns on the slopes, anywhere, anytime I get a chance. The conditions I found didn’t surprise me, in-fact, they were better than expected with the higher than normal temperatures the region has been experiencing the last couple of weeks.

I have a term for the type of snow on the trails throughout the region right now and that’s “Ego Snow.”  You see if you can’t turn in this snow, it’s time to turn right around and go get a lesson.  The snow is soft folks and that’s just the fact until the early part of February when normal winter temperatures return and snowmaking resumes.  By the way, I hate it for the fine folks at Cataloochee, as due to a water shortage, snowmaking had to be halted during the time when temperatures were in the teens.  That just isn’t fair. As I understand though, all of the resorts are ready to crank the guns back up and retool the slope coverage.

Okay, time to get back to this week’s thoughts and I can’t going sideways.  Each time I got on the lift, a Winterplace lift attendant greeted me with a smile and a greeting of “it’s a great day to be on the slopes,” or “thanks for having fun with us today.”  I am a firm believer in positive messages, creates positive thoughts.  Yea, I saw some of the edges of the trails that I didn’t see on my last visit to the resort, two weeks prior, but the thought that it was a great day to be on the slopes kept popping up in my mind and life was good all over again.

My point here is that and this is true with every situation that maybe a bit of a challenge is that you make the best of the situation even if it isn’t exactly what you are used to having in front of you. Again, another thing you have heard me preach about (and Mike reminds everyone every now and then) is, just how much snow do you really need underneath your skis or snowboards to have fun on the slopes.  For me, I snowboard, just give me enough so my petex isn’t affected and I am good to go.

Now I ask the question, does a resort need to have every single trail open for a day on the slopes to be successful, heck no.  I had about two-hours of TOS (time on slopes) and there wasn’t going to be any way for me to get a run on every slope, if the resort was 100 percent open.  Instead, I knew the time available to me, I just pulled out my trusty trail map (remember those, they still come in handy), picked my route and made the best of my two-hours before the onslaught of the young skiers and snowboarders.

I don’t know about you but I checked the weather of where I am headed very closely about 48 hours prior to my departure.  This time around the forecast didn’t change much as it pertains to temperature but there was rain in the forecast right up until about 18 hours out.  As soon as the rain dropped out, what I was planning to wear and bring extra totally changed.  I am not going to go into great detail on that matter and save it for a possible upcoming column.  My point is, if I were to take the forecast that was out there as close as 48 hours, I might’ve pulled the plug on the trip, if I didn’t like the rain in the forecast.  We were coming no matter what, so it really didn’t matter, but you understand the point I am making here, give it time as the forecast could change on a dime due to a number of factors, like wind speed, wind direction, etc.

When my middle schoolers arrived to get their tickets and equipment, some were dressed like they were going to spend a night on the slopes in Antarctica.  I quickly suggested that they remove the facemasks (they were inside, too), neckups and seven layers of clothing.  Hey at least they will be prepared for the colder temperatures.  They were a little surprised the snow guns were not operating (I will have to work on that another trip) and didn’t want to get cold.  I later spoke with a number of these young skiers at the end of their evening and while the temperature did drop when the sun went down, they were still glad they had shed a few layers and asked me how I knew what to do.  Easy answer there, I told them I was old and they seemed to be okay with that reply.

Not one of my young skiers and snowboarders didn’t have a tired smile on their face and that’s because they had fun and thanks to Winterplace for making sure they had a good time for their first ski club trip of the season.  No, thank you Winterplace and every resort in the southeast for making sure that every skier and snowboard, young and old have a good time on the slopes, in whatever conditions are underneath of them.

Previous Post
Thank God that COLD and SNOW are on the Way this Week for Ski Resorts
Next Post
The Thaw Continues But Wintry Weather Arrives as Early as Tonight For Some Ski Areas!