Punxsutawney Phil and SkiSoutheast Si got it right! What’s the fuss about? 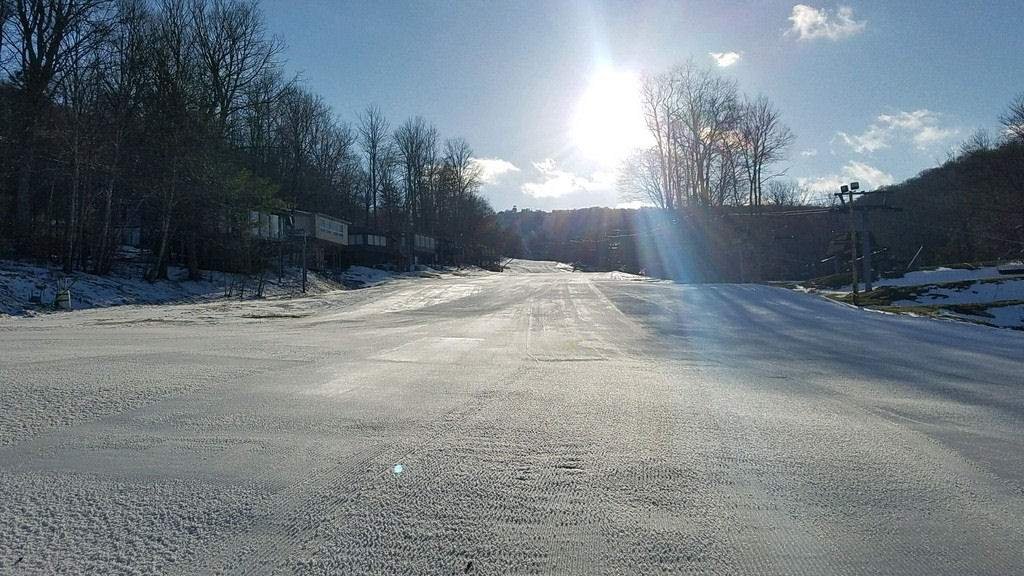 Good Friday morning peeps. Kenny Griffin is travelling this morning so he asked me to step in and handle the FirsTrax report this morning. I already had a lot to chat about as to have great conditions available at EIGHT ski areas in the region is enough to brag about. To have NO SPRING conditions reported at any of those ski areas and “no thin or bare spots” to report is also plenty enough to cover for today.

However, as I was watching the NBC Today Show this morning I saw where the Monroe County Sheriff’s office in Pennsylvania was reporting that they have a warrant out for Punxsutawney Phil’s arrest. As I watched further, the Today Show people actually reported that Phil never gets it right and that the sheriff’s office wanted Phil “because he got it wrong” when he forecasted six more weeks of winter.

We have indeed, gotten six weeks of winter and lots of cold air and snowfall to boot. Now that the Monroe County Sheriff’s Office is out looking for Phil, we have SkiSoutheast Si on lock-down under protective observation. (He’s sitting on a shelf in my office in plain site.)

I’ve been working with a client based in New York City and they’ve weathered their 4th Nor’easter in a month and the usually hearty New Yorkers are ready for Spring.

By the way, Phil’s picture is on the “warrant wall” outside the Monroe County Sheriff’s Office in Pennsylvania. It says he’s wanted for deception.

On Groundhogs Day on Feb.2, he had forecast only six more weeks of winter. His deadline was last week but much of the East coast, including Maryland, suffered from a “spring snowstorm” Wednesday. Marylanders received the most snow they had gotten all season.

Moving On to the Great Conditions at Eight Southeast and mid-Atlantic Ski Resorts!

Cataloochee Ski Area – 38-58″ base and six trails open from the top. I’m talking about Cat first today because of Tammy Brown’s attitude. She posted,

“Today’s clear blue skies and mid-40 temps, coupled with our recent spring snow could be the makings of one the best March ski days to date., reminiscent of… well…yesterday! Remember, we have thrown any idea of closing out the window and plan to ski and ride daily each day until 4:30pm until we say we aren’t!

Gotta love it. Skiing until we aren’t!

Snowshoe Mountain – Man I don’t know how you can talk about Snowshoe without mentioning that the 173″ of snowfall now on the season makes it THE MOST natural snow that the Pocahontas resort has seen in five seasons. You have to go back to the 2012-2013 season when Snowshoe saw 189″ of snow on the season to find one where they tallied their normal year-long average of 180″. Bear in mind that 38″ of that 173″ have come in the last SEVEN DAYS! So do you think conditions are good at The Shoe right now?!?!

Yea, us too. By the way MORE SNOW is in the forecast for tomorrow. Snowshoe has 38 slopes and 7 lift open with Powder and Packed Powder conditions.

The West Virginia ski areas have seen from 45″ to 60″ of snowfall in March alone. Compare that with Beech and Sugar Mountain’s 20″ of snowfall…

Winterplace Resort – there was some talk about not being open today, however Winterplace moved quickly to make their fans happy by announcing that they WILL be open today at Saturday with 10 +/- trails and they might stretch things until Sunday.

Wisp Resort is making their season pass holders and fans happy by surprising a few people by remaining open through this weekend with 18 trails open today. They’ve also seen a rather snowy period of late and 95″ on the season.

Appalalachian Ski Mountain – 40-60″ base, and 9 slopes open. Great conditions for this last weekend of the ski and snowboarding season for App. The are closing things out with their always popular “Meltdown Games”.

Enjoy Appalachian’s classic end of the winter celebration on Saturday and Sunday, March 24-25. A full weekend of crazy events you won’t see any other time of the year, with lots of snow, sun, and skin.

Bryce Resort – really cool to see them make it til this weekend. They TRIPLED their natural snowfall total on the year over the last few days with 8″ of snow…now 12″ on the season. Wacky season, huh? Bryce has 5 slopes and trails open for the weekend.
Massanutten Resort – Our own David McCue will be skiing at ‘the Nut’ either today or Saturday or both. We’ve received a lot of emails asking us about Massanutten’s schedule and Mass fans will love hearing that the Ski Slopes will be open Wednesday, March 21 – Monday, March 26 from 9 am – 5 pm. The Slopes will be closed Tuesday, March 27 – Thursday, March 29. We plan to reopen the Ski Slopes for one last weekend from Friday, March 30 – Sunday, April 1 (weather dependent) 9 am – 5 pm. They are playing on 5 slopes today.

Massanutten’s team are not quitters!

Speaking of snow…hats off to Sugar for playing on well past that of Beech, but MAN I am getting tired of their inflated snow total reporting this season. I’ve covered this morning than a couple of times this season, but Sugar had done so well with accurate reporting over the last few seasons, but SOMETHING or SOMEONE switched up this season and they have inflated almost every snowfall this season.

When you look at Sugar’s natural snow reporting for each storm it DOES show as odd/off, but when you look at their numbers-to-date you can see just how bogus it has been. Sugar has reported 72″ of snowfall on the season which WOULD put them close to the normal/average of 80″ +/- on a season….if it were accurate. It simply isn’t. According to three CoCoRaHs reporters on Sugar (Reserve), Seven Devils and Beech Mountain, BEECH MOUNTAIN saw more natural snowfall this season with 72″ of snowfall. However, one local “weather guru” who’s name rhymes with “Cray Cray” is reporting that Beech only saw 55″ on the season…even including the snows since they closed for the season. Meanwhile he is reporting the Sugar-reported 72″ of snow for Sugar.

Per our reporting Beech has seen 72″ and Sugar 67″. How a local weather-reporting website could claim that Sugar has seen 17″ more snow than Beech is bizarre.

Sugar Mountain IS playing on 10 slopes and trails AND offering night sessions as well.

By the way, a great friend of mine, Ron Kent, skied at Sugar at around sunset yesterday and reported, “Fresh corduroy at Sunset. Snow was awesome top to bottom.”

He also reported that he topped 53 mph on Switchback. That’s a testament to how well-groomed the slopes are at Sugar. Thanks Ron. I’m jealous.

That’s going to do it for me. I’ll be with you guys Saturday and Sunday and perhaps I can get some photos and videos from this weekend. Email me yours or any comments at [email protected]

Previous Post
It’s Not Over Yet at Cataloochee!
Next Post
Snowfall Continues to Fall in the Mountains as Eight Ski Resorts are Still Open in the Southeast