SKISOUTHEAST.COM – HOW IT ALL GOT STARTED 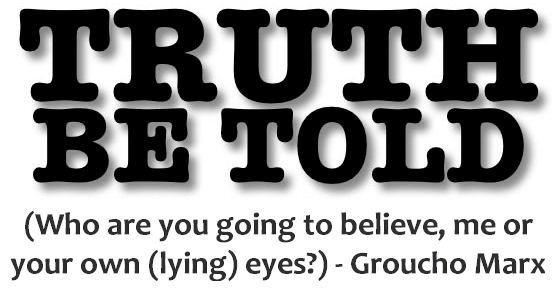 I usually start thinking about my column’s topic around Wednesday or Thursday of each week and even sometimes when I get in front of my laptop either Saturday or Sunday morning.  I received an email from the head bottle washer of this website, Mike Doble, letting me know he and his family were headed to Snowshoe Mountain this weekend and BAM – I knew what this week’s column’s topic was going to be – a sit down with Mike to find out how all this got started.

As memory serves me it was during the winter of 2000, maybe 2001, when I came across a website called skisoutheast.com.  At that time I was the Communications Director at Snowshoe Mountain Resort and was trying to keep up with all of the ski reporting/news websites that were popping up everywhere.  Again as memory serves me, I had an issue with a bit of information on the site as it pertained to Snowshoe.  I found the contact information for the site’s editor and a new friendship with Mike Doble began which continues today.

During our chat this past Saturday night, I found out some new information that prior to starting skisoutheast.com, Mike had actually been operating skinorthcarolina.com for five years and after the positive response decided to branch out and begin the regional ski industry website. That’s about the time we caught up with each other.

Our first conversations centered around snow reporting and through the years I would say we have probably had hundreds of the same type of conversations.  In my position at Snowshoe I handled what the resort reported for their slope conditions and being a skier (and later a snowboarder) I appreciated honest reporting and that hasn’t always been the case with every resort in the industry. We would sometimes talk for an hour or so on what and why things were being reported as they were.  I am and have always been a firm believer that “New Snow” comes from the sky not from snow guns and Mike right away understood my thinking and started looking closer to how resorts were reporting their slope conditions.

This is where I truly believe that this website has helped changed this aspect of the industry because Mike began calling a spade a spade by questioning or just flat out not using what some resorts were reporting because he could confirm that what they were reporting wasn’t fact.  This took courage because in some cases the resorts he was questioning were also spending money to advertise on the website.  None-the-less he stuck to his guns and slowly but surely the resorts began to see the light and their reporting was more in line with reality.

This, my friends, was a game changer within the industry in this region and most may argue that it wasn’t because of Mike and his website, but I know better.

I have been in meetings when things were said like, “Don’t mess with him, he (Mike) will call you out on what you are trying and you will pay for it in the long run.”

Any skier or snowboarder that comes across Mike at a resort should buy him a cold one because it is because of this website that snow reporting is more honest, plain and simple.

Our chat at Snowshoe was mostly two friends reminiscing about how things have changed through the years on how skiers and snowboarders get their information.  What amazes me sometimes is when I hear someone say viewers of Mike’s website only come from the southeast area, meaning they still don’t truly understand the internet.  I learned talking to Mike that during the ski season, which is basically November through early April, 4.5 million folks check out information found on skisoutheast.com and those folks are from everywhere not just this region.

Because of my current position with the West Virginia Ski Areas Association, I am interviewed quite often and I love it when I am asked how skiers and snowboarders can really know what they are going to find at the ski areas before they get there.  This is another area that Mike has helped changed in how the industry polices itself.  There is a link on this website to resortcams.com and you can now see live pictures of every resort in the region and see in real time just what it looks like on the slopes.  This, friends, is another game changer that you can pat Mike on the back for every time you head to the slopes. Mike once said to me that with ResortCams.com it’s basically, “What you see, is what you get.”

These webcams are not only used by skiers and snowboarders to check out the conditions but every weatherman in the region sneaks a peak at the various cams and many use the live video during their forecasts.  Mike has spoiled them by providing them free and live video from any resort in the region.  Every weatherman when they are talking about snow, love to show the white stuff and Mike (and partner resorts) give them the opportunity to do so.

Now don’t get me wrong, this website is a money maker – that is reality. But we live in a country that we are rewarded sometimes after coming up with an idea that is worth paying for and every resort in this region understands that fact.  This website is not the only thing that Mike has going – in fact you might be surprised that this is basically a labor of love for him.  It isn’t a spare time thing, but it would take another full column to completely go into detail what Mike’s main company AppNet is into these days.

This is my tenth year of scribing this column and I just hope that Mike will continue to allow me to reach out to you readers every week with my thoughts.  But at the end of the day it is because of Mike that this website even exists. So the next time you make that fun turn on your favorite slope and you found out the information from skisoutheast.com, you can thank my friend, Mike Doble.

Editor’s Note: I’m admittedly uncomfortable being written about and to be honest I think Joe gives me more credit than I deserve. While we certainly have the largest and most visited portal for “all things skiing and snowboarding” in the region – we’re not the only website out there keeping resorts “on their toes”. Fast forward to today and we now have TripAdvisor, Facebook, Twitter, Flikr, Instgram, Yelp and others who are posting reviews (good and bad). Scott Smith’s “DCSki” is another good resource that used to have more coverage for the Southeast but has since migrated mostly to focus his coverage to the Pennsylvania ski areas. I think that ALL of us have had a hand in effecting how and what ski areas report. While I appreciate Joe’s comments – I certainly don’t subscribe to any theory that I (or we) single-handedly did so.

I was surprised to read Joe’s “Don’t mess with him” comment as I had never heard that. However I DO believe in the “power of the pen” and perhaps once you get enough in the way of traffic – some “power” comes with that. Regardless – thanks for the kudos Joe!  – Mike

Previous Post
A Cool Drone Photo from at Beech Mountain on Saturday!
Next Post
What a Great Weekend It Was!