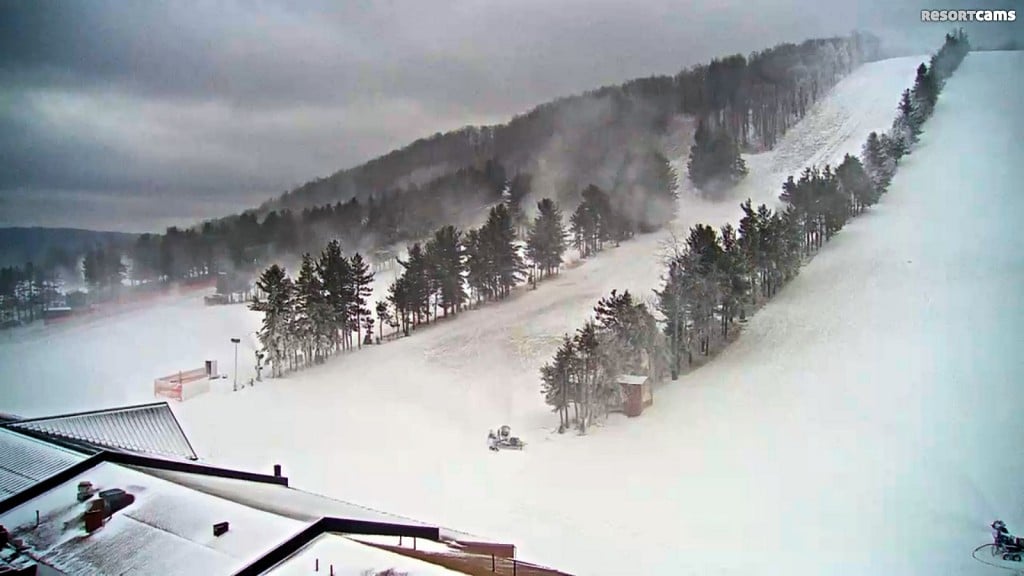 Okay already, let’s get this show on the road. Last week I wrote about all of the resorts in the region preparing to reboot the 2015-2016 ski season and during the week as all of the snowmakers were preparing to pull the trigger, #skiseasonreboot was born here at this website. Well I am here to say that reboot has begun, as the sound of snowguns again could be heard at various ski resorts in the region.

Now where do we go from here you ask? Well for starters, let us just forget about December, because without a doubt Mother Nature did. From an industry stand point, there really is not much that can be done because those skier days are lost and the best thing to do is to realize there is still a lot of winter left out there. So hence, Mike and I came up with #skiseasonreboot, because that is exactly what is going on in the industry.

(Editor’s Note: Joe is being gracious. That term is ALL Joe. Pretty cool too I might add.)

In case you didn’t notice, I sometimes make reference to the crappy weather and the fact that it didn’t only affect the folks in the southeast, but the mild December conditions stretched from Maine to North Carolina. That means that basically everyone was and is still in the same boat moving forward. I will say that the folks at Timberline in West Virginia were able to provide an on-slope experience and Wisp in Maryland helped kids learn what the sport is all about, while the rest of the ski resorts in the region decided to suspend their on-slope operations. Hey, because of that, folks like me can honestly say, there was skiing and snowboarding taking place, even though on a limited basis, but none-the-less still occurring.

Now we enter the Learn to Ski and Snowboard Month portion of the season, an annual event when the industry bands together to try and reach out to folks who have never tried the sport and to help them realize just how much fun they have been missing. So with that in mind, I think since it would be safe to say that the majority of the regular or seasoned skiers and snowboarders haven’t made their first turns of the season, why not bring a newbie along with you on that first trip of the year and let them experience what you already know, that letting gravity be your friend in the snow is a whole bunch of fun.

Let’s get back to #skiseasonreboot, I suggest keeping your keen eye on this website in the days to come because snowmaking conditions in the region continue to improve on a daily basis. When you see single digit temperatures in the forecast, you can rest peacefully that every possible snowgun is in operation at every resort in the region. You will be seeing slope numbers and open acreage increase probably on a daily basis, from nearly nothing on January 1 to I believe the majority of the trails becoming available for skiing and snowboarding by the time the Martin Luther King holiday rolls around later this month.

I truly believe that we have the best snowmakers in the industry located right here in the southeast. They know how, when and where to do it, so that every skier and snowboarder has an enjoyable experience when they put their plastic down for a lift ticket. I am here to say that each and every snowmaker takes pride in the fact that when their shift is over and they see the product they have produced, there is a sense of satisfaction that comes over each and every one of them. Yes, the art of snowmaking has become a bit more computerized recently but it still takes a human being most of the time to go out there and make sure everything is operating correctly. If you ever get a chance to meet a Mountain Operations Manager, ask them about the sleepless nights they had recently during the unseasonable weather pattern the east coast just experienced.

If you have looked at the upcoming weather forecasts and I know you have, I hope you realize that it is going to be because of the snowmaking power of the resorts in the southeast that this season is going to get kick started again. I have used the saying in years past that some seasons have been as hard getting underway as kick starting a 747, well this season it has been like kick starting the space shuttle. But it is going to happen and in fact it is happening as I put this week’s words down in a somewhat readable fashion, I know there are hundreds upon hundreds of snowguns operating at this moment from North Carolina to Maryland in the southeast. 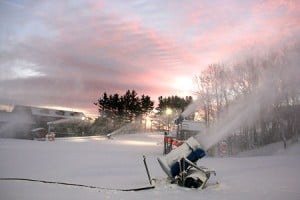 So let us all that are connected in some way with this industry, now look ahead and know without a shadow of doubt that there is still plenty of fun to be had out there at your favorite ski resort. I also want to again mention the fact, that along with your skis and snowboards, do not forget your goggles (Mike), this is going to be critical piece of equipment as I am here to say that snowmaking to going to be taking place any second the temperature allows. This is a time of necessity for the industry and every acre of terrain that is open is just going to mean that much more fun for every skier and snowboarder out there.

So let’s go folks, #skiseasonreboot is in full swing and if you are wondering what the conditions are like at your favorite ski resort, just check out the resort cams page on this website and that will help you take some of the guess work out of your decision on where to go and get your season underway.