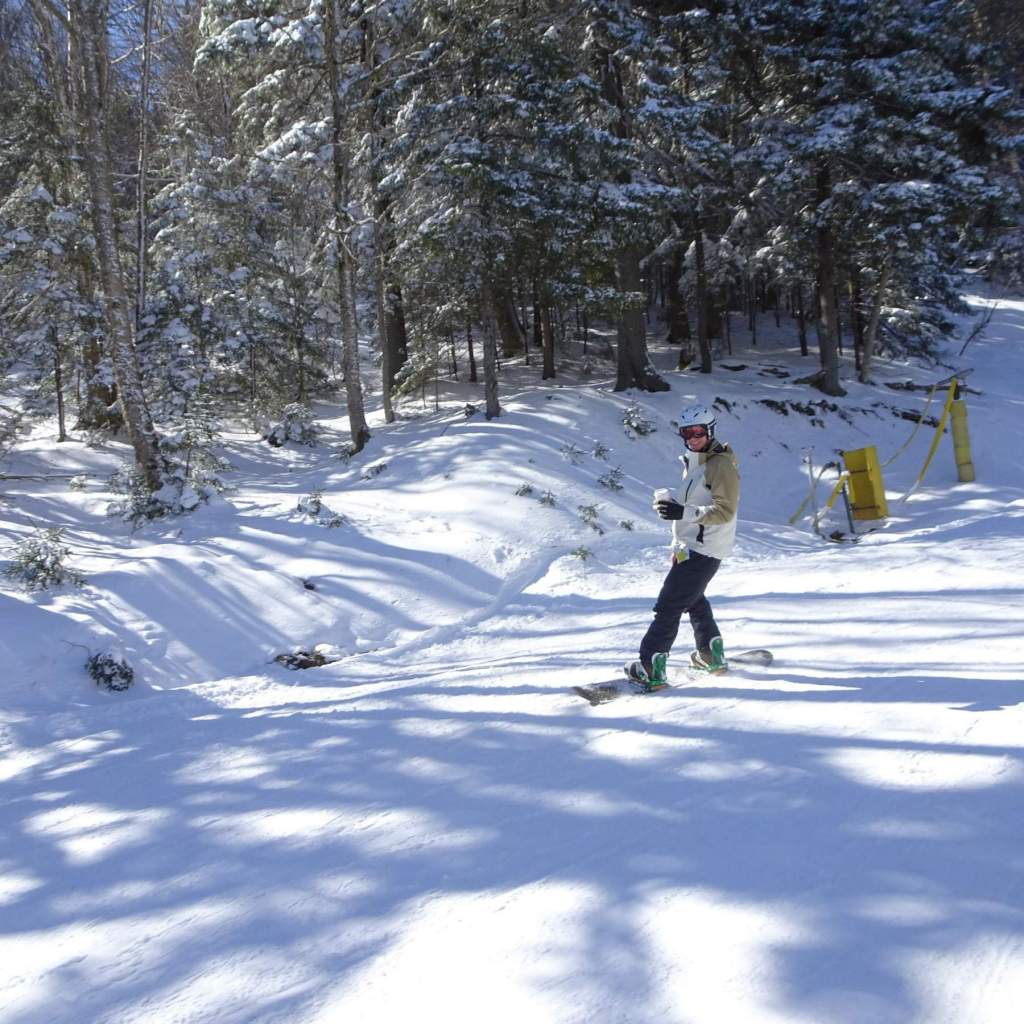 This is not the first time this has happened. In seasons past as February was winding down and conditions began to look questionable for the Ski Southeast Summit, held now annually at Snowshoe the first weekend in March,  a well timed storm would shake up the snow globe and turn the marginal to very good. Is this a coincidence? I am starting to conclude not, and clearly there is some wintertime voodoo we have worked again. To add to the magic this time was the return of much needed cold temperatures to allow snowmaking to resume in earnest, while the brutally warm February forced a lot of our resorts into early closures, the ones that were able to hold on are now in a position to keep providing us all with some great opportunities to keep skiing, possibly all the way into April.  Apropos of that be sure and watch Brad Panovich’s latest video forecast, not that he promises skiing into April but he lays out the details of an extended cold and snowy trend.  My fervent hope is to hear a lot more from Brad before this ski season ends. Groundhogs everywhere are breathing a sigh of relief because some grave threats were directed at them by late February. 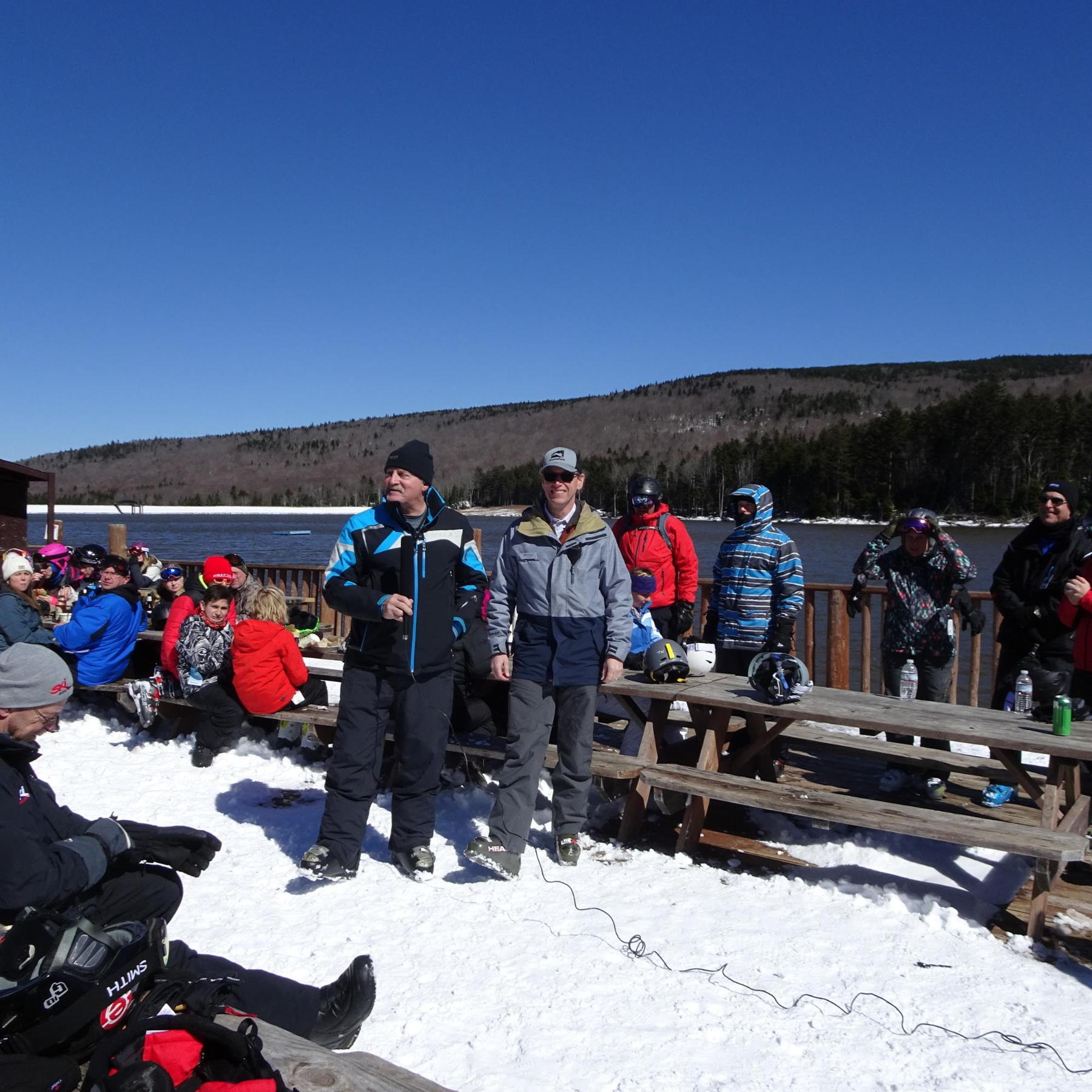 Good times and good news at the boathouse

The summit was as always a good time and a great opportunity for people to come together from the region and well beyond.  I think the long distance winner this time may have been from Houston; that is a long haul, so I’m glad conditions did turn around to make the journey worthwhile for her and others from points far afield.  Among the highlights was a gathering at the boathouse where Mike Doble, on top of the work he always puts into making this gathering a reality and a success, also decided we looked hungry and thirsty and so provided us all with food and drink and a place to hear some excellent news for future seasons and summits.  Frank DeBerry, Snowshoe COO, made the announcement that they will be making a four million dollar investment in snow-making infrastructure this year including the purchase of ninety low-e stick guns and seventy three of the best fan guns available, think Maseratis, or perhaps Teslas, not just Cadillacs.   What that could mean for opening terrain was made evident by what was accomplished with existing capacity last weekend, especially the insane turn around of conditions on Cupp Run without the help of any new snow on Saturday night. 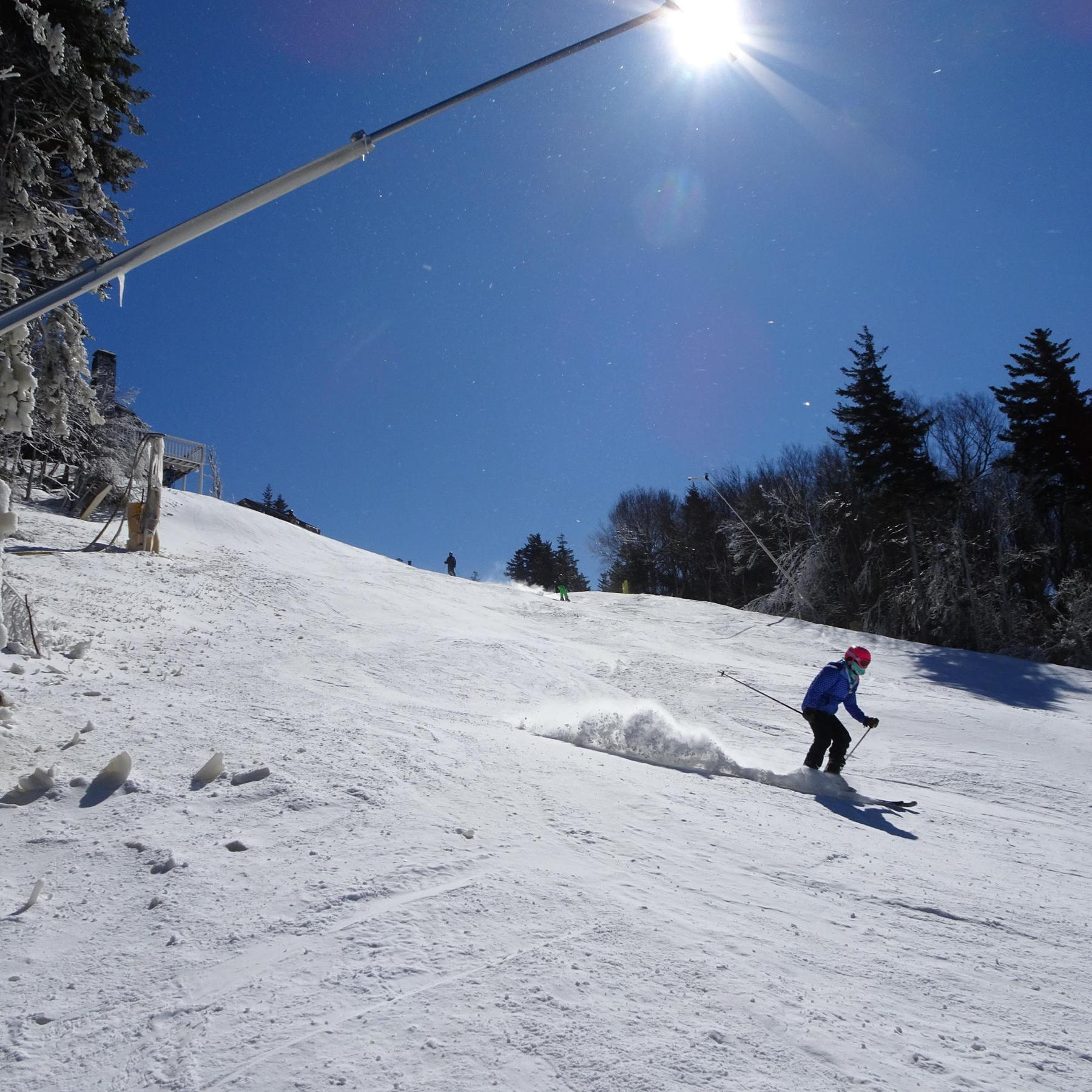 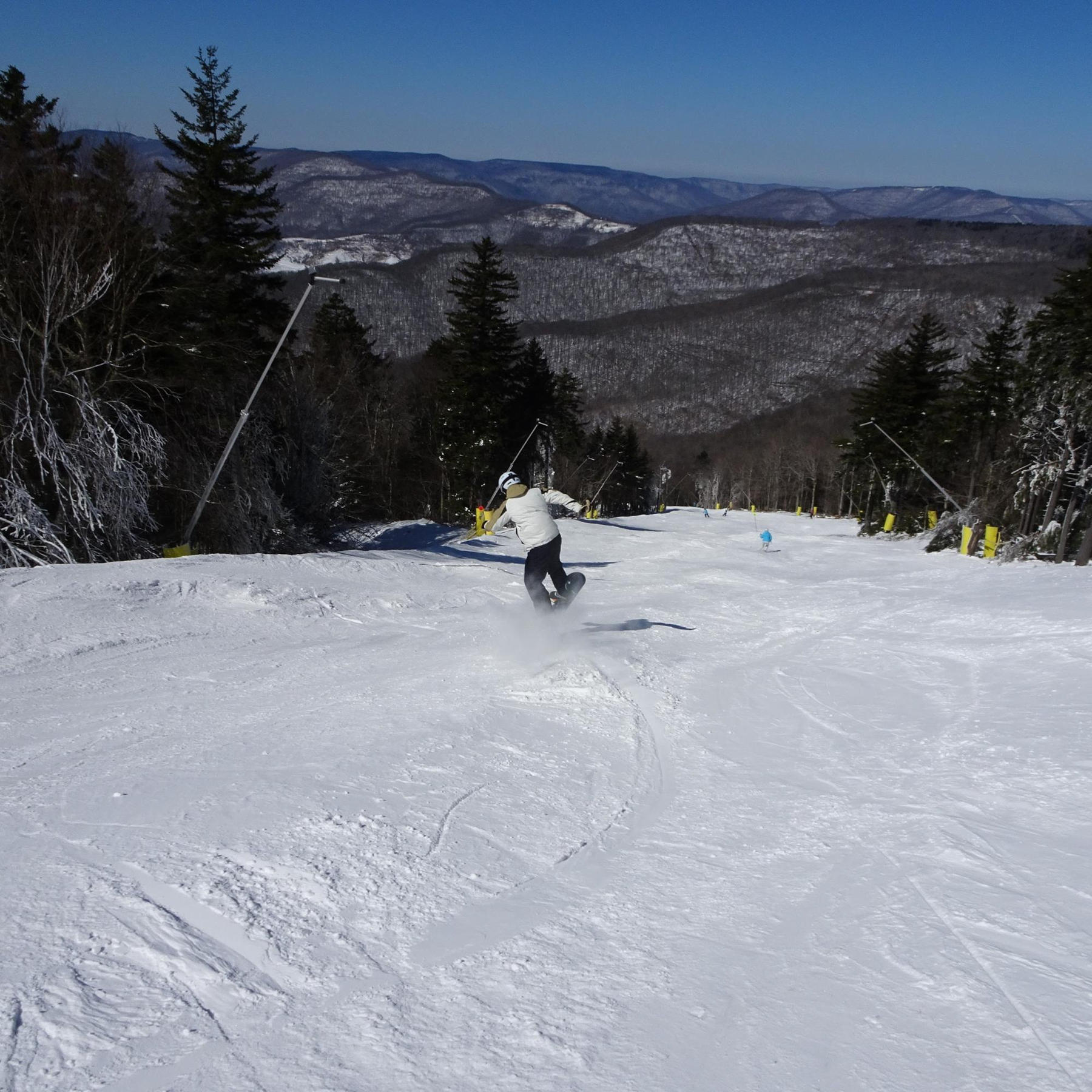 Aaron McCue making the most of It

I did not make it to the Western territory side of the mountain on Saturday but was told by others that Cupp run was hanging by a thread by mid-afternoon with portions barely the width of a groomer blade and people lined up to navigate those parts in single file.  So after first tracks Sunday morning I wasn’t in a particular rush to make it over there. When I did what I found was truly incredible, the entire 1500 feet of vertical was opened wall to wall, from treeline to tree line, both sides. I honestly don’t see how this was even possible in a snowmaking window of less than 16 hours but I’m loving what this means for the whole mountain next year. 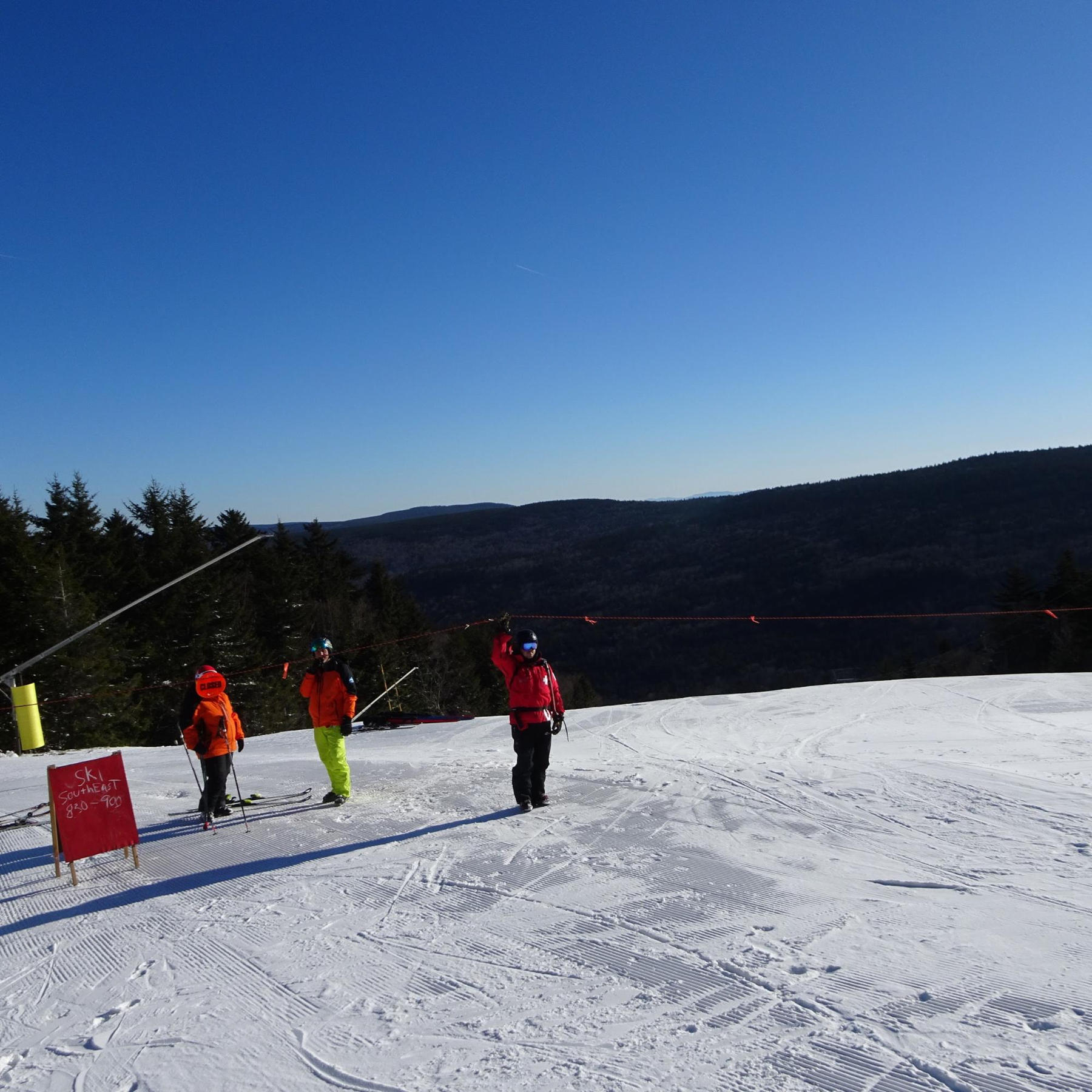 I’m on a roll I guess since for three years straight I have managed to haul my sorry self up on Sunday morning in time (just barely, boots unbuckled and goggles askew) for first tracks on the terrain under Soaring Eagle, including Widowmaker and Camp 99 this year.  This means ripping the fresh corduroy for about a half hour with other summit attendees while the rest of humanity must watch us making our unimpeded mach speed turns while they shuffle disconsolately about awaiting the posted opening time. Is it wrong of me to relish their obvious envy? That thirty or so minutes can really feel like a morning of skiing on its own.   On some previous summits I confess I have signed up for first tracks and then have failed to appear, a poor showing I know, and I think I was one no-show short of a lifetime ban, which probably would have been deserved. I blame much of that on poor cell phone technology and unexpected daylight saving time dates; who can prepare for such contingencies? Apparently most everyone but me. 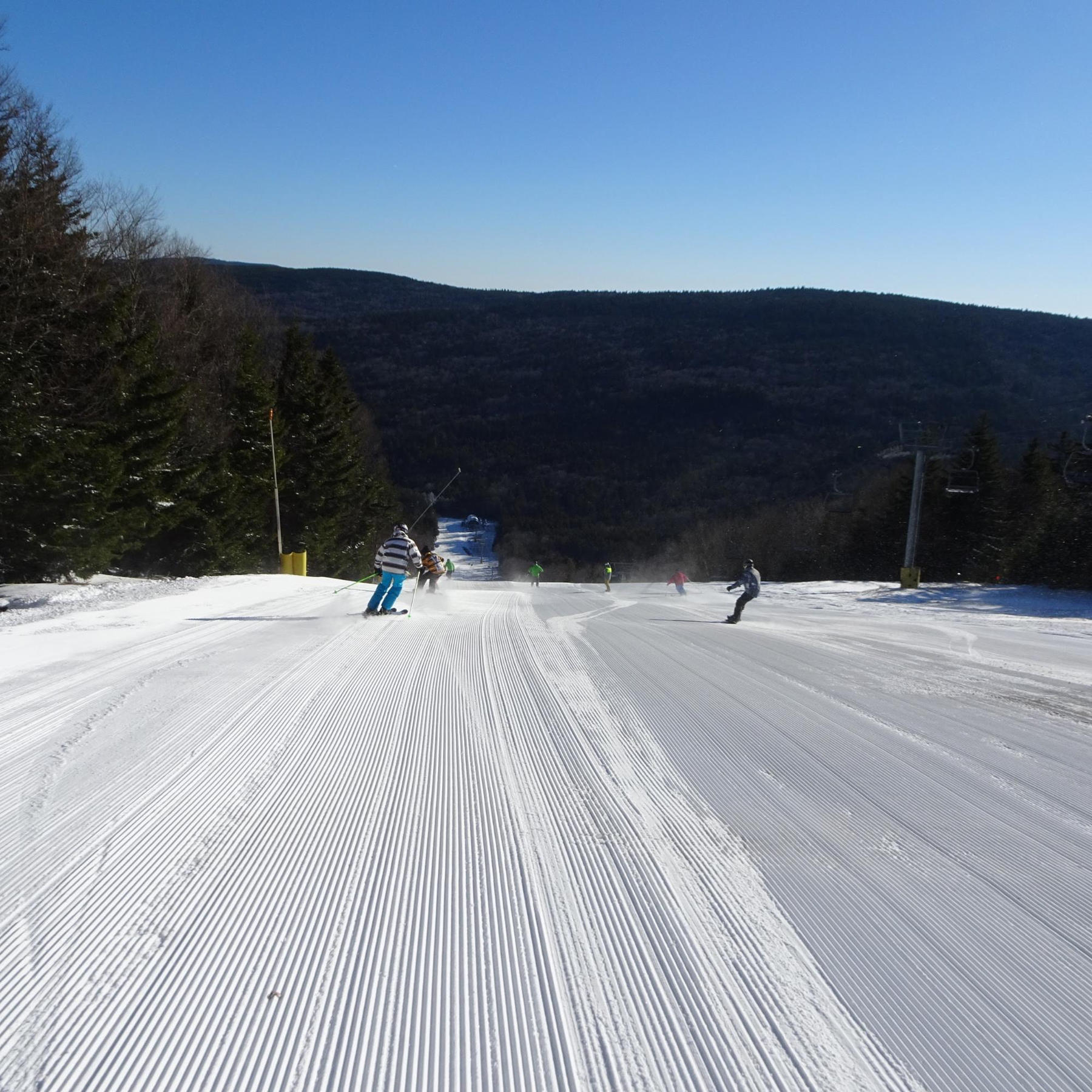 Yes please, we’ll have the mountain to ourselves.

Of course the other great thing about getting first tracks at the summit is that every lift ride is shared with other Skisoutheasters, meaning new friends and guaranteed runs with others I have known and skied with for over a decade now.  I’ve never gone to a high school reunion, but I try never to miss this one. Having one son along with me to share the camaraderie was double bonus points; his failure to make first tracks I’ll chalk up to deep mourning over Carolina’s loss to Duke which can be even more debilitating than the first morning of daylight savings time.  But at least he was well rested for those stellar runs on Cupp.

Another good year with with good friends

So thanks to Mike, Kenny, and all the folks at Snowshoe for another great Summit experience, rather than closing it out we have ushered in at least a few more weekends of winter.  Extra double bonus runs into April.